Gas Prices Must Hit $3 Per Gallon In U.S. Before Buyers Will Shift Towards Plug-In Electric Vehicles 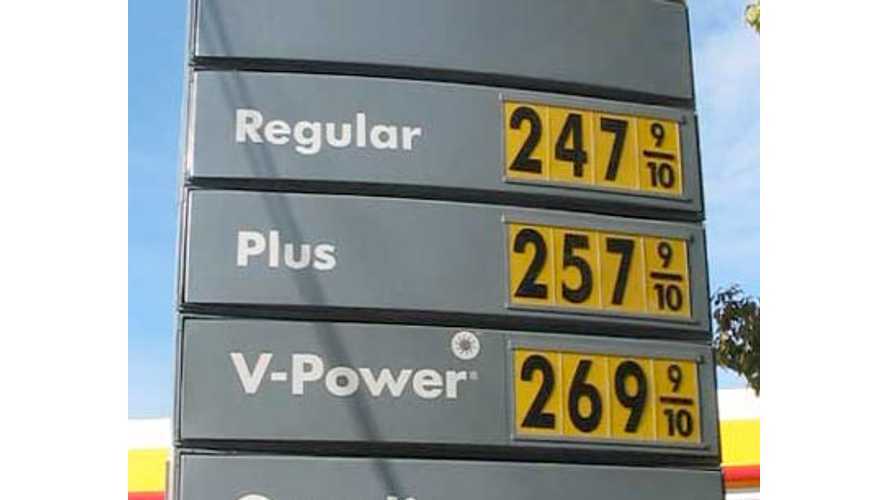 There was a time, not so long ago, when gas prices were pushing $4 to $5. However, EVs weren't really an option.

According to a study performed by MaritzCX, $3 per gallon in the U.S., is the number that gets consumers talking. Once gas prices hit this mark, or above, people consider it "expensive."

Gas prices have become nearly impossible to predict, and even the most respectable predictions have come out wrong as of late. It seems, especially in the U.S., that fuel economy is only a consideration of the average driver when fuel prices are high.

The Maritz study shows that people rank fuel economy as a No. 1 priority when the price of gas is over $3 per gallon. Now, when it is below $2.50, study respondents rank is as low as No. 10.

“With gas prices projected to remain under $3 per gallon over the next couple of years, we would look for fuel economy to remain at or near the bottom of the top 10 reasons to purchase.”

Quality and value were among the top priorities for most respondents, however, fuel economy was barely mentioned in the 2016 study. Obviously, the research found it to be more important to those that were shopping for a small sedan, than for those in the market for a Ford F-250 pickup truck.

U.S. gas prices have fluctuated between the $2 and $4 mark in recent years. In some places, there was a time that prices were even higher. But lately, the $2 to $2.50 pricing has stayed fairly consistent. Unfortunately for the EV revolution, people seem to be pretty content with this price point. It will exceed $3 again at some point. The low prices can't last forever.

When that time comes, EVs will be in a far better place than they are today in terms of availability, technology, pricing, and charging infrastructure. The rise in fuel prices will be surefire motivation for the masses to join the EV club. Until then, it remains the environmentally conscious shoppers that are crossing the bridge sooner.