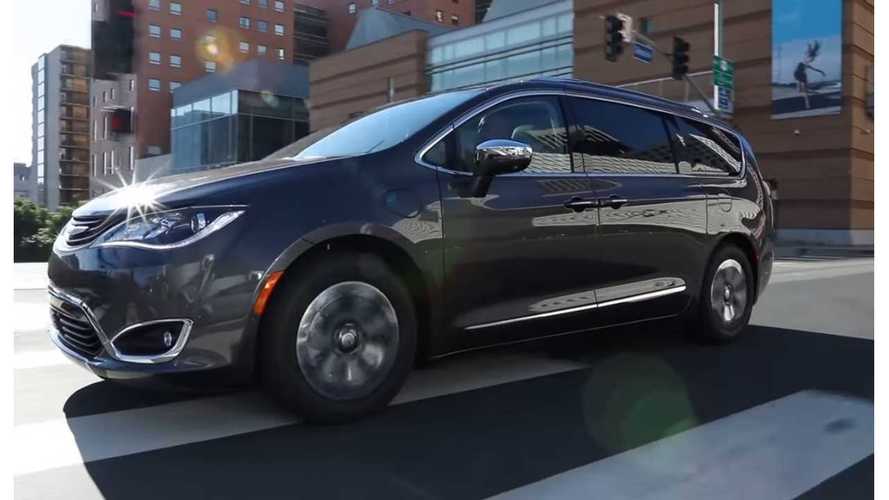 We recently filled you in with WardAuto's explanation of why the Chevrolet Volt engine made its "10 best engines" list again. Now, some words from Wards about the Chrysler Pacifica Hybrid. Ward's wrote:

Under the hood of the Chrysler Pacifica Hybrid

"As more electrified vehicles join the list of nominees for Wards 10 Best Engines, we’ve recalibrated our testing to recognize “propulsion systems” such as EVs, plug-in EVs, hybrids and fuel-cell vehicles as an ever-increasing part of the powertrain future."

Of course, this is how it should be. It's very encouraging that the publication recognizes and includes EVs.

With that being said, Wards is well aware that, just like ICE powertrains, there are "good" and "bad" electrified vehicles.

Anyway, I digress. The article states that the judges were impressed with the Pacifica Hybrid's "seamless drive quality" and its technological advancement. The unique eFlite transmission was made by FCA to smoothly pair the two electric motors with the gas engine, using a planetary gear and a one-way clutch. Being the first North American mass-market PHEV minivan helped as well. WardsAuto senior content director, Drew Winter, explained:

“The eFlite transmission shifts between pure electric mode and a combination of electric and gasoline engine propulsion without a hiccup."

Not your typical plug-in interior. Arriving in late January, the plug-in Pacifica Hybrid has 33 miles of range and room for all your useless junk...and maybe the kids too!

The two electric motors (one large and one small) and the gas engine combine for a total output of 260 horsepower. The gas engine is an Atkinson-cycle 220-horsepower 3.6-liter V6. It returns 84 MPGe and has a total range of 566 miles, 33 of which are battery only. Top electric speed is 75 mph.

The Pacifica Hybrid's 16 kWh battery charges in about 14 hours via a 120V household plug. It can charge in about two hours via a 240V, 6.6-kW onboard charger.

Wards was specifically impressed by that fact that the minivan performs much the same as its gas counterpart, and maintains all of its passenger and cargo space, as well as its smooth ride and composed handling. The only loss of space is under the floor, where folding seats would be stowed in traditional models. Wards concluded:

"The best part? The Pacifica Hybrid performs all these miracles without any drama, operating much the same as a typical gasoline-engine minivan. Simply push the ignition button, put it in gear, push on the accelerator and the machinery does the rest."