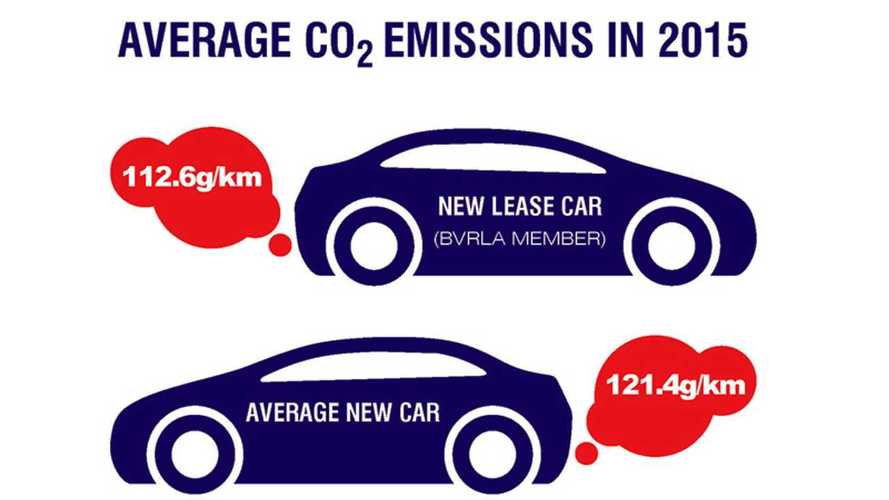 Plug-in electric market observers, especially in the U.S., long ago noted that leasing an EV is the way to go if you want to avoid some risk about battery capacity degradation or residual value uncertainty in the fast changing environment (new, better models for example).

Of course the base reason is it is also often the most cost effective way to drive an EV, especially when incentives are in play.

Recently the British Vehicle Rental and Leasing Association (BVRLA) discovered that in the UK, electric cars have a much greater market share among leases than the overall market for ownership.

In the fourth quarter those numbers accelerated to 1.3% and 4.7% respectively.

Because very high share of plug-ins, on top of higher ratio of small cars in leases than purchases, new leased cars are on average much cleaner in terms of CO2 emission.

"The BVRLA’s latest quarterly survey of its leasing members found that almost one in 20 (4.7%) of all new leased cars registered in the final quarter of 2015 was a plug-in, well-ahead of the market penetration achieved across all new registrations, which stood at 1.3%. Across 2015, 4% of BVRLA leasing members new additions were plug-in vehicles, compared to 1.1% of all new vehicles registered in 2015.

The leasing sector’s low-emission credentials are also demonstrated by the fact that more than 25% of lease cars now sit in VED band A (sub 100g/km CO2) while the overall market share for all new cars sold in 2015 stands at 20%.

Thanks to this ever-increasing adoption of pure and plug-in hybrid electric cars as well as low-emission petrol and diesel vehicles, the average lease car added to a BVRLA member fleet in 2015 emitted just 112.6g/km CO2, more than 7% less than the average new car registered in 2015."

"According to the latest BVRLA survey, leasing companies were responsible for around 1.3 million business cars and vans at the end of 2015, which was a 5.5% increase year-on-year."

“More and more businesses are turning to leasing as a source of finance and BVRLA members are helping these companies to operate cleaner, more fuel-efficient vehicles. The government needs to recognise that the company car or van is more than just a taxable perk and a valuable source of revenue for the Treasury. These vehicles are vital business tools that can play a huge role in reducing the UK’s road transport carbon emissions. Without a fair and simple tax regime for company vehicles, this won’t happen.”

Responding to the news on behalf of Go Ultra Low, Poppy Welch said:

“We’ve been encouraged by the growing number of fleets realising the multiple advantages of electric vehicles – and BVRLA members continue to play a pivotal role through education on whole-life costs and employee benefits. More businesses need to be bold, opening their thinking to incorporate electric vehicles and the cost-savings they bring.”