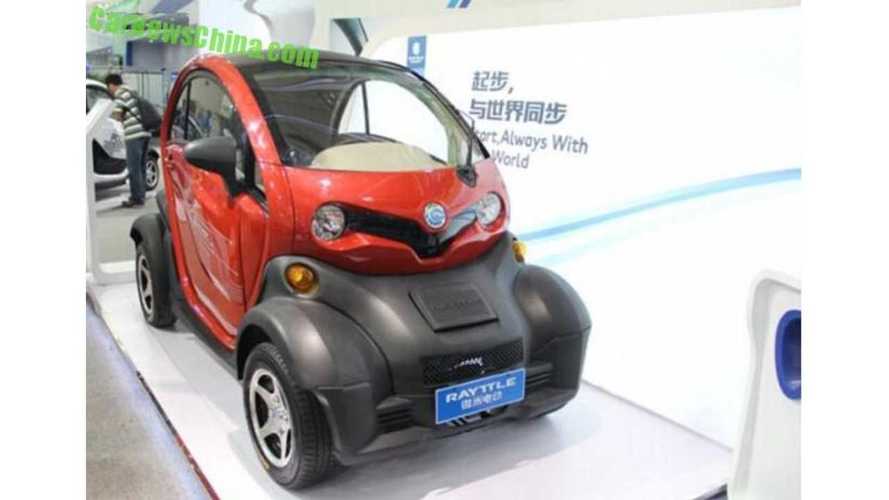 Here is the Rayttle E28 EV, which despite its slightly different dimensions, weight, plastics on the front wheels and taillights, looks almost exactly like the Twizy. There are some changes inside and to the drivetrain though.

Sales began in September 2014, but this clone news came out recently.

We would advise Renault to call police, but wait a minute...police are using the Rayttle E28 EV Twizy clone too. Arrggh!

"Litong New Energy says on its website that it “stands in the international forefront of fashion design”, and that the E28 has an “unique European style”.  Well, let’s see about that:

The Renault Twizy. Litong New Energy really did a very fine cloning job. Overall design is 99% similar. Grille, headlights, indicators, mirrors, window, roof, roofline, windscreen wiper; they are all the same. The only difference is the area around the front wheels where the E28 has wheel arches while the Twizy is open."