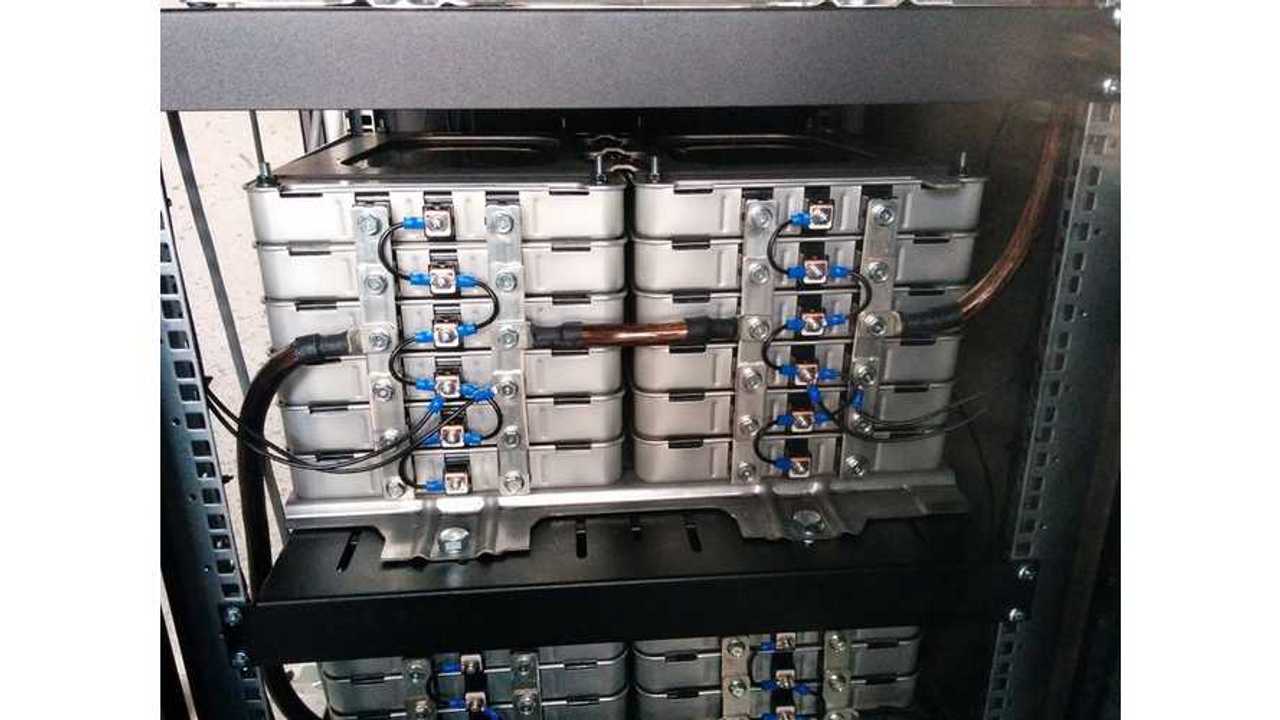 One could use a salvage battery pack from a Tesla or a Volt. The only problem is that those packs are liquid cooled and who wants to mess with that for an ESS (energy storage system).

However, Leaf modules are perfect for an ESS. Each Module has 4 cells with 2 hooked in series. Put 7 of these modules together and one has 48 Volts. They make a really sano ESS as shown in figure 1 and 2.

Editor's Note: This article is credit to the Nissan Leaf Forum. The particular post is from a gentleman in Norway with the handle offpist. So hat tip to “offpist” for letting us share it.

The handy Norwegian used a server cabinet to mount the cells. The cabinet has a glass door and cooling fans on top as shown in figure 3.

Not all of us live in California that has great TOU rates for putting kwh’s into the grid during peak. In fact utilities are on a campaign to charge more for using the grid as a storage battery. Here in Arizona, my utility has just started charging for Net metering - although the Arizona utility commission scaled back their rate request from the original  $120/month they wanted to charge. In addition my utility now pays me only 2 cents per kwh for banked kwh’s I have not used at the end of the year.

All utilities in the US are not the same. One on the writers here (Mark H) has a looming end to his good net metering rates and is also seriously considering a big battery for his PV system as a result.

If one could pick up a good deal on a salvage Leaf pack then one could have a dynamite little ESS for less $/kwh than lead acid. The person in this case paid $2,000 for the whole pack so on a per kwh basis the energy storage is very reasonably priced (even less than lead acid).

Of course the devil is in the details. You also need lots of other stuff to create your AC coupled “Island” as show in figure 4.

Personally, I would like to make a smaller version of this ESS. I think around 6 kwh’s would be perfect for a portable battery/ inverter system used for emergency power. I am seriously considering this as a compliment to the DC tap I explained in a previous article “Getting your Solar Array to Work when the Grid is down”.

What do you readers think? Is this a cool thing to do with salvage Leaf batteries? I think it’s a slam dunk answer yes.