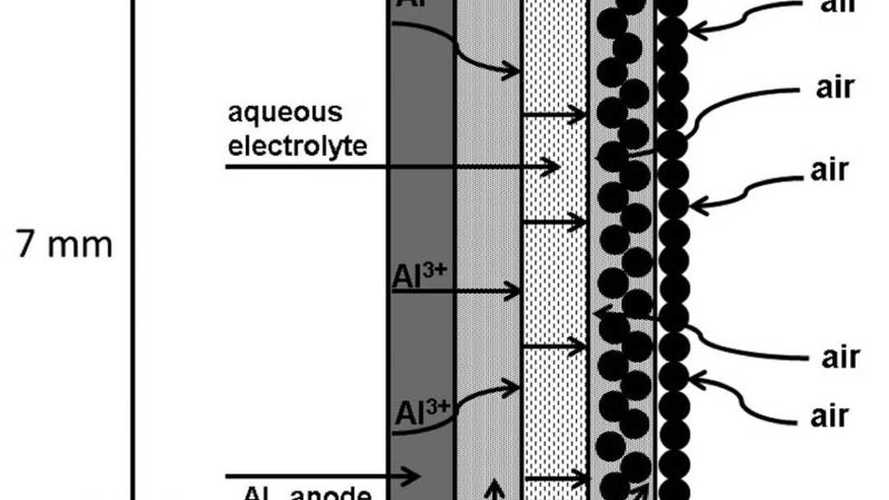 Japanese company Fuji Pigment announced that it has developed a new type of aluminium-air battery called ALFA and is preparing it for commercialization by spring 2015.

Unique for this type is that ALFA is rechargeable by refilling it with salty or normal water, which sounds similar to Phinergy batteries. We believe that this is more a primary battery as cells work "for minimum 14 days by refilling salty water or normal water occasionally".

Although we don't know details (energy density could be really high), nor if ALFA would fit these into electric cars (as a range-extender refill module for example), we do note this an another potential breakthrough.

A major barrier to commercialization has been the high corrosion rate of aluminium during the electrochemical process. In addition, byproducts such as Al2O3 and Al(OH)3 accumulate at electrodes, hindering further battery reaction.

Regarding this obstacle, Dr. Ryohei Mori at Fuji Pigment Co. Ltd. (headquartered in Kawanishi, Hyogo Prefecture, Japan; http://www.fuji-pigment.co.jp/en/index.html) has invented the new type of aluminium-air battery. He has modified the aluminium-air battery structure by placing ceramic and carbonaceous materials between aqueous electrolyte and electrodes as an internal layer. Owing to this modified structure, anode corrosion and byproduct accumulation were suppressed, which resulted in longer battery lifetime.

1. The newly invented aluminium-air battery can work just by refilling salty water or normal water once in a while.

2. Aluminium is an abundant, cheap and safe material which can be applied for metal-air batteries. Therefore, battery prices can be cheap.

3. The new battery can be manufactured and work in an ambient atmosphere because it is stable in ambient air conditions. Moreover, there is no need to worry about explosion or flammability like a lithium-ion battery.

4. All materials (electrode, electrolyte) are safe and cheap, and can be made very easily even in the house kitchen.

The aluminium-air battery has theoretical capacity more than 40 times that of a lithium-ion battery.

Scientific articles and a conference regarding the new type of aluminium-air battery are listed below.

Fuji Pigment Co. Ltd. is constantly improving the battery performance and planning to commercialize this new type of aluminium-air battery in the market by spring 2015."