Op-Ed: The Elephant in the EV Room, Part I: Let's Talk About It, Shall We? 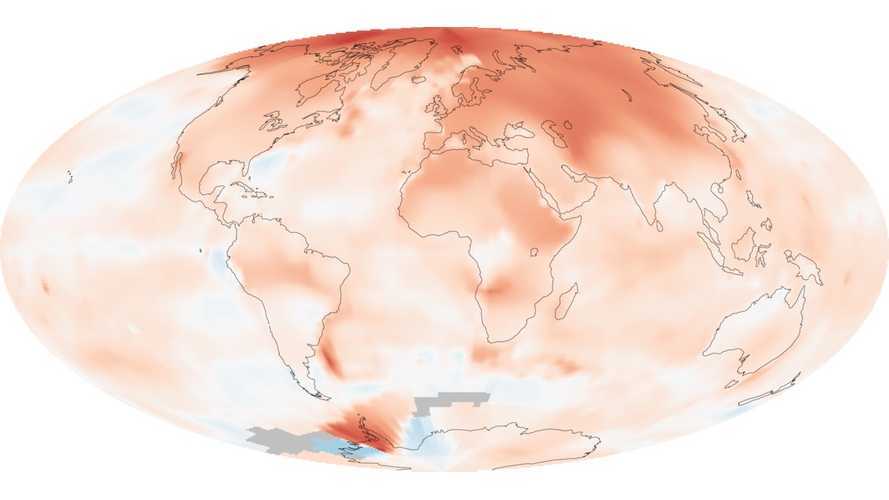 Since discovering InsideEVs about a year ago, it has quickly become one of my favorite websites. Besides the subject matter, I like the positive vibes of the site's editors: a very nice combination of competence and light-heartedness, that makes you want to come back for more.

There's one thing, though, that does bother me about the discourse here and in other EV-enthusiast forums. It is the seeming reluctance to acknowledge and discuss the role of EVs in mitigating global warming. This post (hopefully the first in a mini-series) will try to set the record straight.

Not only are there *very* few posts on the topic; whenever someone (often it's me) does bring it up in the comments, several people will jump up and quip that they couldn't care less about global warming and fail to see how it's relevant to EVs. Others will admit that they do care about global warming, but would rather not bring up such a "polarizing" topic here.

The end result a de-facto pact of silence on global warming, imposed on much of the EV discourse, especially in American forums. This, even though I suspect (and polls seem to support this suspicion) that we - those deeply concerned about global warming and keenly aware of its EV connection - are in fact a majority among EV enthusiasts, even in America and surely everywhere else. We are a majority who mostly chooses to censor ourselves, for fear of being set upon or "ruining the EV camaraderie".

Since "Ruining Camaraderie" is my middle name(s), I'll do it on everyone else's behalf then. In this particular post, I make the (easy-peasy) case that global-warming concerns are the front-and-center reason why EVs are now breaking into the automotive mainstream - and therefore the practice of avoiding discussion of the issue is rather ridiculous.

I came to the EV world from the environmental rather than the car-afficionado direction. So it has been surprising and pleasant to learn that EVs are an overall better technology than ICE (and as is my habit, it didn't take long for me to write about it). Nowadays it seems that every automaker who seriously puts their mind to it, produces an EV that wins awards and accolades that *can* become a jewel in its crown if it so wishes (GM, are you listening?).

So... why haven't EVs become more popular earlier? And why are they still just barely coming out of the fringe in most countries, and still on the fringe in many others? Well, the nature of human society is that Technology B being objectively better than Technology A is rarely reason enough to replace A - in case A is the convenient, familiar incumbent.

There are examples for this phenomenon all around us. A simple example is QWERTY. This awkward location of letters on our keyboards dates back to mid-19th Century, when it helped prevent lever jam on mechanical typewriters. Otherwise, it is notoriously inefficient and surely makes no sense anymore.

For many decades, people have been trying to replace QWERTY with something more sensible. The potential benefit is huge: even a 5% time saving from changing to a better configuration, is multiplied by the hundreds of millions of people QWERTYing around the globe.

Nowadays, most leading operating systems are compatible by default with QWERTY's most prominent alternative (shown above). And yet, we are no closer now to ditching QWERTY, than we were 40 years ago. Why? because QWERTY is the universal incumbent, it does the job well enough, and no one has the motivation to invest the extra pain and effort or pay for the upheaval involved in replacing it.

What's really needed in order to dump a dominant-incumbent Tech A, is one of these:

QWERTY certainly doesn't fit the bill on any of them. However, typewriters themselves are a classic example for #2, having been completely swept aside by the advent of the personal computer.

Another example, perhaps closer in spirit to the ICE:EV battle, is Windows vs. Linux. Despite Linux being objectively better on most counts, it still doesn't quite qualify for #2. I guess Windows still does the job; or rather, at least its odd-numbered versions do :). And the monopolistic operating-system market structure had denied Linux any level-playing-field chance.

Until the smart-mobile-device revolution came along. The smart-device field being new, rapidly-expanding, and free from Windows domination, Linux-based Android has quickly achieved a leading position there. Because it *is* objectively better. Windows OTOH has been relegated to the very fringes of the mobile-device market, in accordance with its lower overall consumer value (and consumer resentment at its monopolism).

Back to EVs and in particular BEVs. Sadly enough, as long as BEV ranges and charge times/locations are limited the way they are today (except for vehicles whose price is far beyond the average consumer's reach), BEVs cannot use #2 to break the ICE domination, surely not while makers and consumers pay the full price of tech development. And PHEV/EREV solutions are even more expensive.

Personally I think #1 (major crisis) qualifies as a reason for EVs to triumph: ICE technology and the associated economics is a chief culprit in global warming. Indeed, this sense of major crisis has been driving many consumers like me to consider EVs even the tech is not mature yet, and even if they cost a bit more.

Mass EV Adoption Due To Fear Of Global Warming? Not Likely.

But I must acknowledge that the global-warming catastrophe (which I'll treat in greater detail in subsequent posts) is rather like the proverbial pot of water that heats up gradually enough for the frogs swimming in it to avoid noticing they are being cooked alive (especially when so many "opinion-shapers" are telling them it's not really happening).

At least as of May 2014, global warming is not dramatic enough to completely change most people's economic behavior.

This leaves for EVs only option #3: levelling the playing field.

This is precisely the mechanism by which EVs are making their long-overdue comeback. The field is being levelled, mostly thanks to massive government subsidies to EV makers and consumers, all around the world.

US Federal EV Credit Program - Worth Up To $7,500 Per Qualifying Vehicle

Oopsie. I said it, the big bad G-word. There are few things anti-EV types like to hurl at EVs more than the accusation that we are nothing but a huge government-assistance program, "frivolous welfare for the green-minded." But this vicious spin ignores the context.

No one minds government intervention in the right context: anti-trust laws, consumer protection from hazardous products, etc. In our case, on the practical level EV subsidies serve mostly to level the distorted auto-market playing field. In any case, nearly all countries whose governments have spearheaded the EV-subsidies effort are democracies. Therefore their choice represent (albeit imperfectly) the will of the people.

Now... one point you might disagree about is whether indeed it's global warming that is driving these subsidies. There are, of course, many other good reasons to support EVs:

We are all very familiar with these rationales. First, people and in particular American politicians love trotting them out in order to avoid talking about global warming. Second, all these other motives have been around for many decades. We were literally raised knowing them.

BMW i3 and BMW i3 REx Both Qualify For An $2,500 CVRP Rebate In California (Along With All Other Road-Worthy BEVs)

No, my friends. You cannot avoid the conclusion: global warming and the recent, increasing, massive sense of emergency it has generated, is the 800-pound gorilla sending far more public (and private) money into EV technologies, more than all of the pre-existing motives put together. And that's what is finally making the playing field less rigged in ICE's favor.

To summarize, the take-home message is

Note that this post is NOT about whether you agree global warming exists or not, or what should be done about it. This post is about the two points I just listed.

So the next time you see someone discuss EVs' CO2-footprint considerations on this site, and you are itching to jump in and proclaim:

"I love my Leaf, but I don't give squat about global warming and I don't want to hear about it here..."

Stop for a moment and realize how silly this statement is. Regardless of your stand on global warming or on where/when/how (not) to broach the subject, the fact is most of us wouldn't have been able to afford our EVs - or possibly even to see an EV anywhere around us - unless other people with the required money and authority cared enough about global warming, to make EV development a top priority.

That's all for now. In the next post, I will explain why I don't believe in global warming.