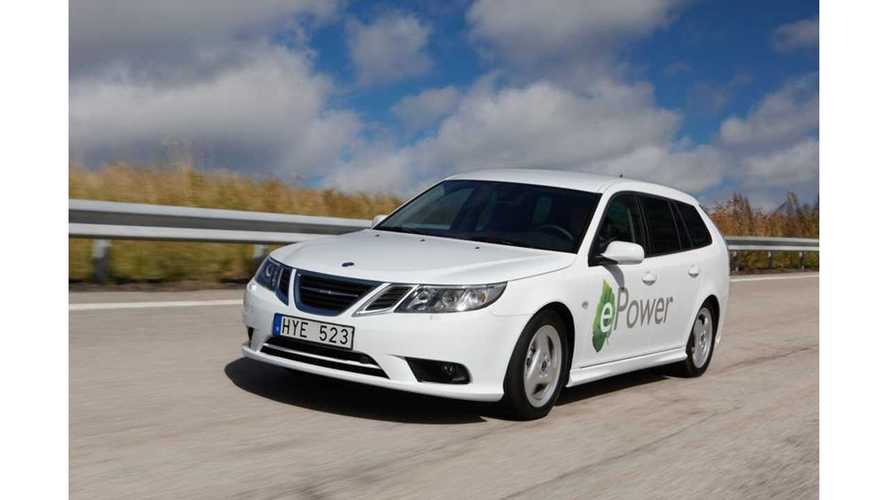 It took approximately 15 months from the time of acquisition, but National Electric Vehicle Sweden finally achieved what some critics thought to be impossible: restarting Saab 9-3 production.

These 2 9-3s are petrol vehicles - not electric (based on the existing generation that was launched in 2002) were built to ensure the line is operational.

Soon however, NEVS will start production of the pure electric version of the Saab 9-3, but before that happens, more ICE 9-3s will be built to iron out any kinks in the production and build process.

All of the ICE 9-3s to roll off the lines in the coming days (weeks or maybe even months) have been purchase by Chinese government agencies.  These vehicles will not be sold to the public.

But the upcoming electrics will be marked for retail sales.

NEVS says that the 9-3's lithium-ion phosphorus cells are manufactured in Japan before being assembled into battery packs in China.

Additional (reliable) info on the electric 9-3 is scarce at this time.  However, we do now that it'll make its first appearance sometime next year, but it won't officially launch until 2015 after making a grand debut at the Frankfurt Motor Show that year.