The ID.4 and Q4 e-tron ride on the same platform. Which one is the better alternative to the Tesla Model Y?

If you're in the market for a relatively affordable, all-electric SUV, the Volkswagen ID.4 and Audi Q4 e-tron are two of the latest options. While one is a luxury crossover and the other is mainstream, they both carry starting prices of around $40,000, which is much cheaper than the popular Tesla Model Y. In addition, both the Audi and Volkswagen are eligible for the full $7,500 US federal EV tax credit.

Volkswagen Group aims to overtake Tesla as the world's top EV maker. It launched the ID.4 some time ago as a 2021 model, and the SUV has earned plenty of positive reviews. Now, the 2022 Q4 e-tron has come to market: not to be confused with the larger and much more expensive e-tron that's been available since the 2019 model year. The Audi rides on the same platform as the VW, but there are some obvious details that set these crossovers apart.

For comparison, the dual-motor all-wheel-drive Tesla Model Y Long Range starts at $54,990 and has 326 miles of EPA-estimated range. It is not eligible for the federal tax credit. The only other current Model Y variant is the Performance model, which starts at $61,990. Tesla offered a "base" version for a brief time, and there's a chance it will return in the future, but no promises.

Cleanerwatt did all the research to compare the Volkswagen ID.4 to the Audi Q4 e-tron so that you can make a confident buying decision. Check out the video to learn what sets these electric crossovers apart, which is the arguably better option, and why?

Check Out These Related Articles, Too: 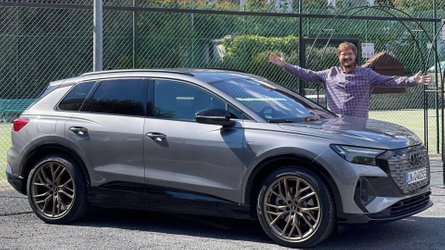 Audi Q4 E-Tron First Drive: Is It Trying To Be Too Serious?
⠀ 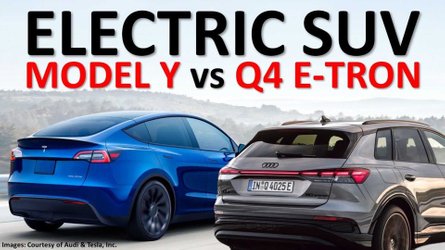 Tesla Model Y Vs Audi Q4 E-Tron: How Do They Stack Up?

Once you've had a chance to watch the video, let us know if you'd rather have the ID.4 or Q4 e-tron. If you'd choose the Model Y over both of these options, let us know. However, we'd still love to know which of the two Volkwagen Group rivals you prefer, and why?