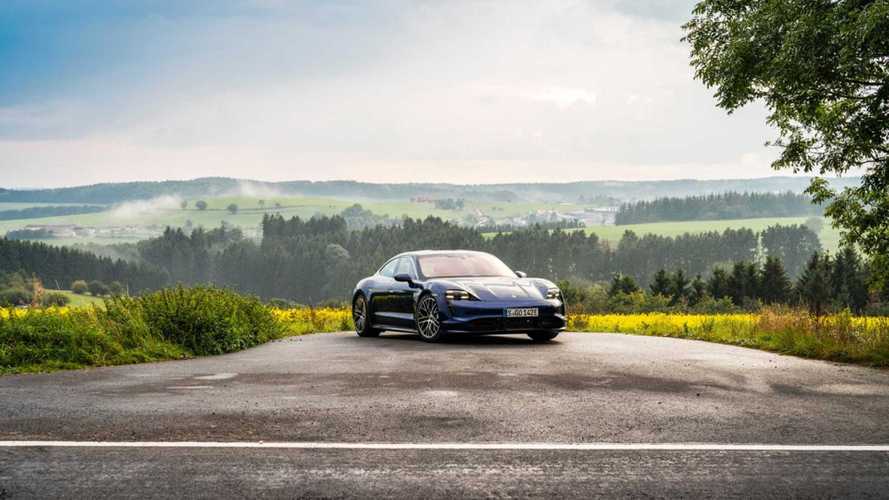 It's different, but is it better?

Porsche's implementation of the regenerative braking system for the Taycan is different than the systems on other electric vehicles available today. It's both very strong and very weak at the same time, it just depends on how you look at it.

Porsche wanted to do two things when they were designing the Taycan's regenerative braking system.

First, they wanted to recuperate as much energy as possible, and they believe they achieved that goal. Porsche engineers have said that as much as 90% of the Taycan's braking will, on average, be achieved through regenerative braking. The Taycan is capable of generating up to 265 kW into the battery pack.

That's accomplished by adding the front motor's 175 kW regeneration capability, and the 90 kW recuperated by the rear motor. To put the Taycan's 265 kW regenerative braking potential into perspective, the Tesla Model 3 can generate a maximum of 77 kW, less than 1/3 of what the Taycan is capable of pumping back into the battery.

Secondly, they wanted to make sure the Taycan would be well suited for high-speed driving on the autobahn, as well as for the track. Strong lift-off regeneration can be cumbersome when the vehicle is being driven at high speeds, and it can cost you lap time when you're running on a track.

For those not used to these terms, lift-off regeneration on electric vehicles is when the vehicle automatically employs the "engine braking" upon lifting the accelerator pedal and converts the vehicle's kinetic energy back into stored energy in the battery. Strong lift-off regenerative braking systems are sometimes called "one-pedal" driving because you accelerate and slow down using the one pedal.

This is what the Taycan does, except the lift-off regeneration force is milder than on most other EVs. In fact, you can barely feel the vehicle slowing down from recuperating, it basically feels like the car is coasting. However, when the driver presses the friction brake pedal, the Taycan doesn't actually actuate the friction brakes unless you really need to stop in a very short distance. What is actually happening, is the vehicle is stopping by using engine braking and recuperating as much energy as possible.

In recuperation off mode, the Taycan basically coasts. It's not complete freewheel coasting, but it's very close. With recuperation on, the lift-off regeneration is dialed up a notch, but still not anything close to the strength of what EV like the Tesla Model 3 or Nissan LEAF have.

With auto-recuperation selected, the Taycan uses the front-facing camera to keep a proper distance between your vehicle and the one in front of you. It will seamlessly use the regenerative braking system to slow down the vehicle when needed.

I've driven multiple Taycans over 900 miles so far and this is the setting I have come to appreciate the most. It just seemed to me like it was the best blend of coasting and regeneration when needed.

I've always been a proponent of strong lift-off regeneration. One-pedal driving is something that I think helps distinguish electric vehicles from their conventionally-fueled counterparts, and I really think it improves the EV driving experience. However, after spending time (about 1,000 miles) driving Taycans, I've come to appreciate the Taycan's regenerative braking system for what it is. It works on the Taycan.

The one thing I would change if I were a Porsche engineer,(anyone listening?) is I would give the Taycan regen pedals on the steering wheel, like the Chevy Bolt and Hyundai Kona Electric have. I think combining the current system that Porsche has, with the ability to instantly add maximum regen at your fingertips, would make a very good regenerative system even better.