What Honda Clarity Owners Want You To Know About Their Car 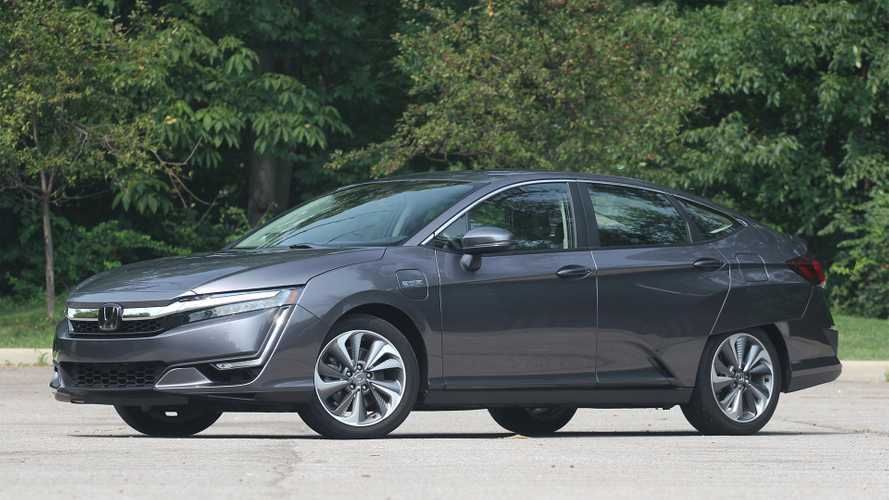 Too often we professionals review cars in a bubble. We live our own lives while reviewing a car, and those lives may be entirely different from yours. We don’t even have our own hard-earned money on the line like you do.

So rather than give you our straight review of the 2018 Honda Clarity Plug-In Hybrid, we’re going to hand the mic over to those who really know what they’re talking about: the owners.

More clarity on the Clarity:

Deep within the InsideEVs Forum, there’s a section devoted entirely to the Honda Clarity Plug-In Hybrid. It’s one of the most popular forum sections, and there are dozens of engaged owners in there talking about the pluses and minuses of Clarity ownership. Let’s hear what they want you to know about their car...

Zor says: The Clarity is really designed as a mid commuter car for people with 48-mile round trips or more if they have access to a charger at work. The car does well in stop and go. You are likely to see low 60 miles of pure electric with stop and go traffic between 30-50 mph assuming a slightly gentle food on the gas and break.

InsideEVs says: Zor is spot on. During our week with the Clarity, we drove farther on battery power than Honda’s official 47-mile rating. While your all-electric range will vary depending on how you drive the Clarity and whether it’s hot or cold outside (colder temperatures sap range), there’s more than enough all-electric miles to get most people to work and back.

Peter CC: One pedal driving: Select Sport Mode, and pull back on the deceleration "-" paddle selector four times for its maximum effect. The vehicle will remember Sport Mode from your most recent drive, however the paddle process has to be repeated every time the "Drive" Shift button is selected, e.g. from "Park" to "Drive" or "Reverse" to "Drive". Review the "Deceleration Paddle Selector" section of the Owner's manual, page 390 in my electronic copy, for more details regarding when the vehicle will override your deceleration wishes. In this Sport/deceleration ("-" x 4) mode, fully releasing the accelerator provides substantial deceleration.

Be aware that although your vehicle may be decelerating rapidly, your brake lights will not be illuminated. This may startle or confuse a driver following you, especially if they are following closely.

InsideEVs says: Peter’s “One pedal driving” instructions are for turning on the regenerative braking system’s strongest setting. This allows the driver to pull on a paddle behind the steering wheel marked with a minus sign to decelerate the Clarity PHEV without touching the brakes. While the vehicle slows, it’s also turning the car’s forward momentum into energy that goes back into the battery pack.

Peter’s warning at the end is important to remember: using the paddles to engage regenerative braking setting does not activate the car’s brake lights. Also, the Clarity’s strongest setting isn’t so strong it can be used to stop entirely without the brakes, like in some other pure EVs.

Ordell98: The driveability, the plug range, the interior size, the trunk: these bread and butter items are what matters to most readers/buyers more than the ability to hypermile like a pro.

InsideEVs says:We couldn’t agree more. Even if the Clarity weren’t a plug-in hybrid, it’d still be a stylish (particularly the interior), comfortable, and practical car that’s easy to live with.

Sandroad: The car has lots of cool features; read the owner’s manual and you’ll get a lot more out of the vehicle!

InsideEVs says: We suggest sitting in the car while flipping through the manual to learn about each feature, so that you can practice turning things on while they’re right in front of you.

1) No one should consider that they’ve driven it unless they have driven it with a charged battery. 2) This is basically competing with the Volt, as one of the two plug-ins where the vast majority of your daily commutes will be all-electric.

InsideEVs says: The Volt is really the Clarity Plug-In Hybrid’s only direct competitor. There are other compact and mid-size plug-in hybrids like the Ford Fusion Energi, Toyota Prius Prime, Kia Niro Plug-In Hybrid, and Hyundai Ioniq Plug-In Hybrid, but none approach the Clarity and Volt in terms of all-electric range. Indeed, none of them offers more than 30 miles of electric range, while Honda and Chevy offer 50+.

stacey burke: This isn’t a negative about the car but you have to be sure that you’re eligible for the $7,500 Federal Tax Liability. If you are not sure you need to see someone that can help you. And you need to research your state to see what help they can give you. There are also some utilities that give money for chargers. It may take some work to make sure you get what you are capable of receiving.

InsideEVs says: Stacey is right in that you should do your homework to find out how many federal and state incentives you’re eligible for when buying a Honda Clarity Plug-In Hybrid. The easiest solution, though, is to lease one, because the tax incentives are all applied up front. This way, you realize the cost savings immediately rather than having to wait until next year’s tax season.

Insightman: Everyone naturally compares the Clarity to the Chevy Volt. Chevy calls the Volt a range-extended electric car; Honda called this variation of their Clarity a Plug-In Hybrid.

As a range-extended EV, the Volt runs on battery power until the battery is exhausted, then it starts up its range-extending engine. In a non-intuitive contrast, the Clarity PHEV uses both its EV capabilities and its engine to maximize overall efficiency. As a result, the larger and heavier Clarity PHEV matches or exceeds the efficiency of the Volt.

InsideEVs says: Insightman brings up a small but important distinction between the Volt and Clarity Plug-In Hybrid: The Volt will operate in pure electric mode when you want it to, while the Clarity doesn’t offer that option. With its battery pack full, it will mostly operate in pure electric mode, but its computer brain reserves the right to kick on the engine if it calculates it would be more efficient in a given situation. Usually this occurs when you mash the accelerator all the way down and the Clarity requires both power sources to marshal its full grunt. Otherwise, it mostly operates as a pure EV when the battery pack is charged.

InsideEVs says: Noted! Many efficient vehicles these days have ditched heavy full-sized spare tires in favor of a 24/7 roadside assistance program and can of Fix-a-Flat.

InsideEVs says: It is very quiet inside the Clarity, especially so when operating on battery power alone. You can hear the whine of the transmission, but otherwise it’s luxury car quiet inside.

dstrauss: You can just get in and drive it. In fact, the ONLY decision you should make is whether you want to conserve battery for end point driving on long distance trips (in other words, switch to HV drive mode and save the battery), or burn down the battery and increase the effective mpg for the entire trip. I'm firmly in the "former" camp.

InsideEVs says: What dstrauss is talking about is the strategy of saving your EV-only miles for the end of a long trip. For instance, if you’re driving a few towns over for some all-day errands, you may want to select the HV drive mode while you’re on the highway, which keeps the engine running to maintain the battery pack’s charge. Then, when you exit the highway, you have your full 50 miles of electric range to drive around in city traffic where it’s most efficient to do so.

Carro con enchufe: I would like to point out that many reviews complain about the “small” size of the gas tank. I take issue with this for the following:

1. If you use the car as a commuter vehicle, you’ll likely go thousands of miles between fill ups. Why carry around extra fuel? 2. For long trips, you’ll get about 250-300 miles per tank. So you may have to stop every 3-4 hours to refuel. You may wish to research how many humans can hold their pee longer than that. I certainly can’t. 3. Most people getting the clarity are into electric cars. Even if you’re on a road trip and have to stop every 250-300 miles, that is exactly the same range as most Tesla’s, more than the Bolt, and definitely more than the new Leaf. So it’s hypocritical to praise those cars yet criticize the Clarity for lack of range.

4. Most BEV owners I know also have a backup ICE car in their garage for long trips. The Clarity is the complete package. You don’t need a backup car for trips, because of the gas backup engine. It’s now replaced my wife’s SUV as it’s more comfortable and fuel efficient on long trips. I mean… that trunk fits a ton of stuff!

InsideEVs says: Fueleconomy.gov lists the Clarity Plug-In Hybrid as having a total range of 340 miles and an electric-only range of 48 miles. As we’ve already mentioned, it can easily exceed its official electric-only range. And 340 miles, gives or take a few, does not strike us as exceedingly short for a new car’s total range, regardless of whether it’s a gas-powered car or includes electrification.

dstrauss: They really need to make the next model a hatchback. I can't begin to explain how good of a cargo hauler my little Prius Gen 3 was compared to my Clarity by being able to drop the seats and lift the hatch.

InsideEVs says: Many fuel-efficient vehicles are hatchbacks to begin with, not just because it’s a supremely practical shape, but also because it lends itself well to being aerodynamic. We’re not sure why Honda made the Clarity a traditional sedan, but we’d welcome a switchover to being a hatchback like dstrauss suggests.

DaleL: I have read several reviews and people’s comments on this forum as to how noisy the engine is in HV mode. In particular, Consumers Reports’ review states: "...its loud gas engine...." and "...the four cylinder engine awakens with a ruckus that's strikingly loud." I now have over 4,000 miles on my Clarity Touring and I find the engine to be so quiet that it is almost impossible to tell when the car's engine is on.

InsideEVs says: We agree with DaleL. In most situations when the gas engine comes on, it’s not that loud at all. In fact, it’s more felt than heard. It’s loudest when you’re driving on the highway with HV charge mode engaged, and that’s because the gas engine is both contributing motive force to keep the car going as well putting energy back into the battery pack. That said, it’s not a mode you’ll use every time you’re on the highway, and the engine’s volume isn’t so loud that it would discourage us from using this mode.

jorgie393: Most here are baffled that it is not sweeping the market, based on its luxury feel at a low price (esp. if you can take advantage of the tax credits), and we blame poor visibility/knowledge. Many of us were looking around at other cars, tried the Clarity as a long shot/by chance, and instantly jumped on it.

InsideEVs says: This just goes to show that you should test drive all cars you find interesting before you buy one. You never know which dark horse candidate might surprise you.

Gallery: What Honda Clarity Owners Want You To Know About Their Car