BYD has appointed Hedin Mobility Group to distribute and sell its plug-in passenger cars in Sweden and Germany from October.

Chinese carmaker BYD Auto continues its aggressive expansion overseas with the announcement that it will start selling its plug-in passenger cars in Germany and Sweden starting in the fourth quarter of this year.

Following the market launch in Australia in February, the Japanese debut last month and the announced entry to the Netherlands in September, BYD has appointed European dealer group Hedin Mobility Group to distribute and sell its passenger cars in Sweden and Germany.

The company has received "Dealer+" status from BYD, which grants it official distribution, sales and after-sales services for BYD vehicles in both countries.

Hedin will open outlets in Sweden and Germany starting with Stockholm in October, with the first of multiple German stores to open the same month. BYD will launch customer websites for each market later this month, with information on the available models to be announced in September.

The start of sales will be in October 2022, with the first deliveries in Germany and Sweden for early adopters being scheduled for Q4 2022.

"We are delighted to provide world-leading technologies within our inspirational range of new energy passenger vehicles to the German and Swedish public. We believe the timing is perfect to meet consumer demand for more eco-friendly solutions."

Hedin Mobility Group will sell BYD vehicles in Sweden through its dealership group Hedin Bil and via specially selected dealerships in Germany. The two parties will work together to select top dealers from different regions in Germany to represent the BYD passenger car brand.

Hedin Mobility Group is one of Europe's largest privately owned dealership groups, operating over 230 dealerships in eight countries, including Germany, with a significant dealership footprint across Scandinavia. The group sold more than 125,000 vehicles in 2021.

In Europe, BYD currently sells passenger cars only in Norway, where its sole offering at the moment is the Tang electric SUV. The automaker is likely to expand its lineup in Germany and Sweden to include models based on its e-platform 3.0 and powered by BYD Blade Battery featuring LFP chemistry and cell-to-pack system.

The lineup may include the recently unveiled Seal compact sedan, the Atto 3 small crossover and Dolphin subcompact hatch. It remains to be seen whether the Han flagship sedan will also be on offer. 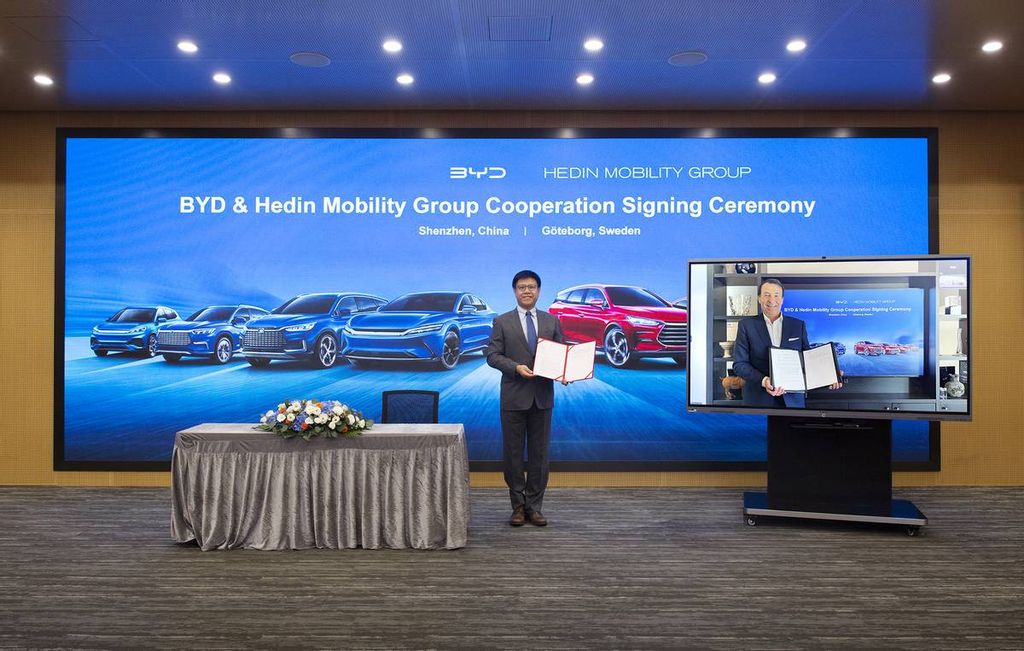