Tesla Has Highest Owner Rating Based On Data From Multiple Sites

According to data from Autotrader, Edmunds, HonestJohns, and Parkers, people seem to love their Teslas.

Tesla's vehicles have been celebrated for their owner satisfaction ratings many times in the past. However, rather than relying on a single source, such as J.D. Power or Consumer Reports, this recent study pulls together vehicle owner ratings from multiple websites to determine which of today's automotive brands are the most loved.

We'll say upfront that we receive information about "studies" like this on a regular basis, and they typically have to be taken with a grain of salt. It's not hard to round up the correct data and frame it in such a way as to benefit one brand over others. However, we took a close look at where the numbers came from and decided that the information was worth sharing.

According to Zutobi, a driver's ed website that pulled together the ratings for the story, Tesla topped the list when it came to the most satisfied car owners in the automotive industry in Europe and the US. In fact, based on the results from four websites that provide vehicle owner ratings, the Tesla Model 3 came out on top. 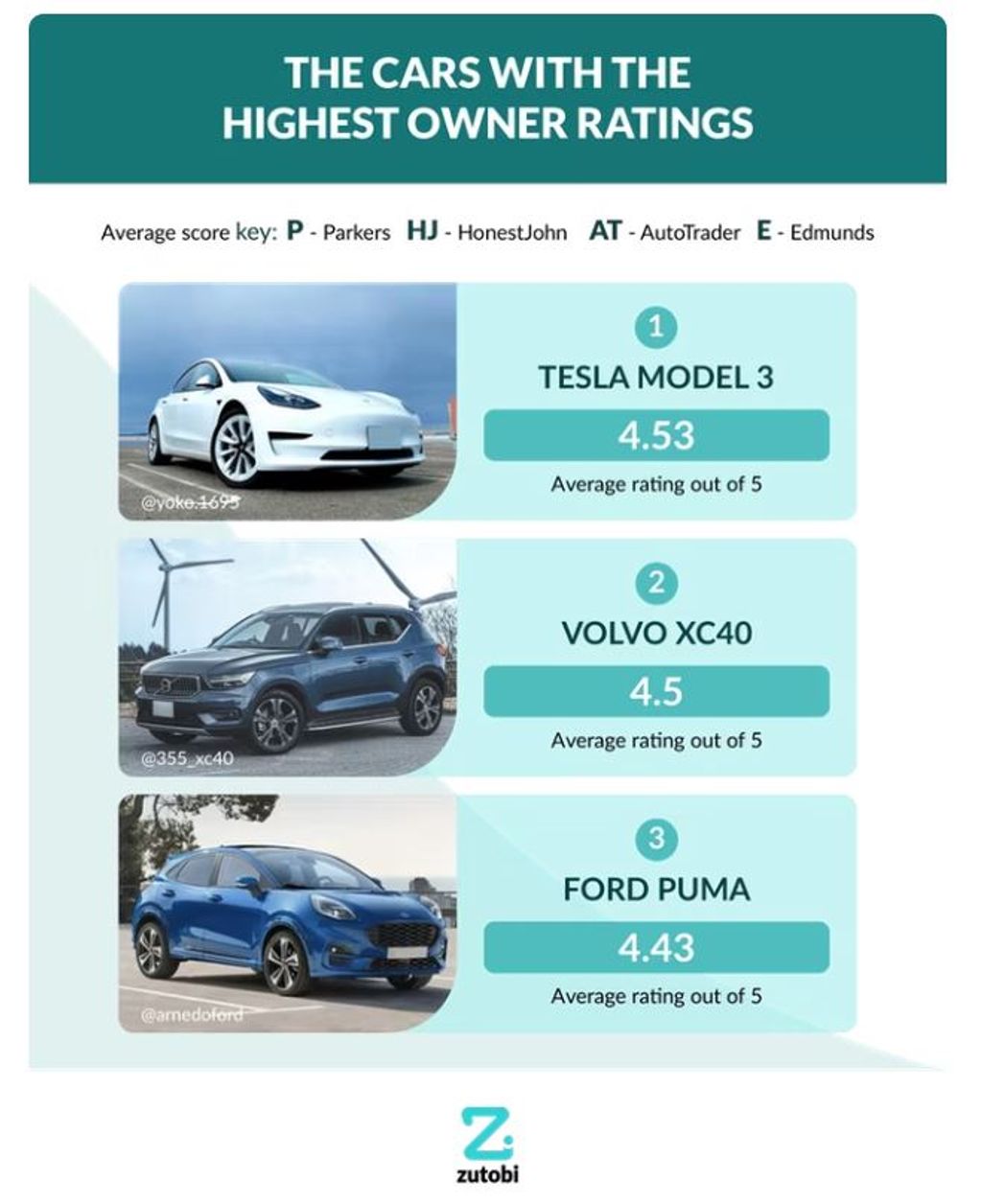 The Model 3 earned an average rating of 4.53 out of 5. Below are its ratings from each of the various websites:

"Tesla’s Model 3 takes the top spot for the highest-rated car on our list, scoring an average rating of 4.53 across the four publications we looked at. It’s clear then why the Model 3 is Tesla’s top-selling car and one of the world’s best electric cars right now."

As far as brands are concerned, at least based on the data collected from the four publications, Tesla also holds the lead. Land Rover and Mazda are tied in the second position, followed by Peugeot and BMW. 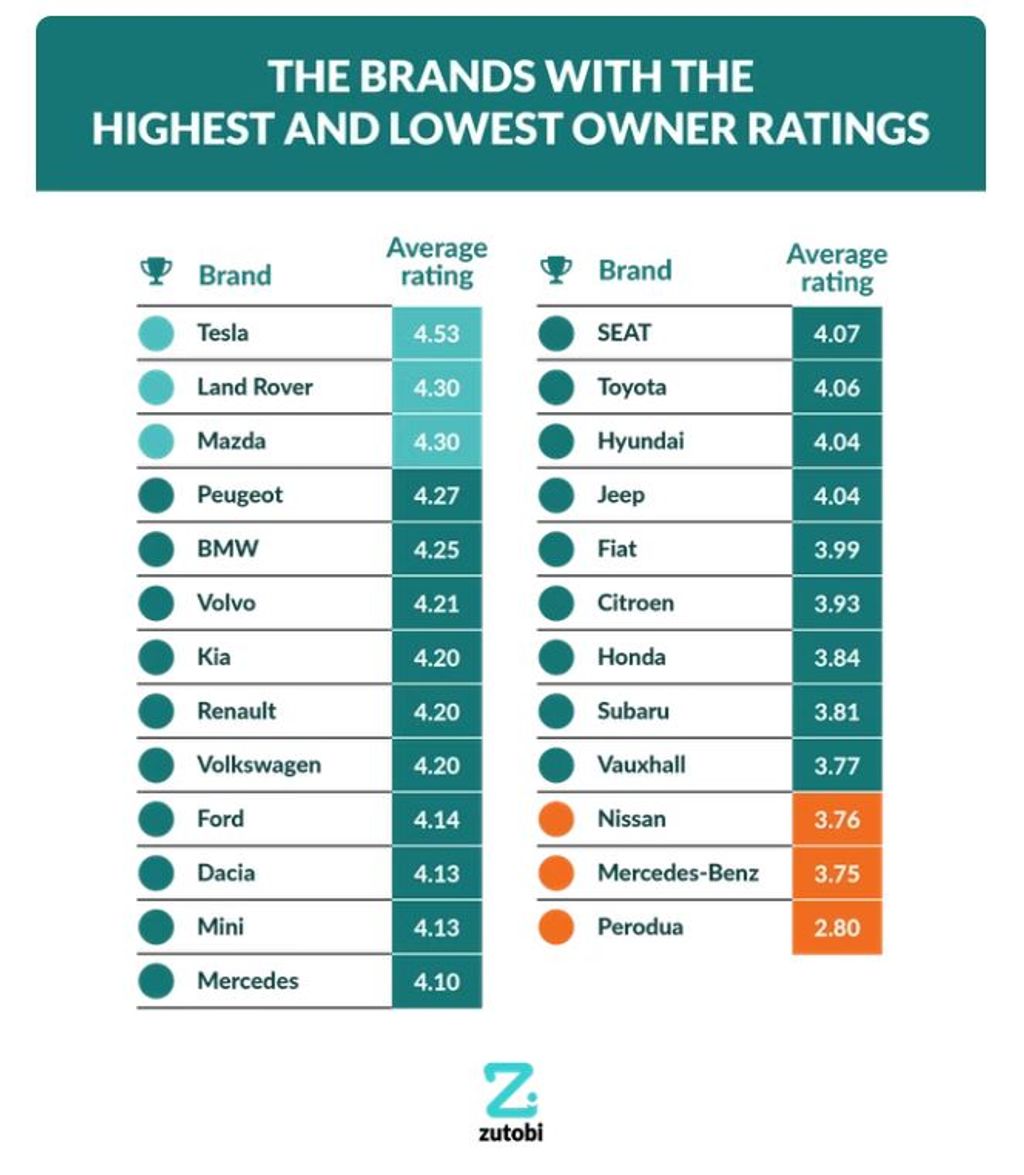 While data from four different websites may help paint a picture of how some owners feel about their cars, it's not all-inclusive. What we do know is that the Tesla Model 3 is the best-selling electric car to date, as well as the first EV to outsell sought-after gas-powered luxury rivals.

In related news, according to J.D. Power's most recent satisfaction survey, Tesla was found to have the most satisfied owners. The Model 3 received the highest score, 777 points (out of 1,000), followed by the Model Y with 770 points.