Tesla dominates this survey yet again.

Tesla has the most satisfied owners, according to the newly released J.D. Power satisfaction survey for electric vehicle owners. The Model 3 got the highest score, 777 points (out of 1,000), followed by the Model Y with 770 points, which is exactly the premium electric vehicle segment average.

The Tesla Model S is slightly below the average, with a score of 756, while the Audi E-Tron SUV only scores 718 points. The study doesn’t show us the complete rankings, though, as there are lots of EVs between the Model S and the E-Tron.

For non-premium vehicles, the Kia Niro EV fared best, with a score of 744 points, closely followed by the Ford Mustang Mach-E with 741 points in a segment with an average score of 709. The Nissan Leaf has a score one point below the average, of 708 points, while the Chevrolet Bolt only gets 687 points. 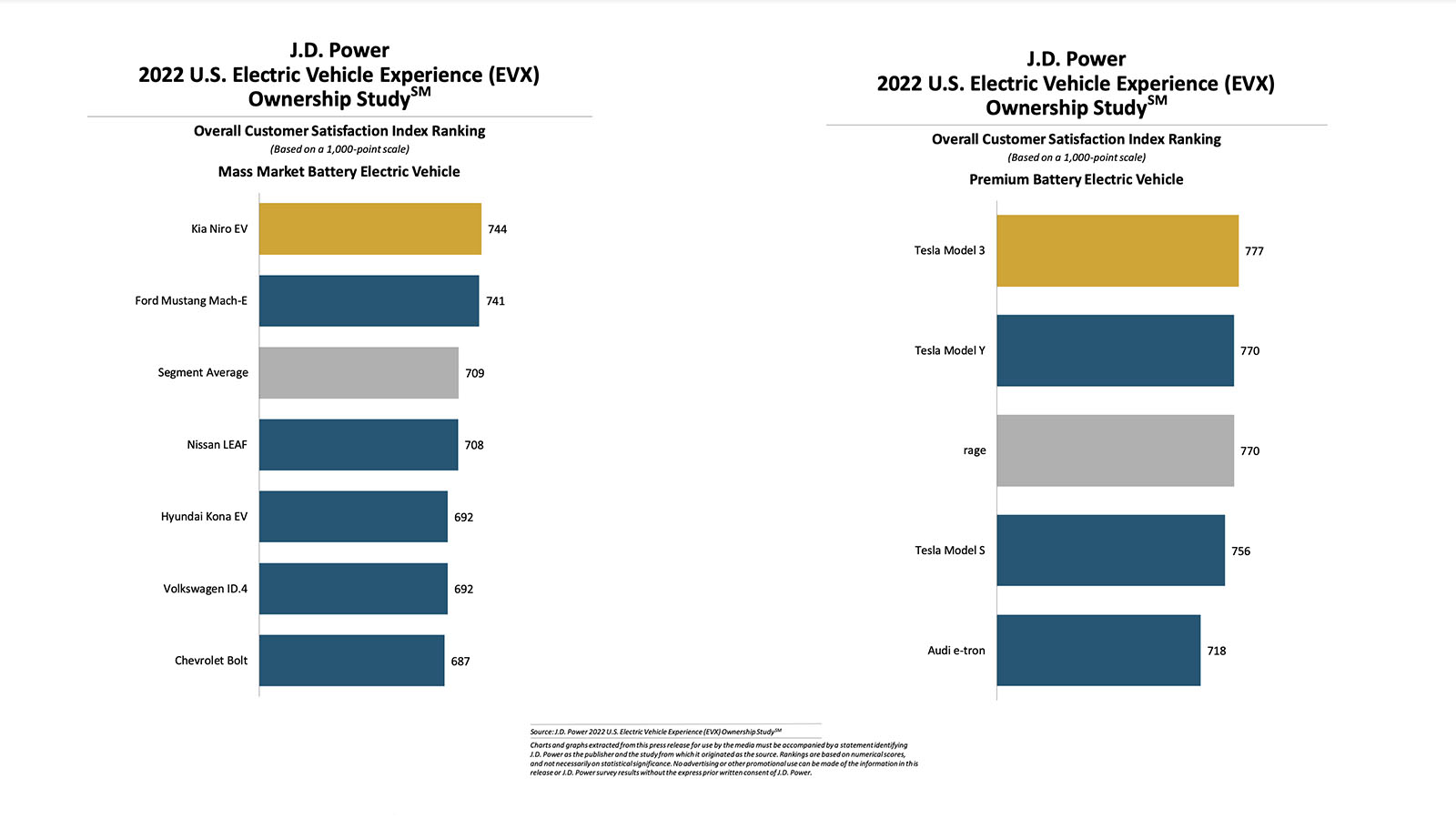 J.D. Power also found that many people have started considering EVs or have bought one specifically because newer ones offer more range. It states that

Owners cite this aspect of ownership as the top purchase reason in both the premium and mass market segments, 86% and 87%, respectively. Further, when owners say BEV range never affects driving habits compared with range regularly affecting driving habits, satisfaction improves 119 points in the premium segment and 107 points in the mass market segment.

Another important conclusion drawn by this study is that, unsurprisingly, easy-to-get incentives that drop the price of new EVs have also contributed to owner satisfaction.

As the EV market matures, EV owners will compare the build quality to internal combustion engine (ICE) models. Our research finds that, in general, EVs aren’t problematic because of the model type, but problems experienced are often related to technology- and feature-laden models, which present some challenges for minimizing quality issues. There’s essentially more to go wrong.