The older Tesla Model S appears to have run out of juice in front of a gas station in Sibiu, Romania.

Ukrainians are fleeing their homeland to escape the military conflict started by Russia and even though Teslas and EVs generally speaking are not as common as in most western European countries, there were still plenty of them in the country, mainly in the big cities. This Ukrainian Tesla Model S from the capital Kyiv was spotted slow charging outside a gas station in the historic central Romanian town of Sibiu after it could no longer move.

The older Model S, which looks like it could be a 2014 or 2015 model year vehicle, reportedly ran out of juice before being able to make it to a charging station. It is not known if the vehicle could no longer move and it was stuck in the place shown in the photo, or if the driver decided not to risk it and asked for help in the gas station - but then again, they would probably not have left the vehicle on the road, blocking one of the two lanes of traffic. 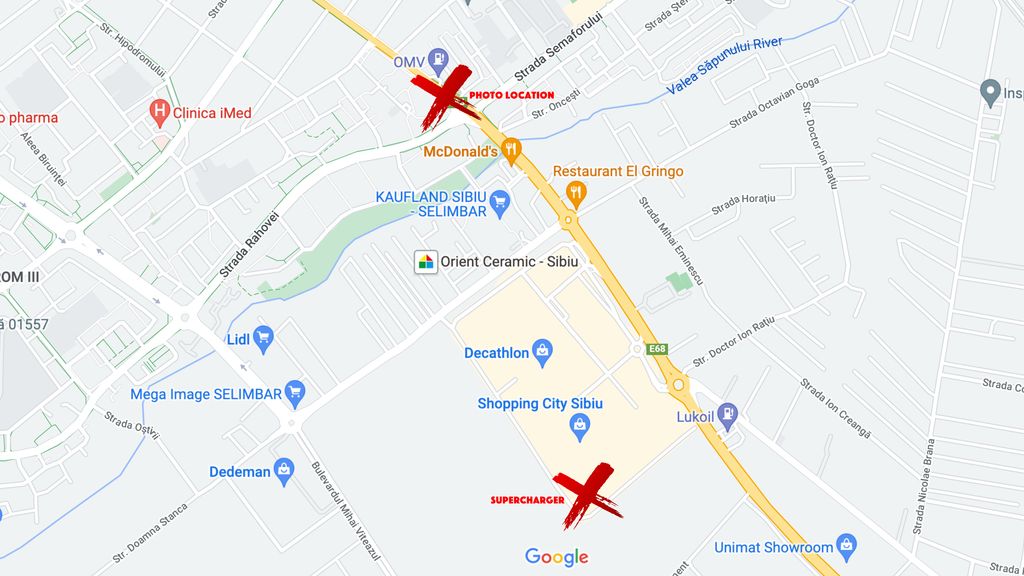 Sibiu actually got its first Tesla Supercharger station in the summer of 2021, and it’s quite possible that’s where this Ukrainian Tesla driver was trying to go. However, the Supercharger is actually located along the same avenue where the Model S was stopped, but the car is pointing in the wrong direction - if that’s where it entered the town, then it passed the station on its way in.

If you look closely, you can see the vehicle is actually being charged, while blocking one lane of traffic on the busy main street. There is an extension cord coming from the gas station and then a charger is plugged into that.

We don’t know how the story concluded, but since the Tesla was getting juice, albeit at a very slow rate, it eventually moved (it is no longer there) and hopefully it was directed to the nearby Supercharger so that the driver and occupants could continue on their journey, which like in the case of many Ukrainians with means will take them to somewhere in western Europe.