Chevrolet fares even worse, with 69% of respondents not being aware it offers an EV, according to Cox Automotive's survey.

While electric vehicle adoption is on the rise in the US, EVs accounted for only 3% of the new-vehicle market in 2021. This means there's still plenty of work to do to build brand awareness for battery electric vehicles.

This is very obvious from a survey called the 2021 Cox Automotive Path to EV Adoption Study. Released in November 2021, the research was conducted in June and July 2021 with nearly 5,000 US consumers aged 18-72 who owned, considered or rejected a battery electric vehicle.

Some of the conclusions are very surprising, to say the least. Let's start with the fact that 69% of respondents who are considering an electric vehicle said they were not aware Chevrolet offers one, even though the Bolt EV has been on the market since 2016.

Similarly, 56% of them said they were not aware Ford sells an EV, despite the fact that the Mustang Mach-E launched in 2020—not to mention the Focus Electric that debuted in 2011. Probably the most surprising finding is that 17% of respondents considering an EV said there were not aware Tesla offers an EV—yes, Tesla, the all-electric vehicle manufacturer.

On the flip side, 55% of them said they are aware Tesla sells EVs and are considering buying one, compared to 23% for Ford and 13% for Chevrolet.

Nissan and BMW are also included in the brand awareness research and their percentages are similar to Chevrolet's. As for Toyota's inclusion in the study, we should note that the Japanese automaker did not sell a BEV in the US when the survey was made in the summer of 2021—the 2023 bZ4X will arrive at US dealers in mid-2022.

Another interesting topic is driving range, with the study revealing that the minimum acceptable range among EV considerers is 217 miles, the estimated one 272 miles, and the desired one 341 miles—all figures on the rise compared to the 2019 study.

Although consumers have higher expectations regarding driving range, how far an EV can go on a full battery charge is not the most important attribute for respondents who are considering an EV. That would be the purchase price (23%), with range a close second (20%) and monthly payment third (17%).

An encouraging sign is that 38% of respondents said they are considering an EV within the next 12 months, although that percentage would rise to 58% if EVs were priced the same as gas-powered vehicles or 71% if EVs were priced $5,000 less than gas vehicles. Check out the full study for more interesting insight. 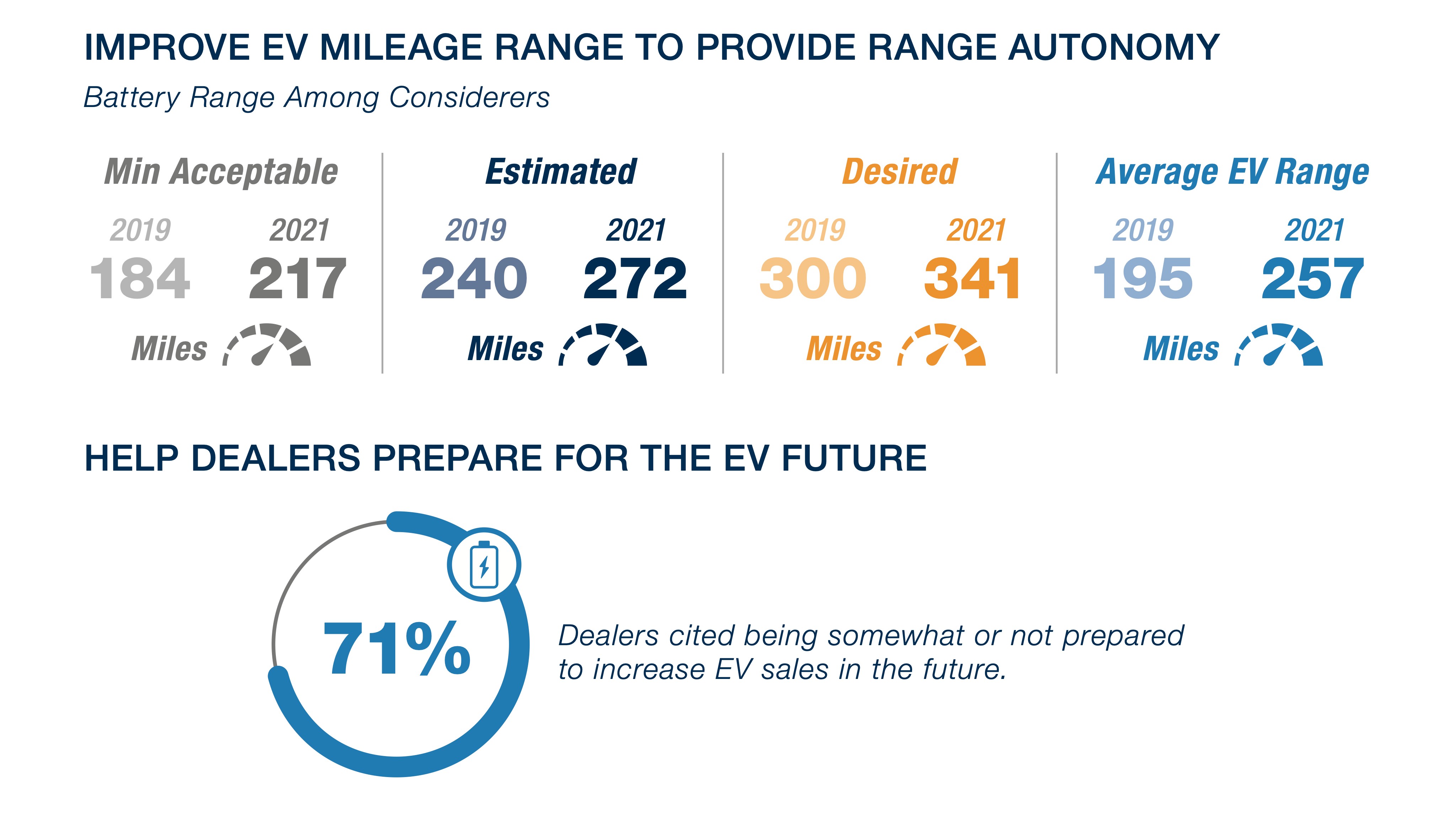 Study: Two-Thirds Of Americans Not Interested In Hybrids, EVs
New Survey Suggests Nearly Half Of Americans Would Consider An EV