The shape and design hugely impact the vehicle's total range.

Back to the Future

The case for streamlined cars isn't new - for decades, mankind has searched for higher top speeds, especially in racing. And because aerodynamics is by far the most dominant force to overcome at high speeds (even at highway speeds, over half the energy goes to pushing air away...), reducing the aerodynamic drag coefficient has been key.

***Editor's note: This article originally appeared on AirShaper.com. Check it out here. 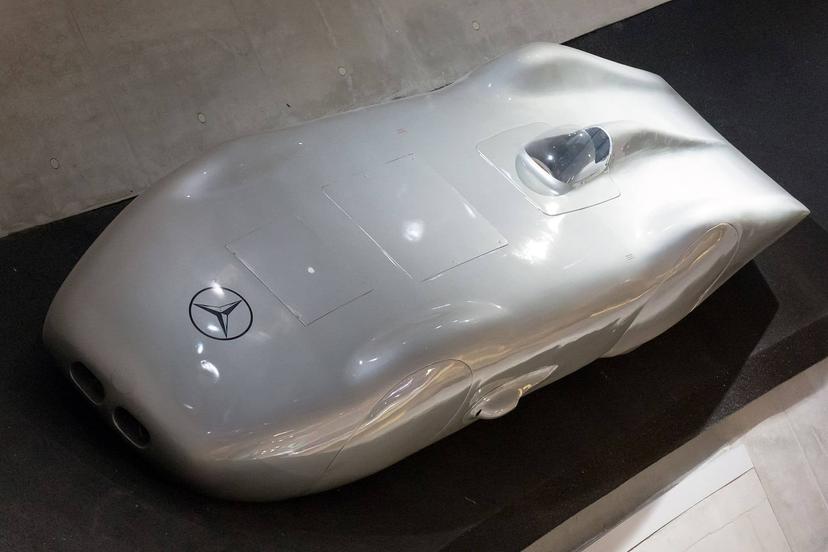 So how did the Mercedes W125 beat the Veyron decades ago? You guessed it - aerodynamics. The aerodynamic power required to push the air away scales with the cube of velocity, whereas mechanical losses (like drivetrain and rolling resistance) only scale linearly with velocity. So at these speeds, aerodynamics easily account for over 90% of all energy needs.

But when top speed is your goal, the case is different. The W125 had 'just' 616 HP (still a massive amount by 1938 standards) and still was able to reach over 400 km/h/. How? Via a super streamlined bodywork which featured a drag coefficient of just 0.235 - that's over a third more streamlined than the Chiron!

Of course, road cars need to carry people around, preferably in a practical, safe and affordable way, so the constraints are quite different. Still, as mentioned above, even at regular highway speeds, aerodynamics are by far the most important source of energy loss.

So it's no surprise OEMs have been trying to cut those losses, even long before the breakthrough of electric cars. After all, aerodynamic efficiency has a direct impact on fuel consumption. Ford, for example, experimented with different shapes for their "Probe" concept car series. The Probe V had a drag coefficient of just 0.137! 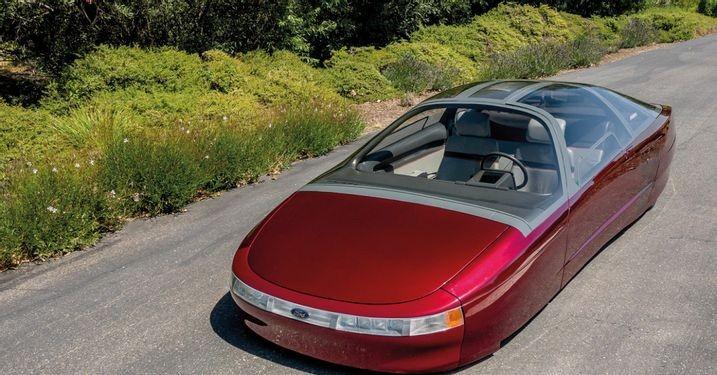 It's all about the looks

So why don't all vehicles look like this? Well, apart from practicality, I would argue that looks are the biggest problem. You could convince me to like such a shape, as I love aerodynamics, but a car for the masses simply needs to look stunning.

Still, although it looks nice, I think this design is "compromised". The long, low tail, for example, is very specific. Too specific to appeal to the masses, at least in the beginning.

That's why I'm so impressed with cars like the Tesla Model S Plaid and the Lucid Air, which both claim a Cd value of around 0.20. Yes, that's higher than the VISION EQXX, but only slightly. And in my opinion, the Tesla and Lucid both still look like normal cars - no compromise in terms of design and therefore much more appealing to the masses 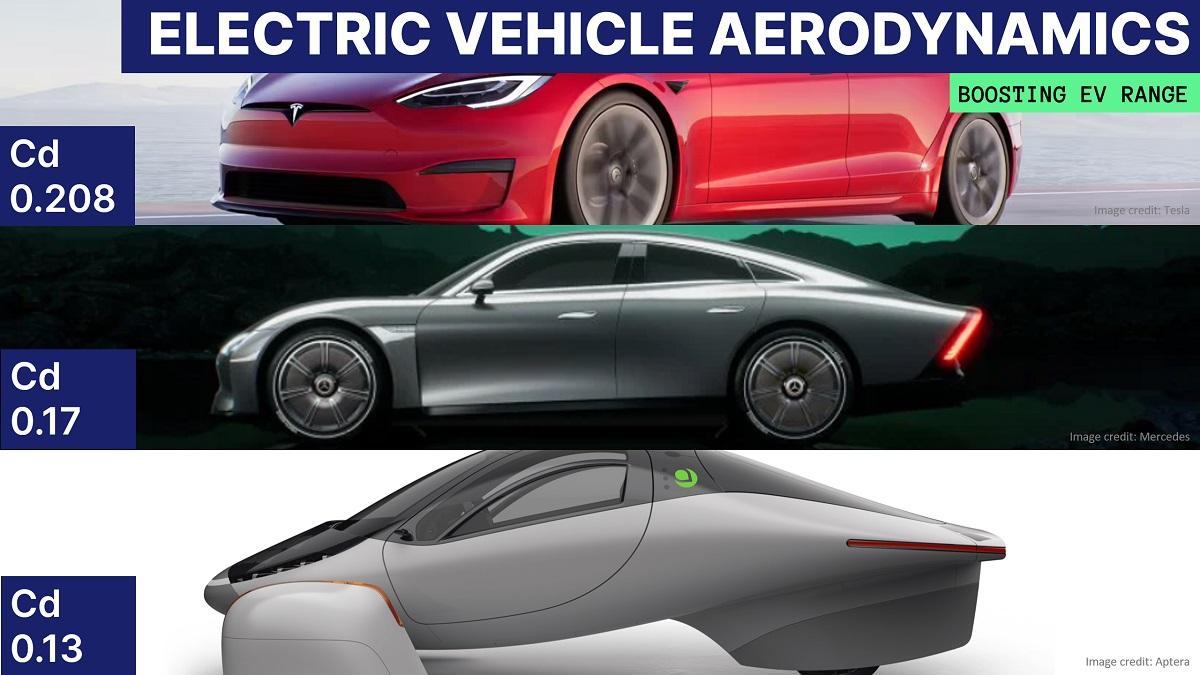 With the breakthrough of electric cars, a lot of focus is now on the range of these vehicles. Every kWh/km of energy consumption that can be saved, makes the car cheaper (fewer battery cells), lighter (less battery weight), and more efficient (less weight means lower rolling resistance). With range anxiety holding back a lot of potential buyers, aerodynamics again play a key role. The more streamlined the car, the bigger the range for the same battery.

It's not a coincidence that Tesla has a massive focus on aerodynamic efficiency - not only for their cars but also for the Tesla Semi truck. And they are not alone: newcomers like Lucid and Rivian also work hard to make surfaces as clean and streamlined as possible.

If we stick to open wheels, then the GAC ENO. 146 concept, presented in 2019, presents a nice example of what is possible. A drag coefficient of just 0.146 is extremely low, even compared to the EQXX, and the car still looks fairly normal in terms of proportions/tail length.

Another option is to further refine existing designs and perhaps add just a little bit of compromise. Vincent Keromnes, domain leader dynamic benchmarking at our partner A2MAC1, took a Tesla Model S Plaid (yup, they 3D scanned the whole car down to the last detail) and then covered the rear wheels (like on the Lightyear One). 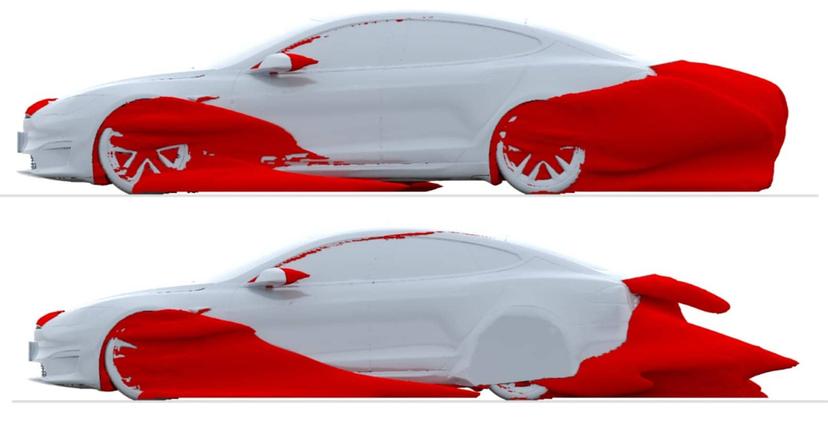 Vincent then ran both cars on our platform and the results couldn't be more clear: the wake & energy loss normally caused by the rear wheels "chopping up" the air has been reduced dramatically. The impact on Cd? A 3.5% drop in drag coefficient, which is very significant in terms of aerodynamic efficiency!

You can actually go even further and question the entire layout of modern cars - start over from scratch, aiming for the highest possible efficiency. That is exactly what Aptera did - they basically took a drop shape and added wheels to it. 3 that is, not 4.

A note on Cd values

The Cd values in the article are the official values as stated by the manufacturers. Very often, we see differences when taking these cars to the wind tunnel. Different tires, rims, ride height settings, etc. can make it harder to compare these cars. Nevertheless, the relative differences in this article do tell a very interesting story of substantial progress.

The aerodynamic efficiency of vehicles has come down dramatically, especially with the focus on the range for electric vehicles. Somehow, it feels like we have not reached the limits yet and we may be seeing even more streamlined designs in the future!

Some may look like normal cars with cleverly concealed aero tricks. Others may look downright futuristic and appeal to a more specific audience. But one thing is certain: aerodynamics will play a key role in the design of our future (electric) cars!

How to run your own simulation
A2MAC1
Aptera