Kelley Blue Book publishes a study it calls the Brand Watch Luxury Report every quarter that looks at buyers’ consideration for the various premium car brans that are available in the US. In its Q4 2021 report, KBB found that Tesla is in third place in these standings for the firs time in seven years, behind BMW and Lexus.

BMW was actually first in the previous iteration of this market study, but it has since been surpassed by Lexus and Tesla is closing in fast. Both had a brand consideration percentage of 19 percent, which has now risen to 20 percent, while for Tesla the percentage has grown from 15 percent to 18 percent, noting an accelerated shift in buyers’ consideration.

And the models that grew the most in terms of consideration in Q4 compared to Q3 are both Teslas, the Model 3 (56 percent) and the Model Y (43 percent). Even the old but recently refreshed Model S sedan had some growth, but it was only 2 percent; the Model X is not mentioned anywhere in the report. 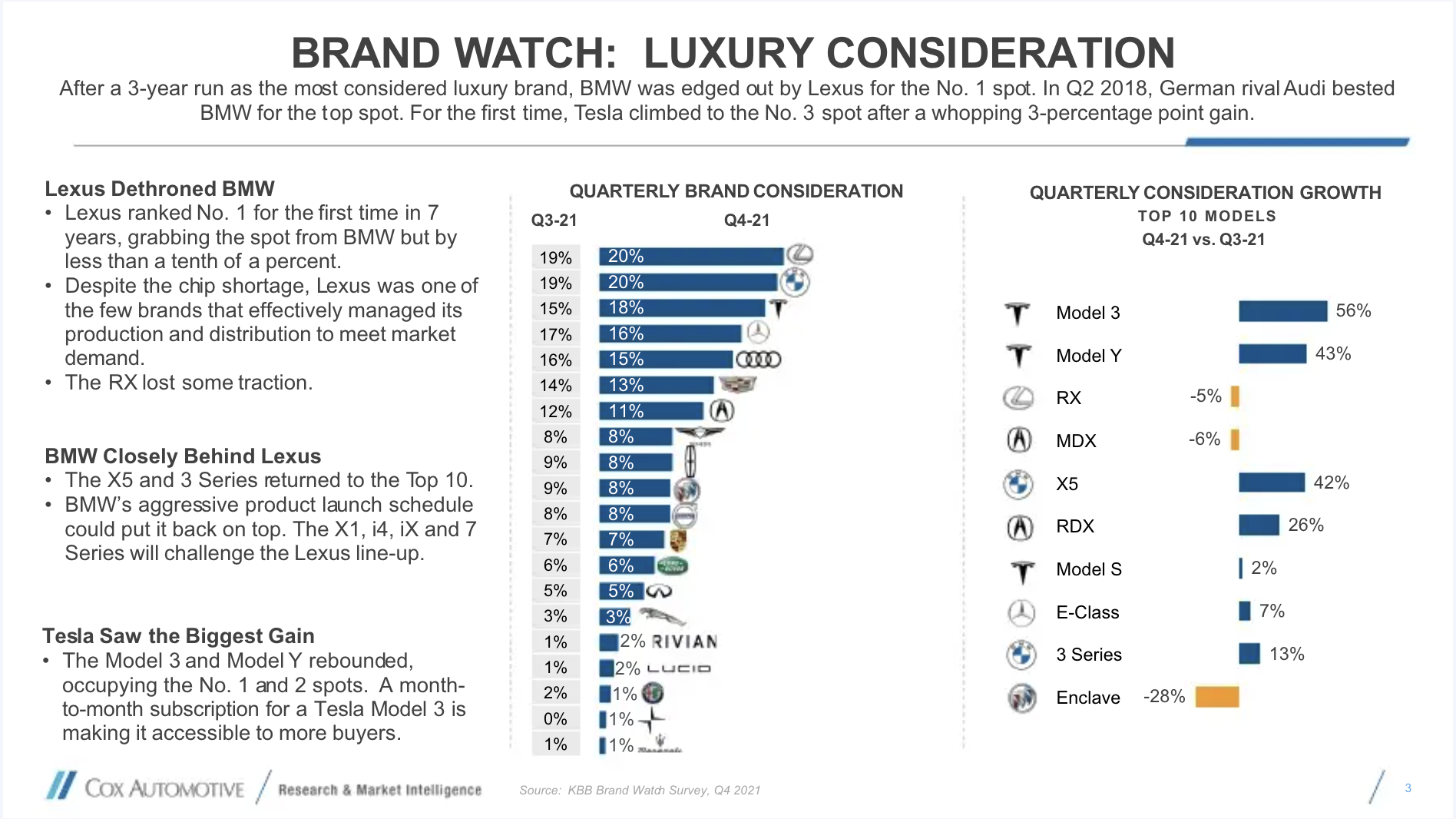 Tesla had the biggest increase in shopping consideration of any luxury brand in the fourth quarter, up three percentage points to 18 percent of all luxury shoppers looking at a Tesla.

The Model Y was the top rated crossover or SUV in this study for the first time ever, taking first place from the Lexus RX that had been holding on to the position for two years; it is also the only American-made model among the top five high-riders. The Model 3 held its first position in the cars category for a fourth consecutive quarter, while the Model S exchanged places with the Mercedes-Benz E-Class, falling from second into third place.