Currently, more than 90% of the world's LFP battery cell manufacturing capacity is located in China.

Lithium iron phosphate (LFP) is one of the lithium-ion battery cathode chemistries that has a bright future due to its main advantage of lower cost compared to most of the other types.

Benchmark Mineral Intelligence points out (via Green Car Congress) that the western automakers should build LFP battery cell manufacturing capacity, as currently more than 90% of the world's LFP production capacity is based in China.

"A global shortage of LFP cell capacity outside of China could hinder wider adoption by western automakers,"

LFP is one of the first lithium-ion chemistries and it was used in electric vehicles, but mostly in China, while western manufacturers preferred more energy-dense types, like NCA or NCM.

After the LFP chemistry was further improved and combined with the cell-to-module approach, as well as the removal of cobalt from the equation becoming more important, LFP is returning to in glory.

Tesla is using LFP in its entry-level cars (sourcing cells from CATL), BYD is using it in most of its cars right now, and some other manufacturers already announced the use of LFP (including Mercedes-Benz, Ford in China).

If the LFP becomes the standard solution in the entry-level cars, heavy vehicles and energy storage systems, then it would be reasonable to locate some production capacity also in North America and Europe.

We must remember though that the western automotive industry (aside from Tesla, and to some degree Nissan in the early days) has just woken up a few years ago and started building their first battery gigafactories. It seems that they now need to also include high energy-dense and mid-energy-dense battery types.

Benchmark Mineral Intelligence mentioned Gotion High-Tech, a Chinese battery manufacturer that announced (via Gasgoo) that an undisclosed U.S. automaker ordered at least 200 GWh of LFP battery cells that will be supplied in a six-year period between 2023 and 2028 in the U.S.

Gotion High-Tech, which has Volkswagen as the largest single shareholder (26% or so), says that allocations for the order will come from its existing manufacturing capacity in China, as well as the capacities under construction in China.

If that is not enough, the company will consider an LFP gigafactory in the U.S. and a joint venture (with an eye on other topics, like recycling).

"GOTION, INC. agreed to allocate Gotion High-Tech's existing capacities and the capacities under construction in China, as well as the yet-to-be-built ones in the U.S. to satisfy the Client's procurement demands.

Besides, the Client will make advance payment to GOTION, INC. in installments to support the latter in paying construction costs, purchasing facilities, and other businesses related to building factory in the U.S. Part of the payment for goods can be deducted from the advance payment as well."

According to the reports, Gotion High-Tech's LFP batteries would be used by the undisclosed client in EVs and other products (probably energy storage systems) in the U.S. as well as for export.

Let's recall that Tesla is building a 40 GWh Megapack factory, which alone would be big enough to consume all the LFP batteries from Gotion High-Tech.

Volkswagen is partnering with Gotion High-Tech to develop its unified cell and launch the production at Volkswagen Group Components plant Salzgitter in Germany.

We can assume that there will be an additional wave of battery investments, specifically in the LFP chemistry. It might be actually a crucial solution to bring down the cost of entry-level electric cars. On the other hand, EVs must be efficient to use less energy-dense batteries and remain competitive. 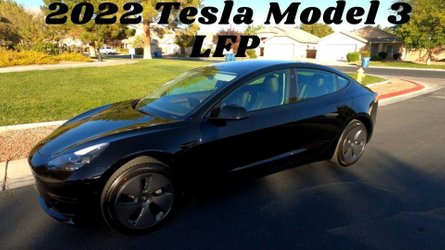 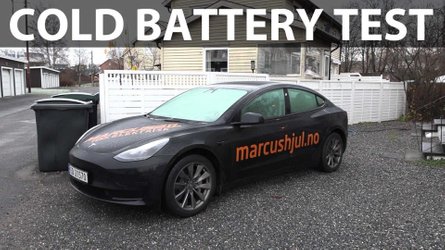 Bjørn Nyland Tests How Cold LFP Battery Affects Tesla Model 3
By: Mark Kane
++
++
Got a tip for us? Email: tips@insideevs.com