It's the entry-level version of the car (formerly called Standard Range Plus) with the LFP battery.

In late August, we saw reports that the LFP battery option appeared in the U.S. (initially as a direct notification for customers) and in November, the company updated its website with the Tesla Model 3 Rear-Wheel Drive (RWD) that replaced the Standard Range Plus (SR+).

We assume that it has CATL's prismatic LFP batteries, imported from China, instead of Panasonic's 2170-type cylindrical NCA cells supplied from the Tesla Gigafactory in Nevada.

Here are a few differences in the specs:

The first RWD cars are already in customers' hands in the U.S.

In the video above, VegasModel3 - a recurring Tesla customer, presents his brand new Tesla Model 3 RWD, which interestingly was delivered within about three weeks since placing an order (Order date 10/31/2021, Delivery date 11/22/2021).

According to VegasModel3, who previously owned a 2018 Tesla Model 3 Long Range and most recently a Tesla Model 3 Performance, the Model 3 RWD is a great car.

The acceleration is a little bit slower than the Long Range version, but still considered good. The range, indicated on the display (276 miles), appears to be in line with the specs (of course it will vary depending on energy consumption). The regenerative braking is considered strong.

"2022 Tesla Model 3 Standard LFP. Today I just took delivery of my new model 3 and its amazing. I was a little worried about the decreased 0-60 specs but now that I have it I'm very pleased. On my first full charge 276 miles of range. The regen feels strong as I would suspect on the standard range. Super pleased"

In terms of build quality, VegasModel3 notes that panel gaps seem to be better than in previous Teslas, but not perfect as he pointed to several panels not aligned ideally. Nonetheless, the owners say he is 100% satisfied and does not even intend to correct some of the things in the service center.

Inside, we can see two holes (missing USB C) in the center console and wireless charging pads are not activated. Those are minor issues, most likely caused by some supply constraints, that were reported by the media earlier this month. We guess that Tesla will solve the problem through its service network.

Overall, it's positive and encouraging feedback.

An interesting side note is that the owner complains about his previous Tesla Model 3 Performance, due to an annoying noise of drive units. 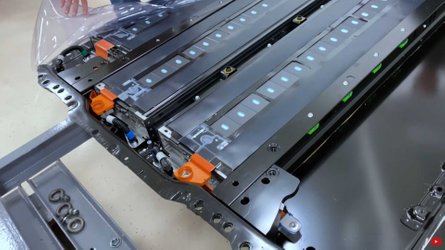 This Key Characteristic Allows Tesla To Use LFP Batteries
By: Mark Kane
++
++
Got a tip for us? Email: tips@insideevs.com