This is the only Tesla battery that does not consist of cylindrical battery cells.

The cells with Lithium Iron Phosphate (LFP) chemistry in general are produced mostly in prismatic form factor (there are also other types, but in the minority).

Tesla uses LFP cells supplied by a Chinese manufacturer - CATL, which has basically become a strategic partner with a contract for the next several years.

Because the LFP chemistry does not offer as high energy density as NCA or NCM, Tesla uses LFP only in the standard range versions of its cars (produced in Shanghai and soon globally). LFP will be used also in Tesla's energy storage systems.

Thanks to the Munro Live's Sandy Munro, who visited Our Next Energy, we can take a look at one of the Tesla Model 3 Standard Range Plus' battery packs.

As we can see, there are four rows of LFP cells, which reminds us of the 4 modules with 2170-type cylindrical cells in Tesla's original design in the Model 3/Model Y.

See an example shown by Sandy Munro and analyzed by George Bower in 2019:

Sandy Munro notes similar general connections between the rows, but the most interesting things are on the top of the cells.

Our Next Energy's Sr. Director, Product Development Tim Hughes explained a very sleek approach to the connections between the cells through the use of laminated circuits.

It's clearly a very manufacturing-oriented solution, with pre-assembled parts that can be quickly attached and welded to the cells. At this point, it was not clear whether this solution's IP belongs to Tesla or CATL.

A similar, manufacturing-oriented approach was found also in the power electronics part of the battery system. Sandy Munro was really impressed with what he saw and it appears that some things far exceeded even what he imagined and proposed to manufacturers in the past (they rejected it at the time).

According to customer's reports, Tesla recently introduced an LFP option for the Tesla Model 3 SR+ in the U.S. Soon, all the standard range Model 3/ Model Y cars will be equipped with the LFP batteries as default. The long range versions will use more energy dense chemistries and cylindrical form factor. In other words, there will be two different battery packs.

Recently we saw also the all-new Tesla's Plaid battery pack, which is completely different than the previous one: 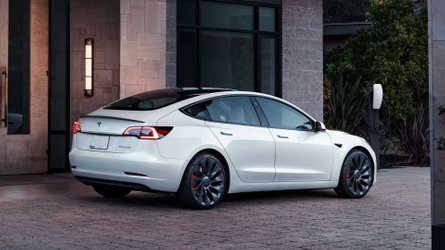 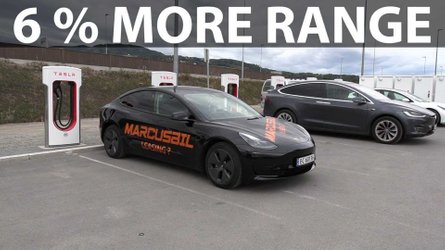 Updated MIC Tesla Model 3 SR+ Gets 6% More Range In New Test
By: Mark Kane
++
Got a tip for us? Email: tips@insideevs.com