Thanks to the strong December, the Tesla Model 3 became the second best-selling model for the year.

On the contrary, plug-in electric car sales are booming. In December, 36,041 new plug-ins were registered, which is 33% more than a year ago. The market share improved to nearly 33.2%, which is a new record (excluding 34.0% in the one-off, lockdown-affected April 2020).

The plug-in segment is dominated by all-electric cars, which beat standard hybrids too. BEVs also set a record market share of 25.5% in a non-locked down trading month.

The Society of Motor Manufacturers and Traders (SMMT) notes:

"...with 2021 the most successful year in history for electric vehicle uptake as more new battery electric vehicles (BEVs) were registered than over the previous five years combined (BEV registrations 2016-2020: 185,471). 190,727 new BEVs joined Britain’s roads, along with 114,554 plug-in hybrids (PHEVs), meaning 18.5% of all new cars registered in 2021 can be plugged in. This is in addition to the 147,246 hybrid electric vehicles (HEVs) registered which took a further 8.9% market share in a bumper year for electrified car registrations, with 27.5% of the total market now electrified in some form."

According to SMMT, the UK market is: 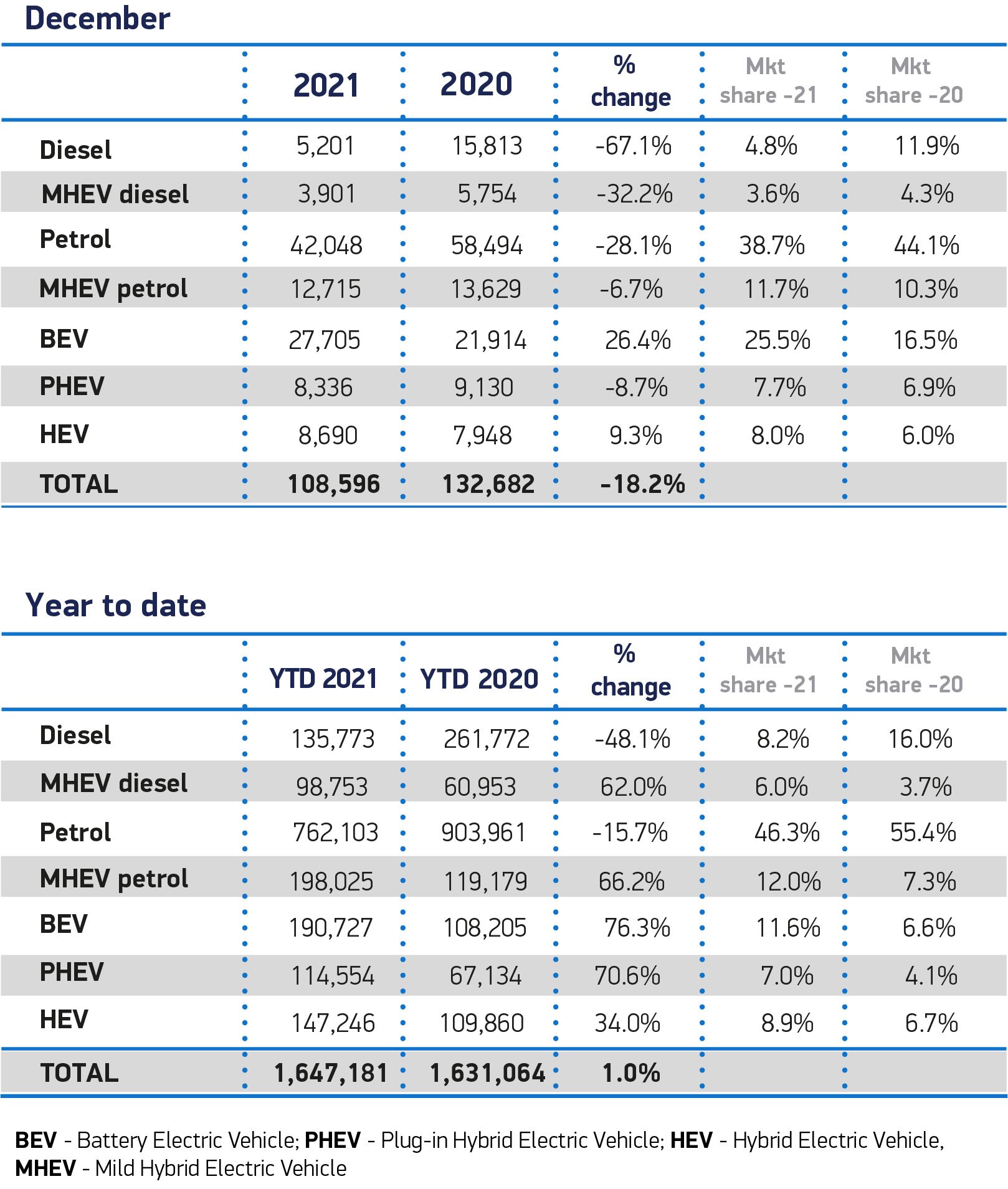 Only time will tell how well things will progress in 2022, as the country cut both purchase incentives and grants for home chargers. SMMT points out that the automotive industry "calls for incentive extension and mandated chargepoint targets to accelerate consumer uptake and maintain Britain’s attractiveness against competitor markets."

The Tesla Model 3 was the best-selling car in December with a total of 9,612 units (new record), which allowed it to surge in the year-to-date ranking from outside of the top 10 to the second place overall (34,783)! Let's recall that the Model 3 was also #1 overall in Norway.

The Model 3 noted multiple strong results during the year:

The SMMT provided a top ten all-electric car ranking for the year, which allows us to see which models were selling the best.

As we can see, no other model is even close to as popular as the Tesla Model 3. The best of the rest is the Kia Niro EV, followed by the Volkswagen ID.3:

Separately, Vauxhall (part of Stellantis' Opel) reports 2,916 sales of all-electric commercial vehicles. We guess that other manufacturers also sold a noticeable number of electric vans, but probably not as many as Vauxhall. 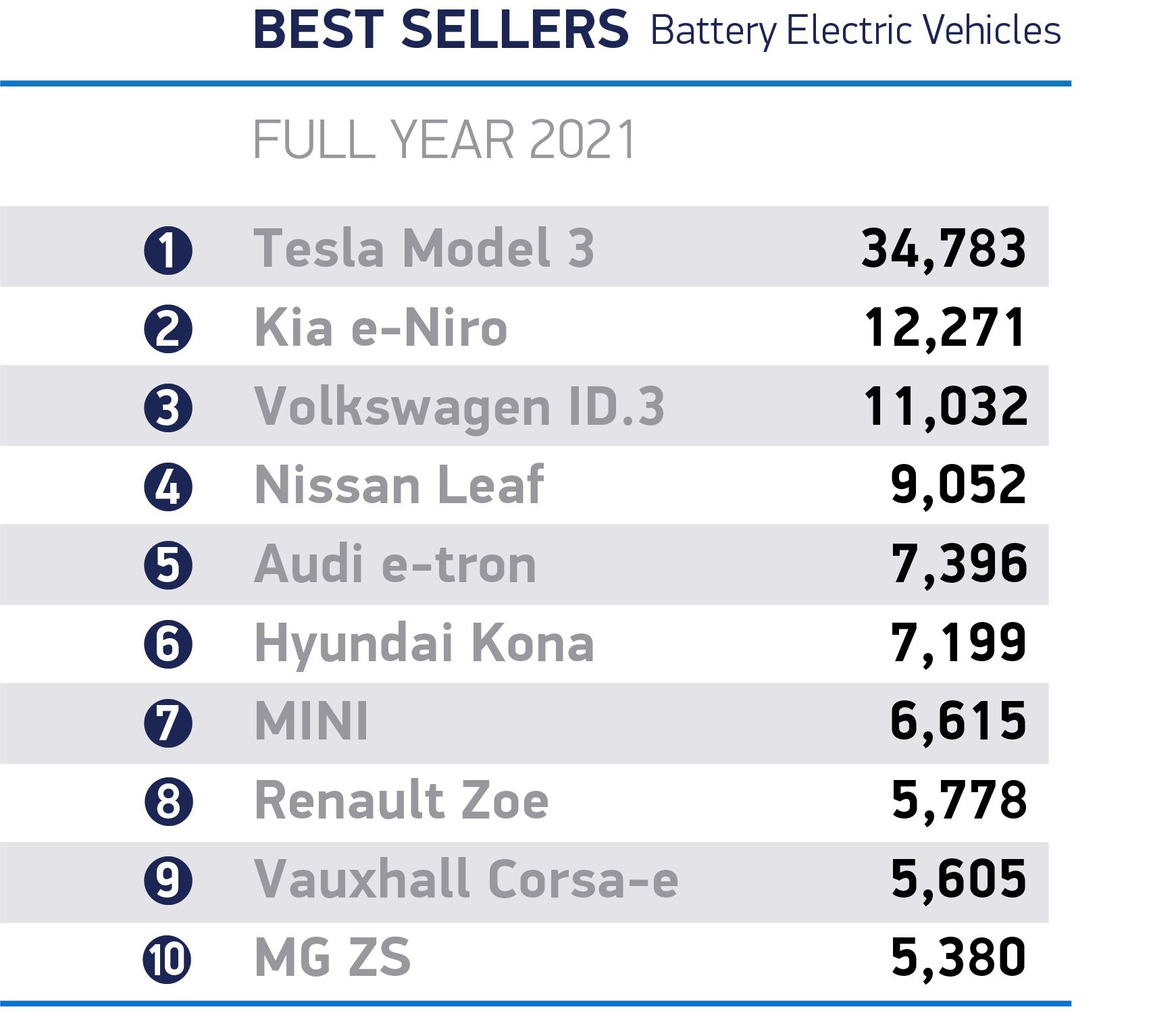 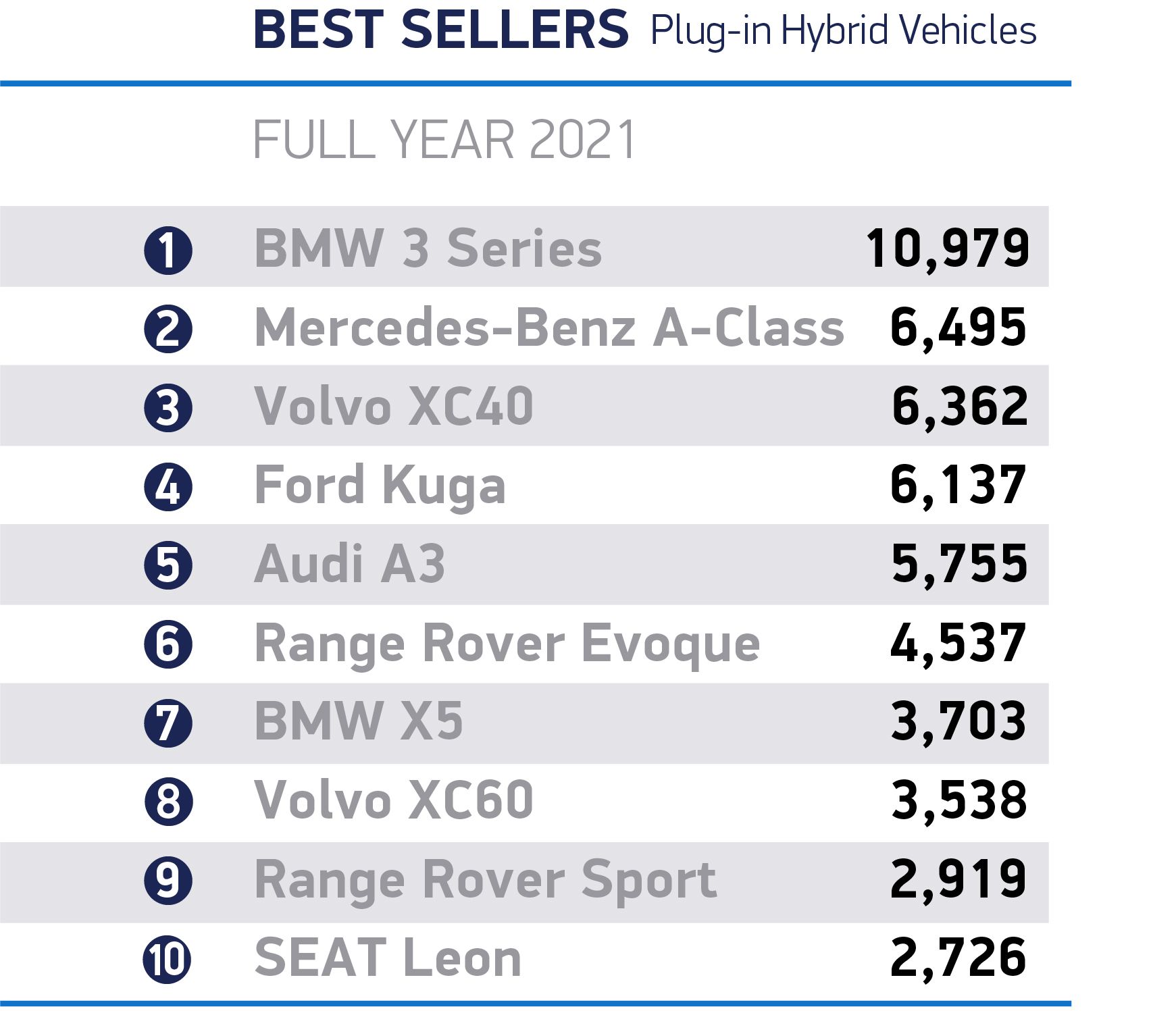