Tesla Model 3 was the third most registered model of the month.

The passenger car market in the UK finally noted some year-over-year increase, after several months of decline. In November, 115,706 new cars were registered (up 1.7% year-over-year, but still down by a third compared to the pre-pandemic average).

Most of the plug-in sales are all-electric cars and they are also growing much faster than plug-in hybrids - by 110% in November.

So far this year, more than 269,000 new passenger plug-in cars were registered in the UK, reaching an average market share of 17.5%. 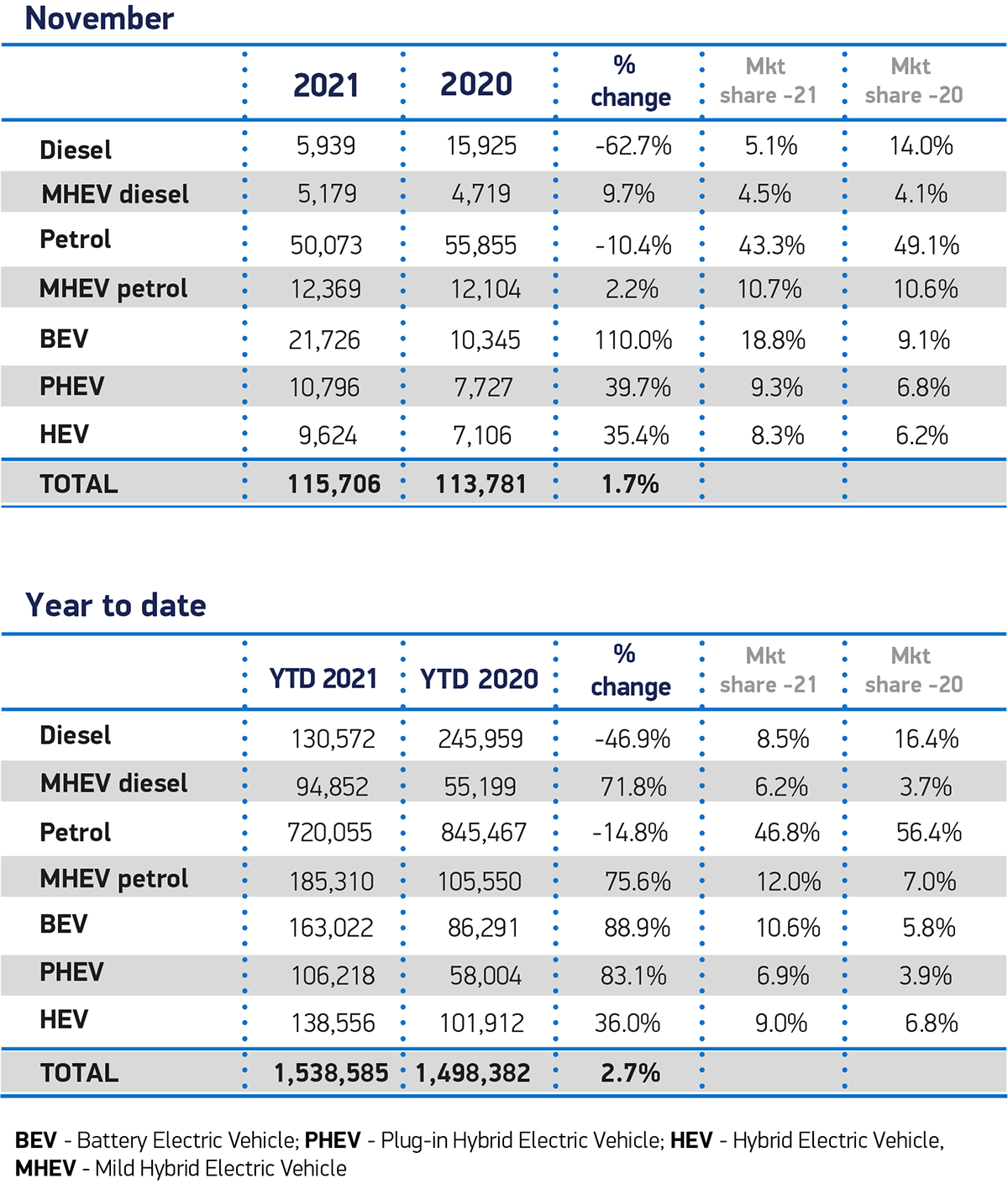 The Society of Motor Manufacturers and Traders (SMMT) notes that the expansion of the plug-in cars requires more investment in the charging infrastructure, which is lagging behind:

"Despite this uptake in demand for plug-in vehicles, new SMMT analysis this month revealed that the pace of on-street public charging infrastructure rollout is lagging, with the number of plug-in cars potentially sharing a public on-street charger deteriorating from 11 to 16 between 2019 and 20202 and just one standard on-street public charger installed for every 52 new plug-in cars registered over the course of this year. 3

Britain’s ratio of plug-in vehicles on the road to standard public chargers (16:1) was one of the worst among the top 10 global electric vehicle markets at the end of 2020. With plug-in vehicle uptake having grown by 86.6% in 2021, SMMT is calling on the government to take action to avoid the ratio deteriorating further, by boosting the provision of public charging points through the imposition of binding targets."

We guess that the Vauxhall Corsa (#2) and MG ZS (#6) in November also include some noticeable EV share.