There's no shortage of interesting EV news each week, and the list of stories and topics is forever expanding.

As you recover from all of the turkey, check out some of this week's top EV headlines below or get the full scoop here. At the very least, you’ll be the smartest person at the water cooler when it comes to major headlines in the industry and at best, you’ll win one of our free prizes!

Buy It All Online

My dad and I are the ultimate tire kickers. We’ve spent countless hours at car dealerships checking out the new inventory and occasionally getting a salesperson to let us test drive. It seems like you buy everything online these days, and according to a recent survey by KPMG, automotive executives think that by 2030, 78% of new vehicle purchases will be done online, without a test drive. I guess you really can buy everything online!

In the same survey, most executives believe around 52% of new vehicle sales in the US will be all-electric by 2030. The same belief is that it will be around 52% in China and Japan. It drops to around 49% for Western Europe, 41% for Brazil, and 39% for India. 77% believe that widespread adoption can happen in the next 10 years without government intervention, but 91% also believe subsidies are not a bad thing. EVs are changing the world. I guess that means I’ll eventually have to purchase my next car online. I’m okay with that, as long as it looks like the new Porsche Taycan GTS (check out the video of the new GTS above)

How would you invest nearly $18 billion? Blue Chips? Crypto? Real Estate? Nissan has other ideas. It plans to invest $17.6 billion to electrify its lineup in order to obtain long-term growth in the EV sector. The company will unveil 23 new models by 2030 with 15 of those being new electric vehicles.

Nissan was an early leader in converting to electric vehicles, producing the Nissan Leaf in 2010. It recently announced plans to build a $1.4 billion EV factory in the UK. Nissan also wants to launch an EV with a solid-state battery in 2028, while increasing its global battery production capacity to 130 gigawatt-hours by the end of the decade. Nissan is targeting electrification of 75% of Europe, 55% of Japan, and 40% of China by 2026 with additional plans to electrify 40% of sales in the U.S. by 2030. Set your goals big and good luck investing that $18 billion. One can dream. 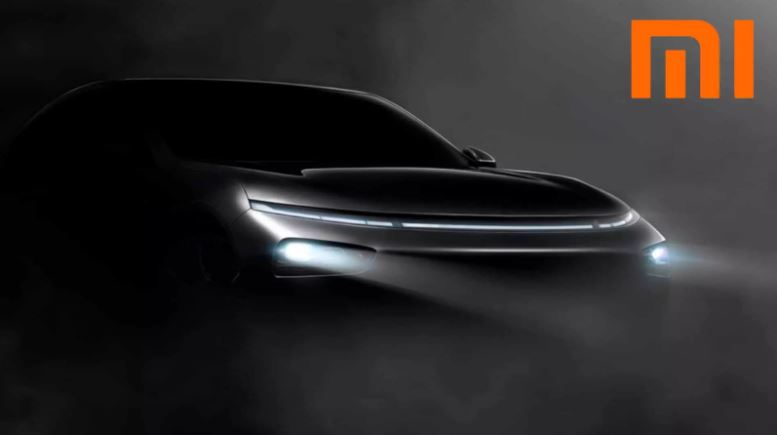 From Cell Phones to EV Factories

Xiaomi, one of the top cell phone manufacturers in the world, is building its first EV factory in Beijing's suburbs with an end goal of launching vehicles by 2024. The factory will be built in two phases, with the ultimate production capacity of 300,000 vehicles per year.

Xiaomi also announced plans to invest $10 billion into its EV projects over the next 10 years, including improving its autonomous features through a recent purchase of Deepmotion for $77 million. Currently, the company is focusing on opening smartphone stores across China. It’s expected that these stores will double as a venue for consumers to purchase EVs. Go in to get your new cell phone and come out with a new EV.

Get Barreled in the Ocean

It was an amazing opportunity to see Henrik Fisker unveil the Fisker Ocean a couple of weeks ago at the LA Auto Show. Yes, the range of 350 miles, all-wheel drive, and 540 horsepower are awesome, but this vehicle is much more than that. Fisker aims for this car to be the most sustainable vehicle ever.

To reach this goal, the Ocean has a solar roof that can yield 1,500 miles per year, a vegan interior, and even carpet made out of recycled bottles and fishing nets. What’s not to love about that? It’s time to start thinking about retiring your 1977 VW Westfalia and get on the list for an Ocean. Right now, there are around 20,000 reservations and Fisker expects the Ocean will hit the streets in late 2022.

F-150 Lightning Is The Most Researched Electric Pickup On Twitter
⠀ Tesla Introduces $1,900 Cyberquad For Kids With 15-Mile Range

Want these stories and more directly in your inbox every Thursday? Sign up now! And did we mention free prizes?! We’ve also launched an EV merch store just in time for the holidays so that you can buy the ultimate EV enthusiast in your life an electric vehicle shirt, hat, hoodie, and more! Order before December 7th to receive in time for Christmas.