The latest video from Tesla Giga Shanghai in China, shared by Wu Wa, reveals that the production is in full swing, while the parking lot is close to running out of space. That's despite the fact that there are dozens of vehicle carriers.

Tesla Giga Shanghai operates as a major export hub for Tesla (mostly to Europe and markets near China). Usually, in the first half of a quarter, the cars are produced for export - so they could be delivered by the end of the quarter and add to the total tally. In the second part of a quarter, most of the production is envisioned for local sales.

Multiple reports indicate that the current quarter will be another record one, especially since some 12 ships were already sent to Europe.

Another video (see below) shows that the site is still expanding, with new areas under construction. Tesla is adding more and more facilities for various purposes.

"This week the piling stage of the new expansion site has been completed, the site is under construction everywhere, the central and eastern part of the site foundations have been seen in shape, the southwest location has a long strip of ground, like a ditch, which is the future buried cable? There is a large pit in the west of the site, is it the foundation for large equipment?

And here is another flyover video of the site, shared by Jason Yang: 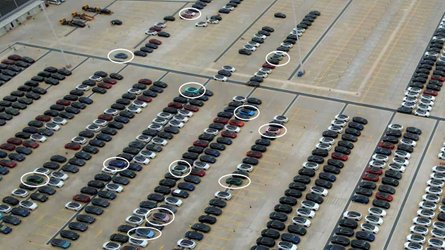 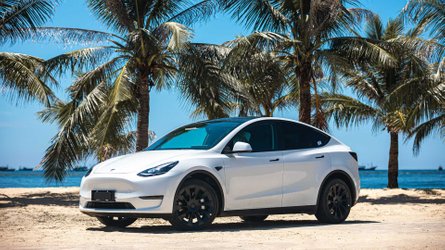 Tesla Updates Model Y Offer In China
By: Mark Kane
++
Got a tip for us? Email: tips@insideevs.com