The peaceful Faroe Islands came alive to the sound of squealing tires and loud electric motors.

Ford’s extreme modified Mustang Mach-E 1400 has to be one of the craziest electric vehicles currently in existence, allowing (and even encouraging) its driver to drive in a very flamboyant fashion. This is at odds with the serenity and scenic beauty of the Faroe Islands, which is where Ford took the Mach-E 1400 and handed it over to Vaughn Gittin Jr. who drove it in his usual style.

After reaching the small island nation, whose population is under 50,000 inhabitants, Gittin visited some of its best known sights, although he did it very differently compared to typical tourists, most of whom are usually hikers, bird watchers and just laid back nature lovers.

I am so fortunate that we [Ford and RTR] have been able to push the boundaries of electric vehicles and do something so new that has never been done before,” said Gittin Jr. He continued, “Pioneering electric-battery power in the Ford Mustang Mach-E 1400 has been a dream for me, and it is our collective hope that all the learnings and fun that has been experienced will have a trickle-down effect in future road cars that consumers purchase. I am very excited about these future technologies and all which battery electric power has to offer!

And while the setting may be unique and unusual, the way the Mach-E 1400 was driven isn’t. In fact, the 1400 is usually presented in a thick tire smoke cloud of its own making, so this latest presentation is no different. We will say we really appreciated just how beautifully shot the video is and how it not only shows off the vehicle, but also the natural beauty of the setting; the photos in the gallery are also really good too. 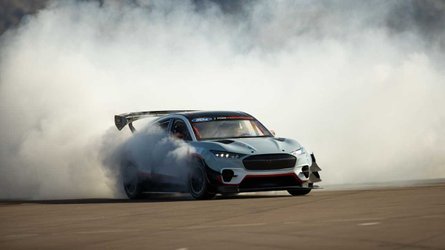 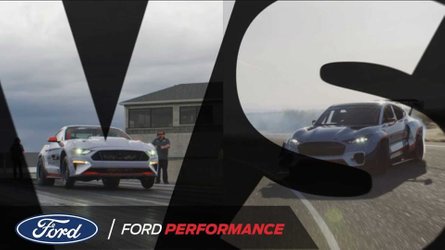