NIO EV Sales Down In October Despite All-Time High Demand

The company explains what caused the decline right after reaching its first 10,000+ result in September.

NIO reports asurprisingly low electric car sales for the month of October, after its all-time record of over 10,000 units in September.

Last month, the Chinese company sold only 3,667 electric cars (down 27.5% year-over-year), which the lowest result in some 16 months and the first year-over-year decline in about 19 months.

To make things even more interesting, NIO says that the new order backlog reached another all-time high in October.

What happened then? Well, the main cause is the retooling of NIO's only manufacturing plant - the JAC-NIO Advanced Manufacturing Center in Hefei:

"The vehicle delivery in October was significantly impacted by reduction in production volume as a result of the restructuring and upgrades of manufacturing lines and the preparation of new products introduction from September 28 to October 15, as well as certain supply chain volatilities. Despite the production and supply chain challenges, the Company’s new order reached another all-time high in October driven by increasing user demand."

"Due to the restructuring and upgrade scheduling, NIO ES8 production was resumed towards the end of October."

It means that the dip should be temporary and soon we should see more 5-digit results. We guess that the retooling was related to the upcoming NIO ET7 (expected in Q1 2021). 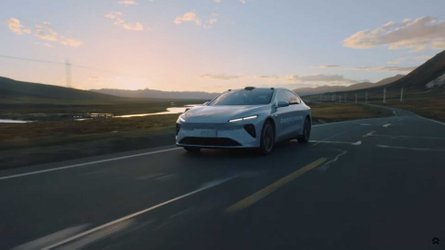 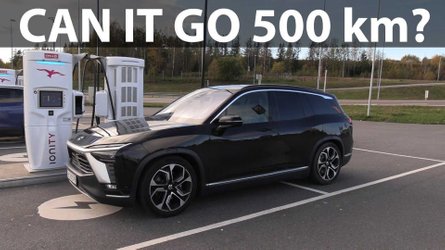 NIO ES8 Beats Audi e-tron In Bjørn Nyland's Range Test
By: Mark Kane
++
++
Got a tip for us? Email: tips@insideevs.com