Jay Leno isn't the only person who has recently credited Musk for Tesla's massive success.

This week, Tesla's valuation exceeded $1 trillion for the first time. The stock spike came after an announcement that Hertz rental car company ordered 100,000 vehicles from Tesla. We've also learned that Hertz entered into an agreement with Uber, which will allow the ride-hailing company's drivers access to some 50,000 of the rental Teslas over time.

While the stock didn't seem to see nearly as much movement prior to the above announcements, Tesla recently reported record deliveries and profits as well.

Musk wasn't one of the original founders of Tesla, though he invested heavily in the company early on. Today, he's the largest Tesla shareholder, and he recently reiterated that his money was the first in and will be the last out. Musk is holding his Tesla stock for the long run.

According to Leno, Musk has actually been "instrumental" in taking Tesla to such heights. The former talk-show host points to Tesla's unique cars, as well as interesting features like Ludicrous mode that only came to be thanks to Musk's ideas and vision. If Musk didn't have such a massive stake in Tesla, many of the brand's key strengths may not even exist.

Leno even went so far as to compare Musk to the likes of Henry Ford and Thomas Edison. He said this is because, much like Musk, they essentially owned "the whole deal." He told CNBC:

“When you own the company, you can do whatever you want. Some people love it and some people hate it, but that’s why all other cars look alike. Because everything else has to be designed by committee.”

“Can you imagine any of the major automobile manufacturers saying ‘Let’s call this high performance feature ‘Plaid’ like they did in ‘Spaceballs’ as a joke?‘ You’d be fired or thrown out of the office. But when you own the company? Well, my car says ‘Plaid’ on the back of it.”

Musk is full of what some folks call "crazy ideas," and many people like to say that much of what the CEO has planned (or had planned in the past) is ridiculous and impossible.

However, thus far, Musk has proven that what seems impossible is truly possible, though it takes plenty of time and energy. He still has much more to prove going forward, and Leno has faith that Musk (and Tesla) will prevail. 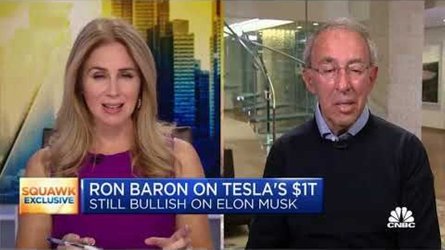 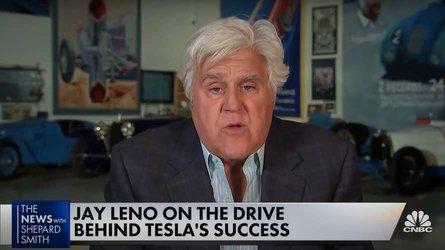