Uber Says Hertz Will Make 50,000 Teslas Available For Its Drivers

If Hertz's order of 100,000 Teslas wasn't enough, now the rental car company has struck a deal with Uber.

Uber has announced that it struck a new deal with rental car company Hertz. According to a recent Uber press release, the ride-hailing company will eventually have access to 50,000 Tesla cars via Hertz.

For those unaware, Hertz recently ordered 100,000 cars from Tesla, and interestingly, it paid full price for them. Tesla expects to fill the order by the end of 2022. While a small group of Tesla skeptics believes this means demand is dropping for Tesla's vehicles, it may be one of the best things to happen to the electric automaker in some time.

Tesla's stock spiked on the news of the deal with Hertz, and now it gets even better. The recently bankrupted rental car company has reportedly been working closely with Uber to supply its drivers with rental cars. Now, those drivers that rent a car to use for the ride-sharing company will be able to rent a Tesla.

The Hertz deal will already work to advertise for Tesla, as well as provide a multitude of people with the opportunity to drive a Tesla. You know what they say, "If you drive a Tesla, you'll want to buy a Tesla." The same is likely true of folks who get a chance to go for a ride in a Tesla, and some Uber drivers will probably jump at the chance to use a Tesla for their job.

“Today, it goes electric: Hertz will make up to 50,000 fully electric Teslas available for drivers to rent by 2023, exclusively for drivers using the Uber network in the US. This is the largest expansion of electric vehicles (EVs) on a mobility platform in North America and one of the largest globally, marking another step towards Uber’s zero-emissions goal.”

Uber plans to begin the new program in select areas, including Los Angeles, San Diego, San Francisco, and Washington, DC, on November 1. However, in just a few weeks, the company says it will roll out the program nationwide. In order to charge the cars, Uber also secured a deal with Wallbox to build out charging stations. 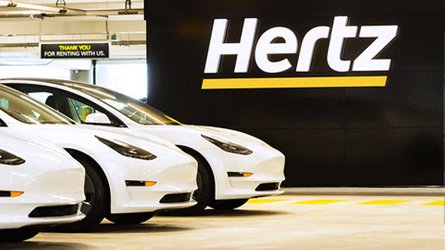 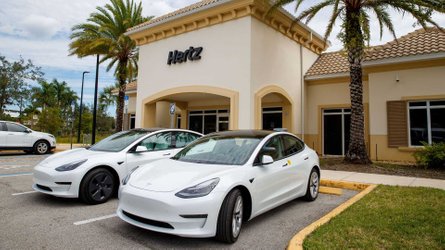 Renting a Tesla Model 3 will cost Uber drivers $334 per week, though Uber plans to offer the cars for $299 at a later date. Keep in mind, this figure includes insurance and maintenance.