Are the established OEMs doomed now? "They believed the wrong people."

The content-rich presentation of the Tesla Giga Berlin plant in Grünheide near Berlin was closely followed not only by EV enthusiasts or the media, but by basically the entire automotive industry.

Here we can listen to Munro Live's Sandy Munro and Cory Steuben review what Tesla has shown in the plant that is expected to start production as early as next month.

Munro Live's team appears amazed by Tesla's approach and considers the direction is right. First of all, the move to large megacastings for the front and rear part of the car will massively simplify and accelerate the production. The plant should be easily able to produce half a million cars, according to Sandy Munro - a new car body will be able every 45 seconds.

Another thing is the switch to the structural battery packs (with 4680-type cells), which should bring a positive effect in many areas - efficiency/range, production and cost. However, the initial production might still rely on the 2170-type cells, imported from China (a lot depends on when the 4680-type will be ready for prime time in volume).

A funny thing is that Sandy Munro notes the lack of interest in new manufacturing approaches among OEMs 20 years ago, when he personally proposed megacastings for conventional cars.

And this raises a major question, whether the established manufacturers felt too confident and were operating in too fossilized structures? In the recent years, we saw the introduction of the first dedicated all-electric platforms (finally), envisioned for volume production, but it might be "too little, too late." because they have to compete with the Tesla of tomorrow, not the Tesla of yesterday.

Munro Live's conclusion is that Volkswagen (and others) are in big trouble, "they believed the wrong people."

Just within the last several days we have read that the Volkswagen Group might be forced to cut 30,000 jobs if the transition to EVs takes too long.

"Volkswagen's CEO Herbert Diess told a supervisory board meeting in September that the company could lose 30,000 jobs if it transitioned too slowly to electric vehicles (EVs), two sources with knowledge of the matter told Reuters on Wednesday."

According to the reports, Tesla is setting new standards for EV productivity. Volkswagen Group's management is reportedly terrified that Tesla is expected to require just 10 hours to produce a Model 3/Y, while the Volkswagen ID.3 based on the new MEB-platform requires 30 hours (according to Automotive News). 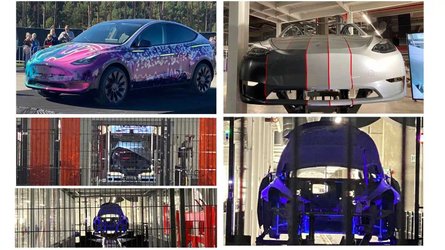 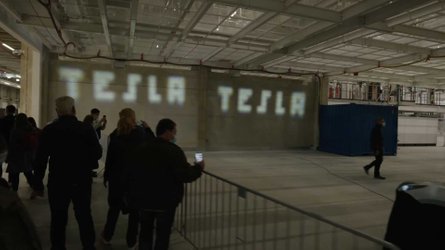