The Chevy Equinox EV will cost $30,000 yet an even cheaper EV is in the making, GM President Mark Reuss said.

We already knew GM had big plans for its electrified future, promising 30 new electric vehicles by 2025. Now we’ve got some interesting details about some of these EVs revealed at the company’s "From Automaker to Platform Innovator" investor day event.

Diving straight into the subject, General Motors wants to double its annual revenues by 2030 while growing EBIT-adjusted margins as it transitions to an all-electric future. The main goal is to overtake Tesla as the EV leader in the United States.

“GM plans to reach leadership in EV market share in the U.S. while growing its profits from internal combustion engine (ICE) vehicles.”

GM is currently second only to Tesla in the US regarding EV sales (albeit far behind it), so how does it plan not only to catch up with the EV maker but also overtake it? It aims to do so by accelerating the pace of EV launches in the coming years, with new models including Equinox and Blazer electric crossovers, plus an entry-level EV.

The announcement was made during the investor day presentation by GM President Mark Reuss, who said that Chevrolet would launch an electrified version of the Equinox with a $30,000 price tag.

“The Chevrolet crossover you see up here [it was not shown on camera] is an Equinox EV or the equivalent and is part of our 30 EVs by 2025. This Chevy will be a high-volume player when it arrives priced at approximately $30,000.”

While no additional information was offered, this is big news considering the targeted price and the fact that the Equinox is currently GM’s second-best-selling vehicle behind the Silverado truck (which is also getting an all-electric variant debuting at CES 2022).

“We also have a Blazer EV that will be an affordable, high-volume entry as well. And we’re working on something else even below those from a price standpoint, but we aren’t prepared to discuss the details of that quite yet.”

Reuss did not mention the Blazer EV's price but it will likely be more expensive than the smaller Equinox EV. As for the new, as-yet-unnamed entry-level Chevrolet EV, we assume he was referring to something in the $20,000 range as the Bolt currently starts at $31,000.

GM's EV growth, including the aforementioned models, will be driven by the Ultium modular EV platform, the company said in a press release that also mentioned "Buick crossovers."

“The array of Ultium-powered EVs will include high-volume entries, including a Chevrolet crossover priced around $30,000, Buick crossovers, trucks from Chevrolet, GMC and Hummer EV, as well as exquisitely crafted Cadillac EVs such as the upcoming Lyriq and Celestiq.”

Driven by the launch of these new electric models, GM projects EV revenue to grow from about $10 billion in 2023 to approximately $90 billion annually by 2030. In addition, GM outlined plans for more than 50 percent of its North America and China manufacturing footprint to be capable of EV production by 2030. 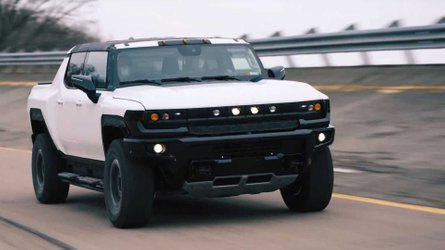 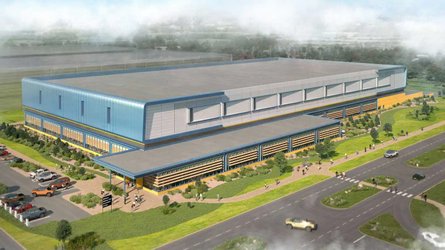