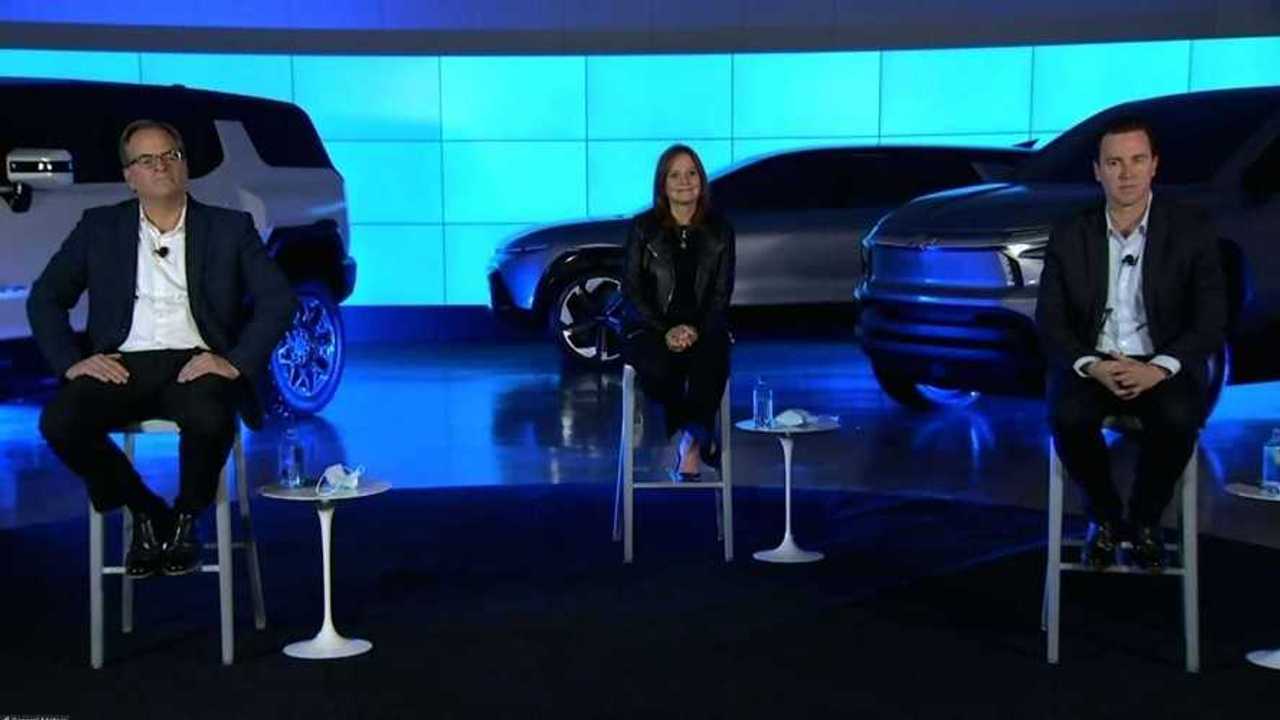 A few days ago, we shared a rumor with you that was first published by Automotive News. It suggested that General Motors has plans to accelerate its future electric vehicle program with more money and quicker timelines. However, when the publication reached out to CEO Mary Barra for comment, she said the talk of GM increasing spending was speculative.

Fast-forward to later that evening and into the next day, and we learned that Barra would actually be speaking at the Barclays Global Automotive Conference. We also learned that there would be plenty of new information under embargo. As it turned out, it was essentially all the same information that Automotive News had leaked the day before. We published an article with all the details from GM's press release. Nonetheless, we were hopeful there might be some new vehicle reveals or at least some teasers.

As we watched the conference, it became clear that some of the vehicles Barra and her colleagues were sitting in front of on stage were actually upcoming electric vehicles that have yet to be revealed. The most obvious was the GMC Hummer EV in SUV form. We've seen the pickup truck, and we knew there was an SUV, but this was the first time GM revealed it.

Other vehicles on the stage weren't so clear. You can see what appears to be a pickup truck, perhaps a Chevy Silverado electric truck? There were also a few other SUVs. Almost directly behind Barra, you can see what we believe is the Equinox-sized electric crossover. Check out the lede image above, as well as a closer shot below.

It's important to note here that this isn't the upcoming Chevrolet Bolt EUV. While that's also an electric crossover, it has a completely different design. Check it out below for comparison.

Did you watch the Barclays Conference? Any other discoveries we may have missed? Let us know your take on GM's presentation.