All buyers of the 2021 VW ID.4 will get three years of unlimited, complimentary fast charging at Electrify Canada stations.

Volkswagen has announced that ID.4 buyers in Canada will enjoy three years of free unlimited fast charging at Electrify Canada stations across the country.

Electrify Canada currently has 27 stations with a total of 108 chargers, concentrated in the major population centers of British Columbia, Alberta, Ontario, and Quebec.

However, the VW Group subsidiary recently announced plans to exceed 100 locations in nine provinces by the end of 2025, offering a total of 500 individual chargers. The expansion will allow drivers to travel between Halifax to Victoria while charging at its stations.

Electrify Canada’s currently available stations offer 150-kW and 350-kW chargers that work with a variety of electric vehicles. VW says the ID.4 will be able to charge its battery from five to 80 percent in as little as 38 minutes at these fast-charging stations.

“Collaborating with Volkswagen Canada to offer complimentary charging can enhance the EV ownership experience, helping us move towards our goal to make electric mobility a viable solution for all.”

The offer applies to all buyers of the 2021 VW ID.4, which starts arriving in Canadian dealerships this fall. The electric SUV is priced from 44,995 Canadian dollars (CAD) in base Pro trim with rear-wheel drive, which means it qualifies for the CAD5,000 EV rebate from the federal government. VW ID.4 buyers are also entitled to additional incentives ranging from CAD3,000 to CAD8,000 in select provinces.

Dual-motor, all-wheel drive variants of the ID.4, dubbed Pro AWD, will also be available with prices starting at CAD49,995.

The ID.4 will initially be sold in Quebec and British Columbia only, as these are the provinces with the most EV adopters and biggest EV programs. VW’s electric SUV will also become available in Ontario at a later date.

Check out these VW ID.4 videos 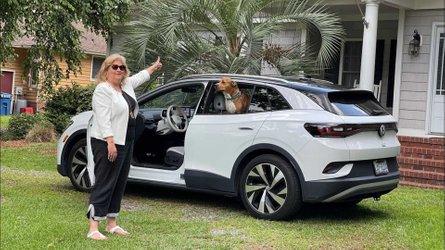 Is The VW ID.4 A Good First Electric Crossover? Owner Chimes In
⠀ 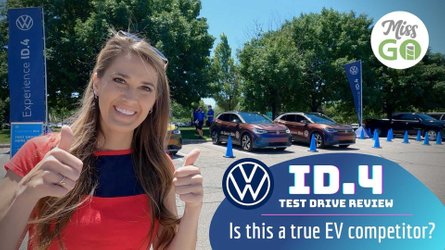