Much like the GMC Hummer EV, the Chevrolet Silverado electric pickup will be available with Four-Wheel Steer for a tighter turn radius.

In April this year, Chevrolet confirmed the all-electric Silverado pickup based on GM's Ultium Platform and therefore built from the ground up to be an EV.

Tipped to offer more than 400 miles (644 km) of range on a full charge, the Silverado electric will be made alongside the GMC Hummer EV at the Factory Zero in Detroit-Hamtramck, Michigan.

Now, it appears that the battery-powered pickup will share more than the assembly plant and platform with the GMC, as Chevrolet has just teased the Silverado’s available Four-Wheel Steer system.

“Chevrolet today revealed the Silverado electric pickup will drive circles around the competition, and with the addition of available Four-Wheel Steer and 24-inch wheels, it will turn circles inside them, too. Four-Wheel Steer is a chassis feature that enables the vehicle to steer all four wheels, enabling increased agility and tighter turning radius at low speeds, improved handling and stability at higher speeds, as well as great trailering dynamics.”

It remains to be seen whether the Silverado electric will get other gimmicks from the Hummer EV, such as the CrabWalk and Extract Mode. The former should be a no-brainer considering that it uses Four-Wheel Steer to drive diagonally at low speeds—a useful feature when attempting to traverse tight trails.

Chevrolet says the fleet and retail versions of the Silverado electric “will offer customers a variety of options and are expected to be in high demand.” Unfortunately, there’s no update regarding availability, though it's estimated the Silverado e-pickup won't arrive sooner than 2023. 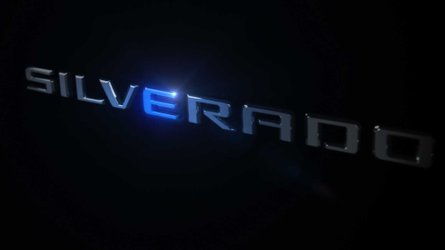 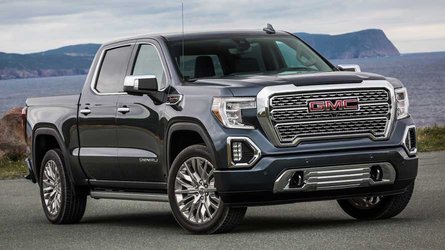 GMC Hints At Electric Full-Size Electric Pickup
By: Dan Mihalascu
++
Got a tip for us? Email: tips@insideevs.com