The estimated delivery time of Tesla Model Y Long Range version in the U.S. (new orders) once again increased - this time to October, according to Tesla's online design studio.

It indicates that the company already sold out all the Model Y Long Range that will be produced in the third quarter of this year and maintained demand momentum (a month ago, the delivery time was September).

In the case of Performance version, the expected delivery time is 7-11 weeks (September). 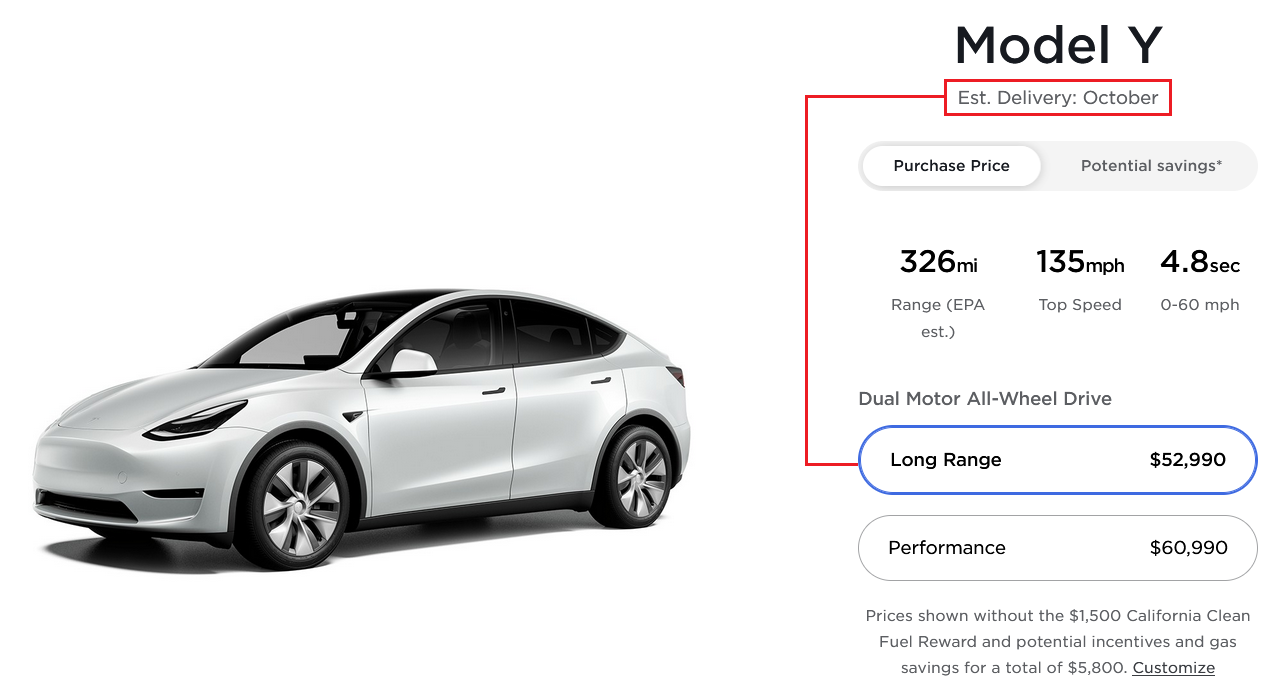 We guess that the Tesla Model Y and the Long Range version in particular is the best-selling Tesla car in the U.S. right now. Actually, it already was number one in the first four months.

The company reportedly has high demand for the Model Y also in China (but more because of the entry-level Standard Range version) and soon will start sales of Model Y SR in Europe (imported from China).

It should make the Model Y the new best-selling electric car globally. With Giga Texas and Giga Berlin set to produce Model Y as well, the only way for quite some time will be up.

To have a full image of the situation, let's take a look also at the estimated delivery time of other Tesla cars in its home market:

It appears to us that the demand for the Model 3 is solid as well, while it is difficult to say anything about the Model S (it's in the ramp-up phase). The Model X is delayed to basically next year.