That's just half an hour behind the record.

The entry-level Tesla Model 3 Standard Range Plus (made in California) was recently tested by Bjørn Nyland at a distance of 1,000 km (622 miles).

The conditions for this test were perfect, with temperatures between 22-27°C (24°C average), which translated into a very good result of 10 hours and an average speed of 100 km/h (62 mph), including charging stops. That's not far from the Audi e-tron GT's 9 hours and 35 minutes record.

The energy consumption averaged 178 Wh/km (286 km Wh/mile), which is a very good result, but the battery of around 55 kWh required a total of six stops.

Bjørn Nyland used a mix of Tesla Superchargers (only V2) and non-Tesla chargers (but not IONITY this time), trying to not stay at the chargers too long when the power output decreases.

The results of this test indicate that the Long Range/Performance versions of Tesla Model 3 will be able to complete the 1000 km challenge quicker than in 10 hours - maybe in a similar time as Audi e-tron GT. 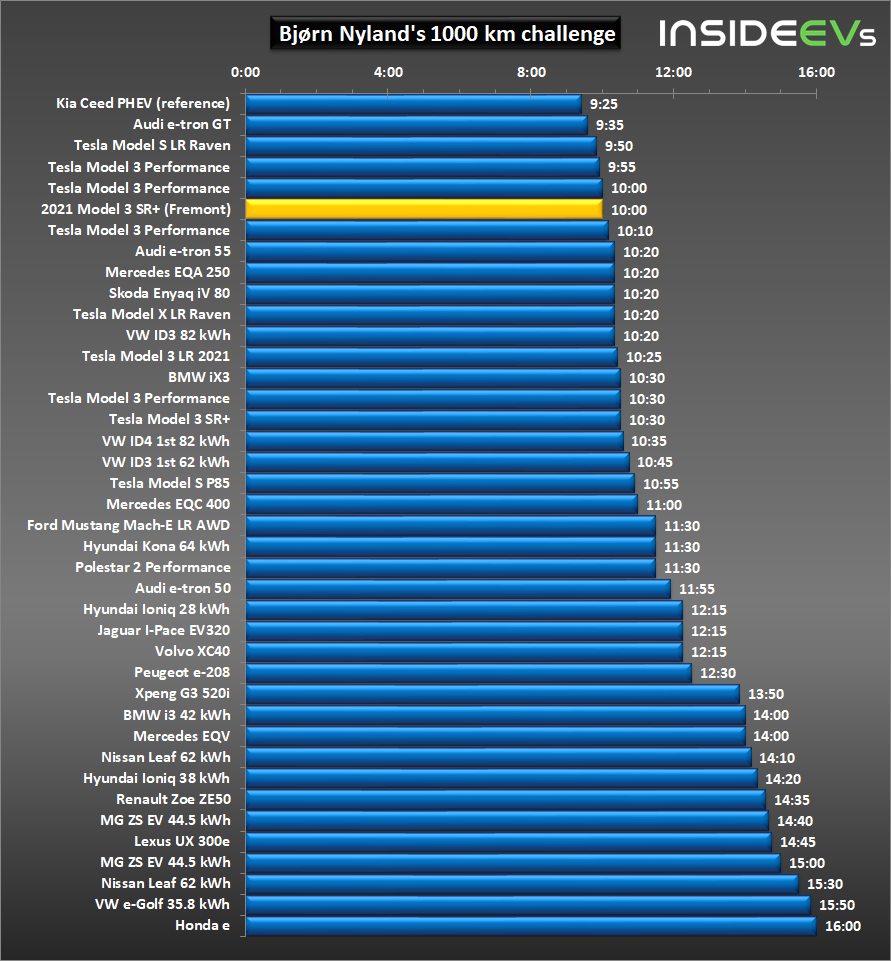 Porsche Taycan Turbo Cross Turismo Nets 246 Miles Driving At A Constant 70-MPH
By: Mark Kane
++
++
Got a tip for us? Email: tips@insideevs.com