Audi e-tron GT not only shines in Bjørn Nyland's range tests, but thanks to outstanding fast-charging characteristics, the car set also a new record in the Bjørn Nyland's 1,000 Km challenge.

Bjørn Nyland testes electric cars on the Norwegian highways at a distance of 1,000 km (622 miles), using available fast-charging networks. In the case of Audi e-tron GT, it was the IONITY network.

The challenge starts at about 100% State of Charge (SOC) and was conducted mostly at night. Since the range at highway speeds is significantly lower than the 488 km (303 miles) WLTP, a few stops for fast charging were included.

The charging stops are optimized to take advantage of the charging characteristic if possible. In at least one case, Bjørn Nyland had to switch the charger as it was underperforming at just over 140 kW (instead of about 250 kW).

The previous best was the Tesla Model S Long Range (Raven) - 9 hours and 50 minutes, followed by the Tesla Model 3 Performance (9 hours 55 minutes). According to Bjørn Nyland, the Model 3's results could be better, but are constrained by the limited number of V3 Superchargers in Norway.

Anyway, all results of 10 hours or less (average speed of more than 100 km/h) are considered very good and the lower the time is, the more important the human factor becomes.

Who knows, maybe the next EV will be the Hyundai Ioniq 5, which will show whether it can join the sub-10-hour club. 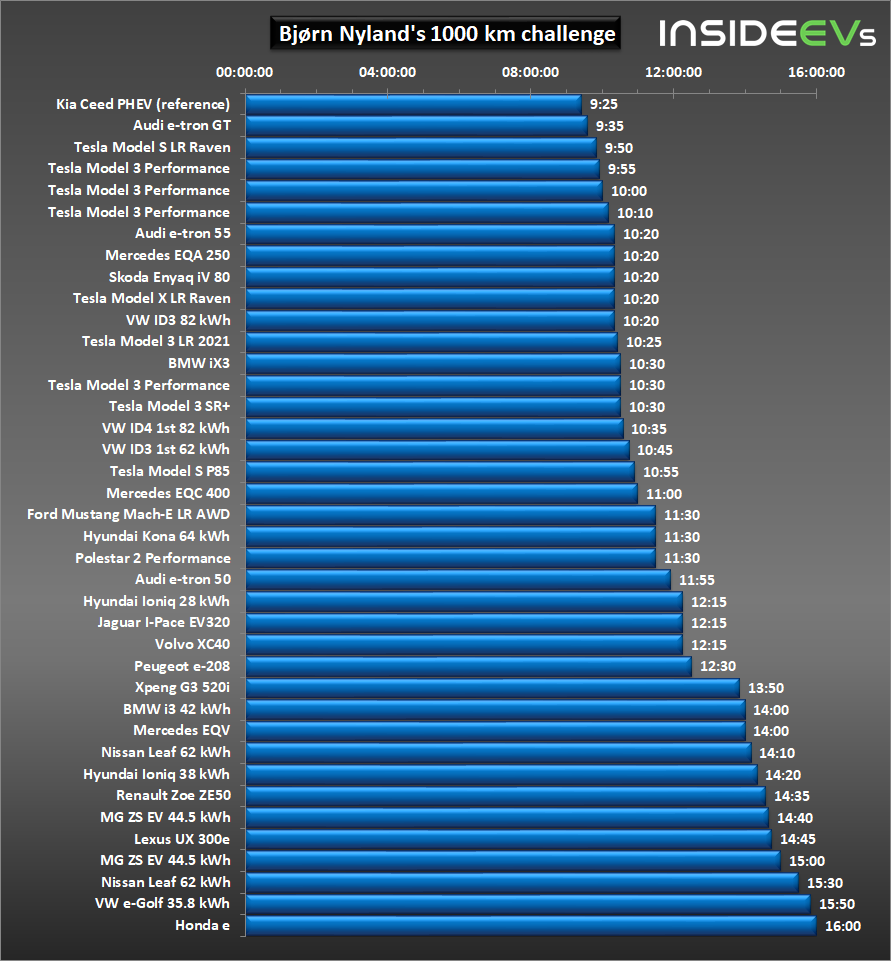 ⠀ 2022 Audi E-Tron GT: An EV That Drives As Good As It Looks
⠀ Watch Porsche Taycan 4S Compared Against Audi E-Tron GT
++
Comment!
Got a tip for us? Email: tips@insideevs.com