Do you think an all-electric F-150 Raptor would make sense? Ford has said it has no plans to make one, but we can still dream.

Ford has released some preliminary performance figures for the F-150 Lightning and it’s already quicker than the current F-150 Raptor, at least in a straight line, over even ground. According to Ford, the quickest version of electric F-150 needs just 4.5 seconds to reach 60 mph (96 km/h), while the current Raptor needs a full second more.

Would it therefore make sense for Ford to combine the two into a single F-150 Lightning Raptor or Raptor Lightning? Well, we say yes, and if Ford did it right now, the resulting vehicle would not be too dissimilar to this one by KDesign AG - it’s a series of photos of the Raptor in which the truck has been digitally changed to feature all of the Lightning’s design cues, although the most notable out of them all is the front full-width light bar.

The other changes he’s made to the truck include deleting the visible exhausts in the rear and adding ‘Lightning’ script across the tailgate. Scrolling through the photos, it’s pretty clear the biggest change wouldn’t be visual, but rather the transformed driving experience - the vehicle would have instant torque, allowing for even more control when driving off-road.

It would also be almost completely silent, allowing you to explore the wilderness quietly, without scaring off the wildlife. Ford has so far not announced any plans to make such a version of its F-150 (quite the contrary, actually), but we hope one is in the pipeline, if not for this generation of the truck then certainly for the next one. The electric Raptor could be sold alongside the ICE model (next one is going to have a V8 instead of the current V6) and they would actually address different audiences. 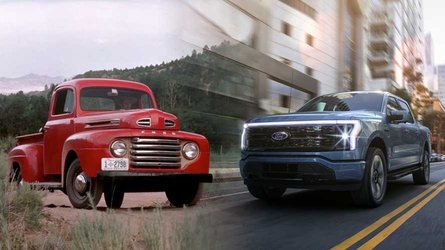 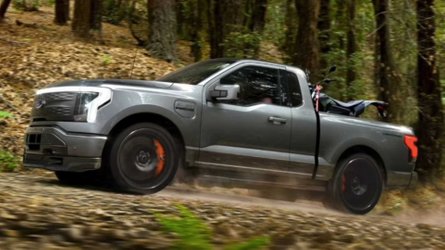