They are inefficient and more harmful to the environment.

There are two main solutions to make cars zero-emission - use of batteries orf hydrogen fuel cells to supply electricity to electric motors.

At InsideEVs, we were always backing batteries and are very skeptical about hydrogen, mainly because up to around three times lower energy efficiency. But this is not the only flaw with hydrogen fuel cell vehicles (FCV). The other main obstacles are cost of cars and hydrogen fuel and lack of hydrogen refueling infrastructure (it's expensive too). All those things have been an issue for at least the last 10-15 years.

Recently, Volkswagen Group boss Herbert Diess has criticized the use of hydrogen in cars, pointing to a study from the Potsdam Institute for Climate Impact Research (PIK): "Please listen to the science:"

"Such fuels as a universal climate solution are a bit of a false promise. While they are wonderfully versatile, they cannot be expected to replace fossil fuels on a large scale. This can only be achieved with direct electrification. Hydrogen-based fuels are likely to be very scarce and uncompetitive for at least another decade."

"Rather, direct use of electricity would make more economic and ecological sense in the coming years, especially in the passenger car sector. It is also criticized that new hydrogen-based fuels could keep combustion technology alive longer, which in turn would ensure continued dependence on fossil fuels and thus further greenhouse gas emissions and endanger the climate targets." - Handelsblatt's article.

Herbert Diess, just like Tesla's Elon Musk, seems to be on the same page with full commitment to battery-electric cars and distancing themselves from hydrogen. Tesla and Volkswagen Group are the #1 and #3 largest automotive groups in terms of BEVs sales globally right now.

Volkswagen seems to have been focusing on BEVs for quite some time now as it has released an interesting comparison between BEVs and FCVs about a year ago, concluding that FCVs are "very inefficient – both in terms of efficiency and operating costs". 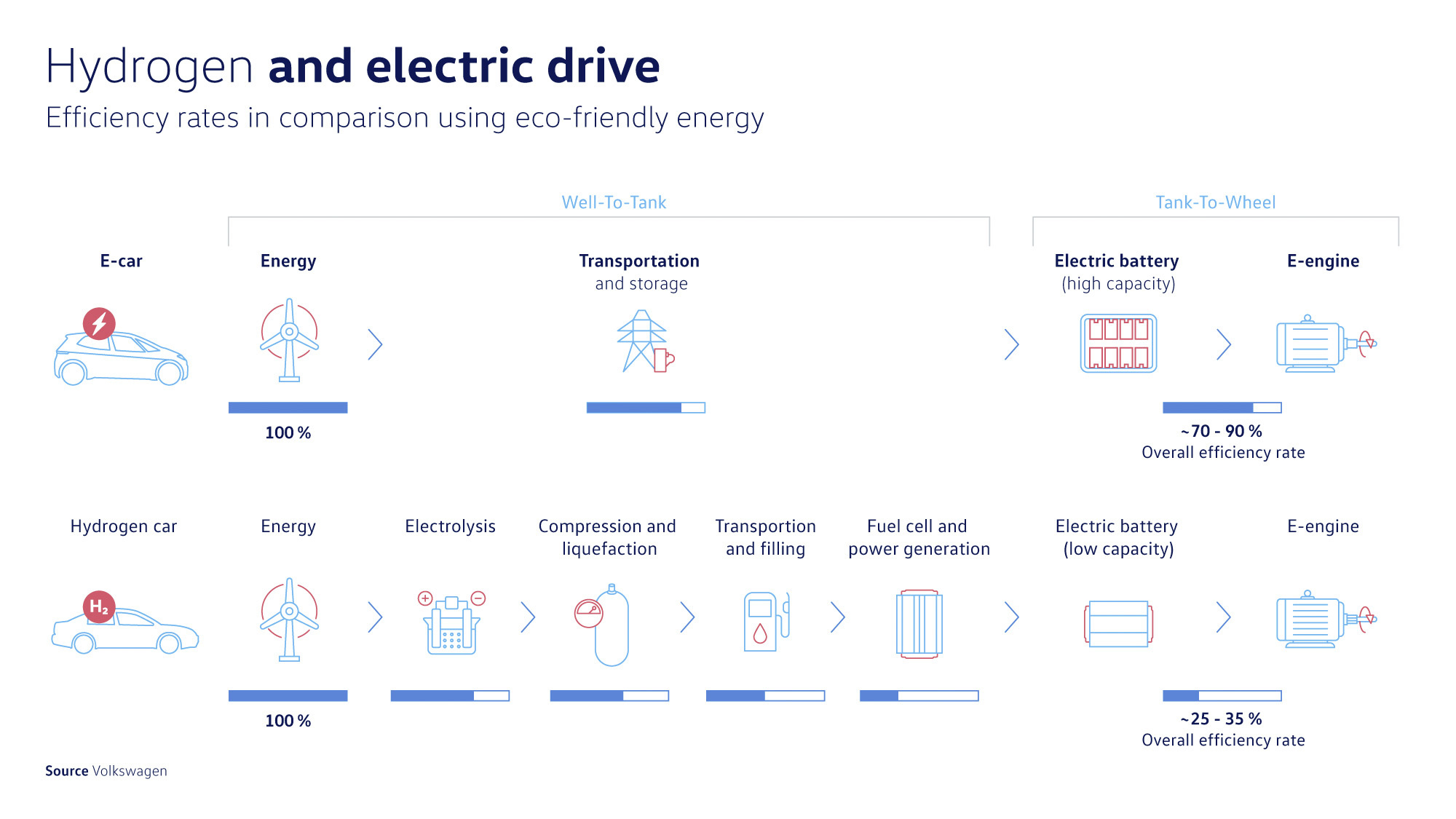