Opel will launch it in Europe at the end of this year.

It's based on the all-electric Vivaro-e (and conventional Vivaro), but the battery pack was replaced with carbon-fiber tanks for hydrogen.

Market launch (very limited in the beginning) will take place in late 2021 (2023 in the case of Vauxhall in the UK).

"Vauxhall is actively speaking to business customers in the UK about hydrogen fuel cell and expects right-hand drive vehicles to arrive in 2023. Sister brand Opel plans to start delivering the first left-hand drive vehicles to fleet customers in autumn/winter 2021. The Vivaro-e HYDROGEN will be assembled at Vauxhall/Opel’s Research and Development Centre in Rüsselsheim, Germany."

According to the manufacturer, the range of the Vivaro-e Hydrogen to be up to 400 km (249 miles), which is however not that much more than the 330 km (205 miles) in the case of the battery-electric Vivaro-e with a 75 kWh battery.

The theoretical advantage of the FCV version is a three-minute refueling time - theoretical, because there is no infrastructure for that, while the BEV version can start each day fully charged.

The Vivaro-e Hydrogen is also equipped with a 10.5 kWh battery that is good for up to 50 km (31 miles of range), although its main task is to take care of dynamic peak power when required - at start-up and under acceleration, as well as regenerative braking. The hydrogen fuel cell stack is just 45 kW and doesn't like to change its power output too fast, which explains why a buffer battery is a necessity. Additionally, the battery can be charged externally (at night, we guess).

The utility of Vivaro-e Hydrogen is similar to the battery-electric version (and conventional version), including cargo space of 5.3 m3 to 6.1 m3 and payload of up to 1,100 kg.

"Thanks to the smart packaging, the battery electric version becomes a fuel cell electric LCV without any modifications to the body (available in standard 4.95m and long 5.30m wheelbase) and with no impact on the 5.3m3 to 6.1 m3 of cargo space, while the payload increases to 1,100kg."

“Hydrogen could be the central element of an integrated and efficient energy system of the future, free of fossil fuels. We have more than 20 years of experience in hydrogen fuel cell vehicle technology. There is hardly another propulsion system in the world that offers the combination of zero emissions, long driving range and only three minutes refuelling time.”

While we are interested mostly in battery-electric vehicles, it will be actually very interesting to compare the two very similar vehicles with different powertrains and see how competitive they are. 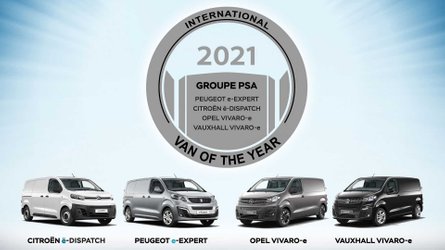 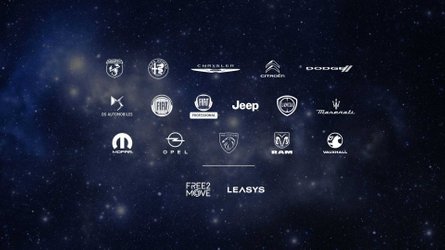 Stellantis To Triple Electric Vehicle Sales In 2021
By: Mark Kane
++
++
Got a tip for us? Email: tips@insideevs.com