Tesla had the odds stacked against it in April, but the Model Y appears to have significantly outsold rivals.

Tesla has been up against a multitude of issues in China. This isn't a good look for the automaker since CEO Elon Musk has noted on many occasions that the country is a huge market for the Silicon Valley automaker. However, it seems that even all the recent negative news wasn't enough to slow down Model Y sales in China.

If you haven't been following the news, Tesla dealt with protests at the recent Shanghai Auto Show, more protests related to alleged "brake failure," and concerns over its car built-in cameras related to the potential for spying, among other negative media coverage.

With all of that said, according to Teslarati, based on data from the China Automotive Technology and Research Center, the Tesla Model Y topped all other electric SUVs in April 2021. Based on insured units during the month, the Model Y hit 5,520. Keep in mind, Tesla shut down assembly lines at the Shanghai Gigafactory for two weeks in April as well.

As you can see from the chart above, interest in electric crossovers in China appears to be healthy. However, for comparison, the NIO ES6 numbers come in at 3,302 and the NIO EC6 hit 2,484 insured units over the course of April. The Xpeng G3 is reported at 2,063 insure units.

Moving further down the list, we see electric SUVs from legacy OEMs, including BMW, Mercedes, and Volkswagen. The Mercedes EQC, VW ID.4 X, and ID.4 Crozz were all listed at under 800 insured units on the month.

Read More About Tesla And China: 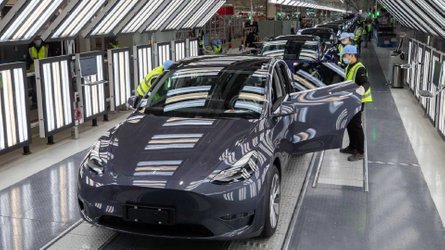 Tesla And China: A Symbiotic Relationship In The Making 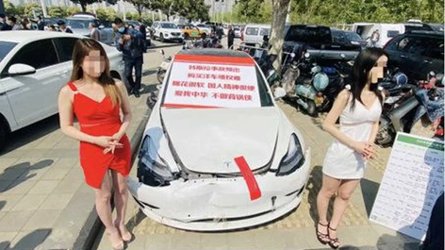 Hopefully, Tesla will get all of the issues resolved in China sooner rather than later. One can only assume sales have been impacted at least to a degree by the negative news. Fortunately, the automaker is now engaging with regulators and expanding its customer relations team in the country.