Will add a new production line (in Nevada) in FY2022 and launch prototype production of 4680 type cells (in Japan).

Panasonic has just released its financial report for the FY2021 year (Q2 2020 - Q1 2021), which was significantly affected by coronavirus lockdowns.

As usual, let's take a quick look at the results, including the automotive and EV battery business. 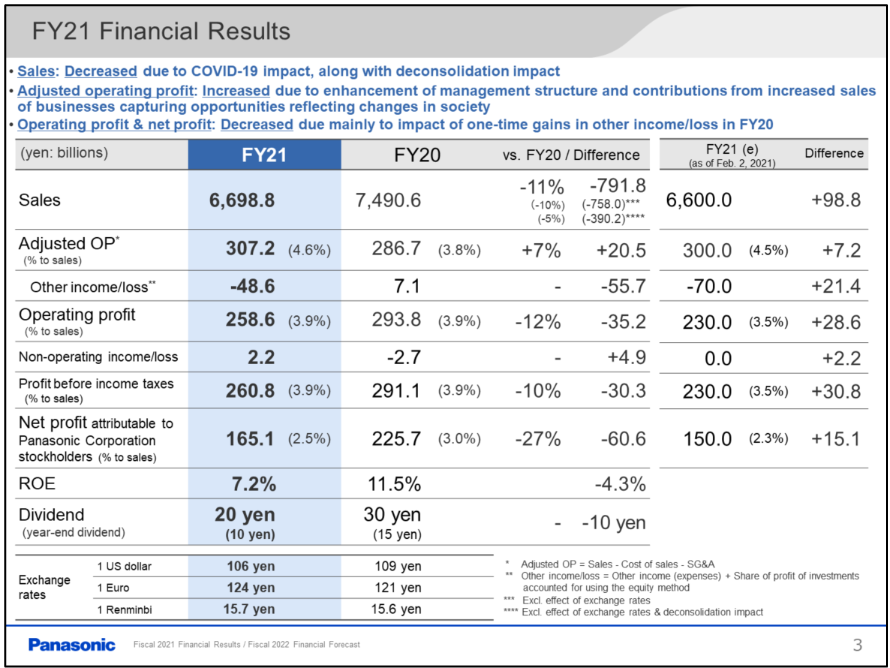 Our focus is on the Automotive category, which includes lithium-ion batteries for xEVs. The overall sales are down, while the profits are marginal.

Nonetheless, the lithium-ion battery production at the Tesla Gigafactory 1 in Nevada was profitable for the full year (FY2021), for the very first time ever. Panasonic doesn't provide any details on its EV-related business. 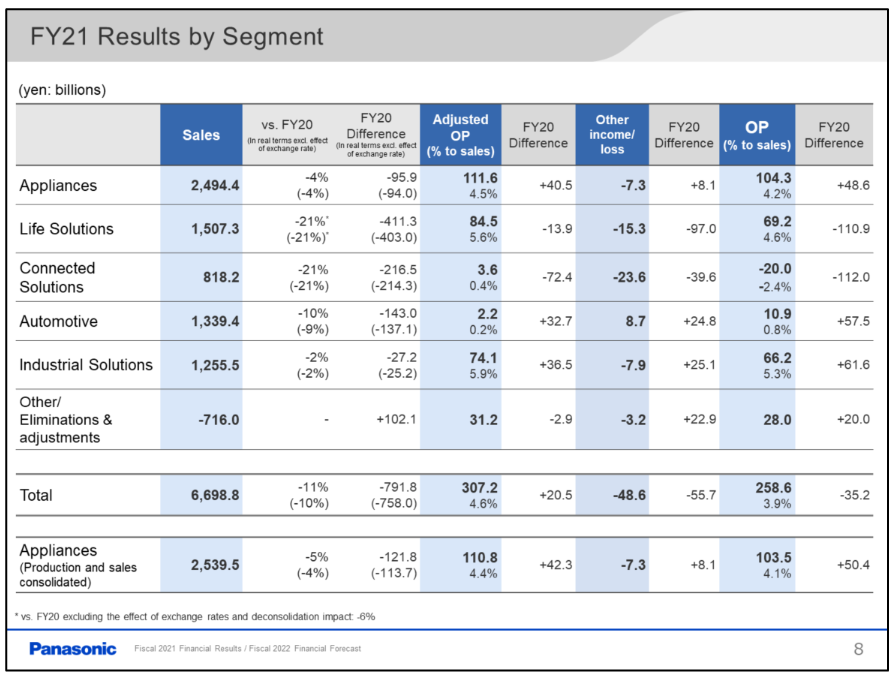 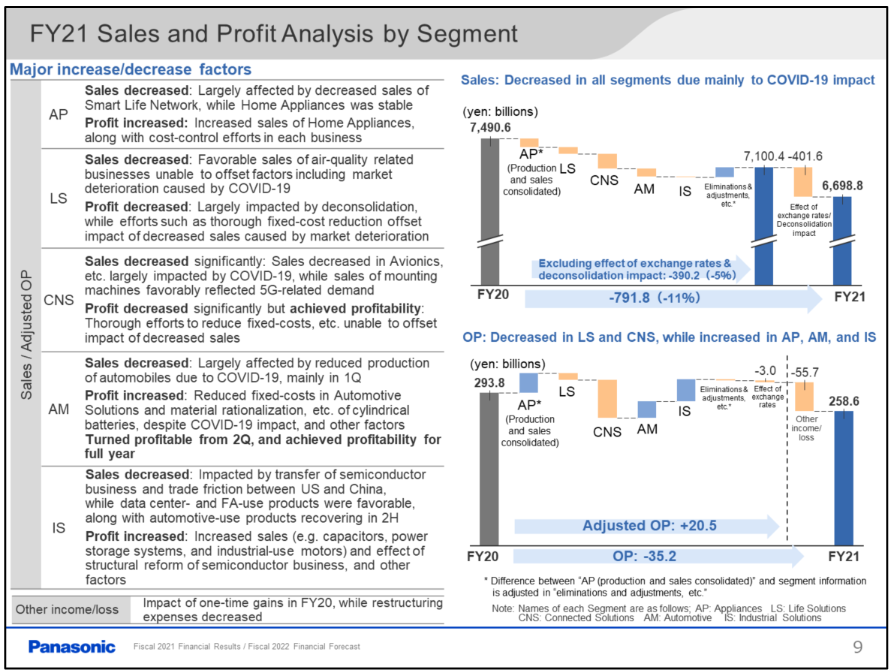 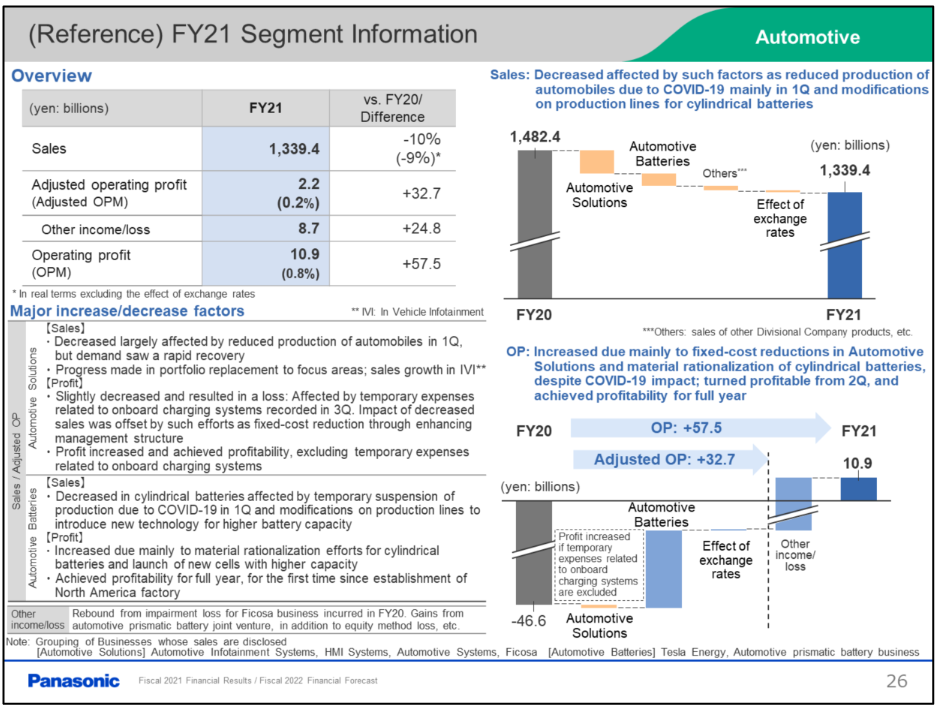 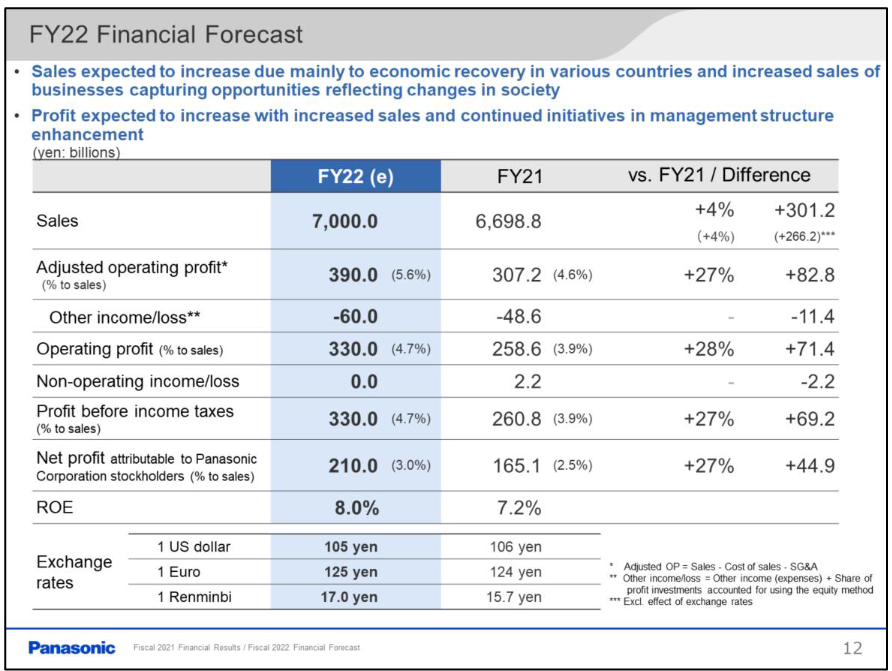 The Automotive category is predicted to grow by 16% year-over-year to 1,560 billion yen, while the operating profits will increase to 50 billion yen (3.2% of the sales). 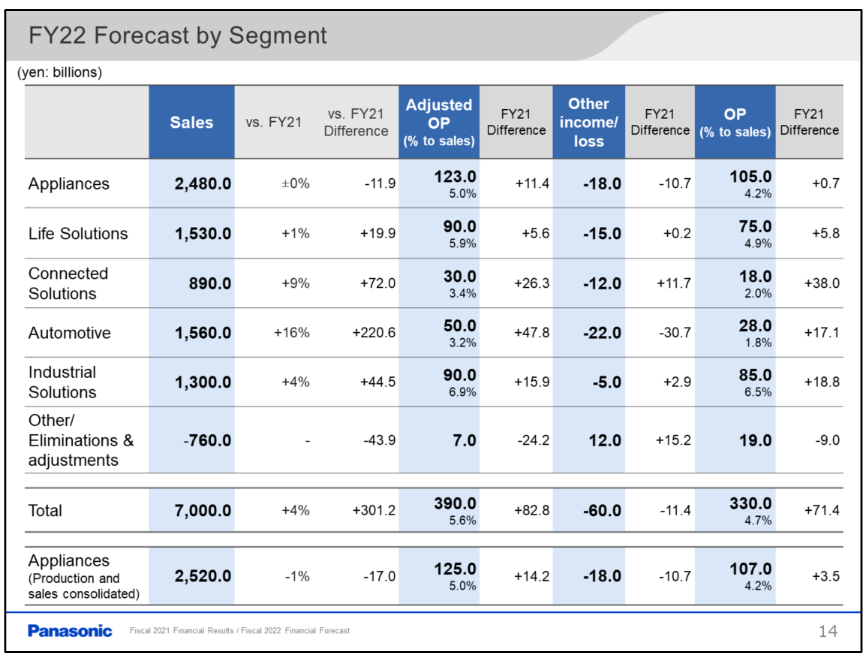 Panasonic expects higher production and sales of the cylindrical batteries with higher capacity (higher energy density) that were introduced in 2020 and are produced at the Tesla Gigafactory and in Japan (1865 type). 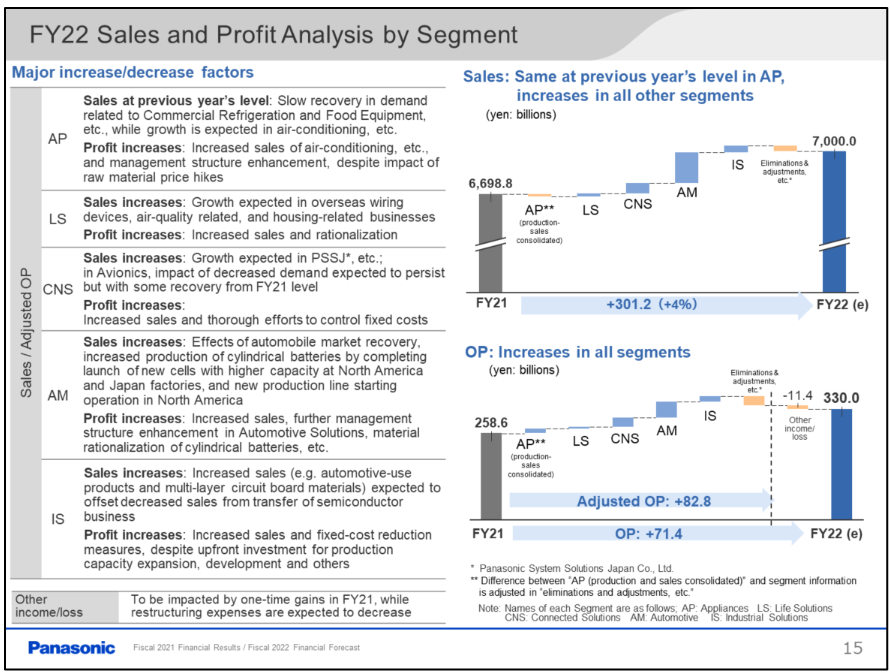 According to the report, in FY2022, Panasonic will add an additional production line at the Tesla Gigafactory in Nevada. 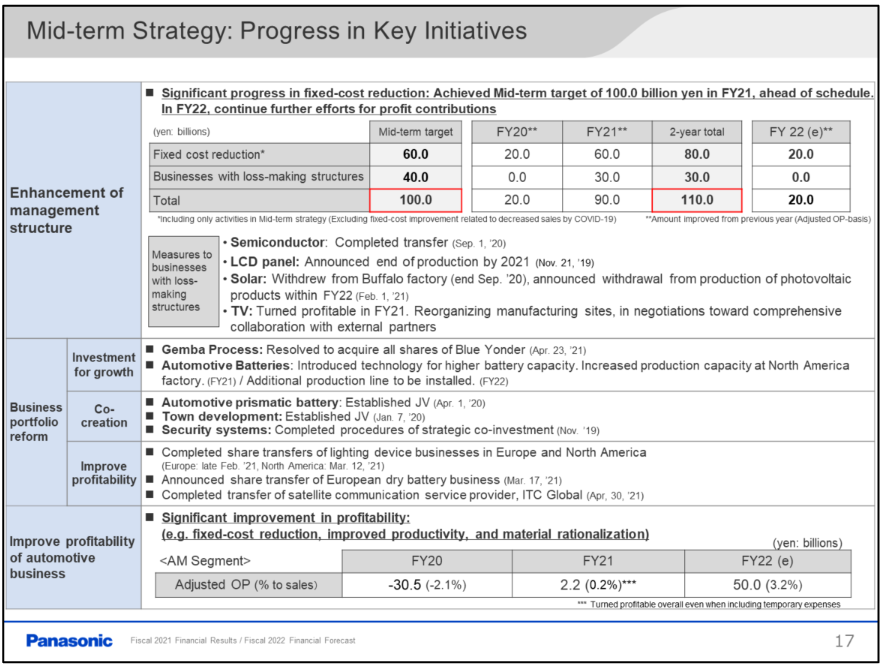 The next slide indicates that the plan for FY2022 is to install a new production line to achieve a manufacturing capacity of 38-39 GWh annually, compared to 35 GWh in FY2021 (13 production lines). We heard about this investment in Summer 2020 and thought it was already in progress.

An important thing is that Panasonic intends to expand also the battery production at its plants in Japan (1865 type).

Finally, the company said that it will install in Japan equipment for prototype production of Tesla's 4860 cells in FY2022. 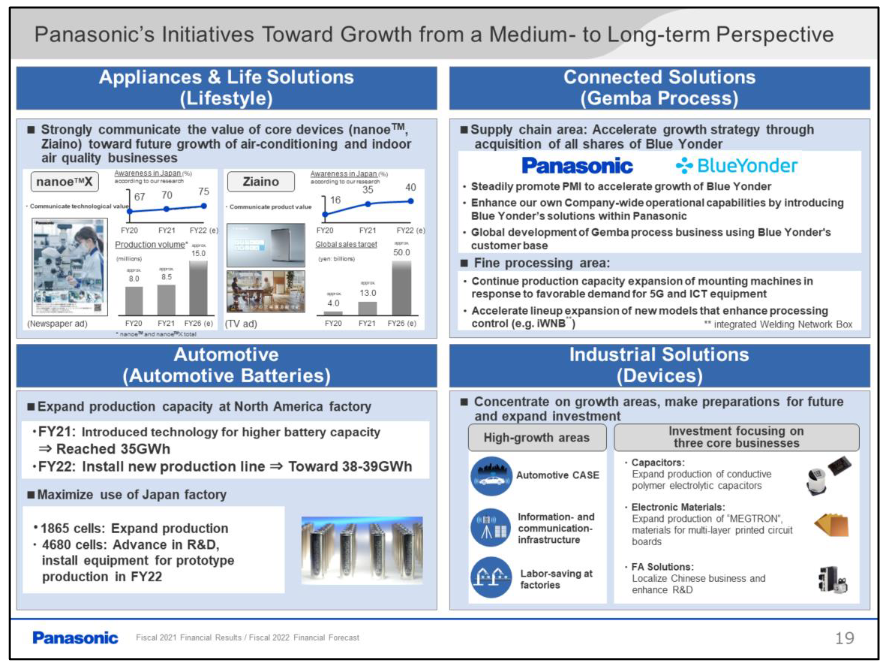