There are certainly some hoops you need to jump through, but it works once you get the hang of it.

Another InsideEVs writer, Tom Moloughney purchased one of these Setec Adapters and published an article on it. Some previous Tesla owners bought this adapter and it didn’t work for them, but Tom’s DID work. He paid $660 for it and tested it on both an Electrify America charger and a Charge Point charger.

I do a lot of long road trips. This summer, we have a 694-mile road trip from Arizona to Pueblo, where we have a 4-day class to attend.  The problem is there aren’t any Superchargers in Pueblo. The closest one is about an hour up the road in Colorado Springs. However, there is a new Electrify America charger in North Pueblo that would be more convenient. 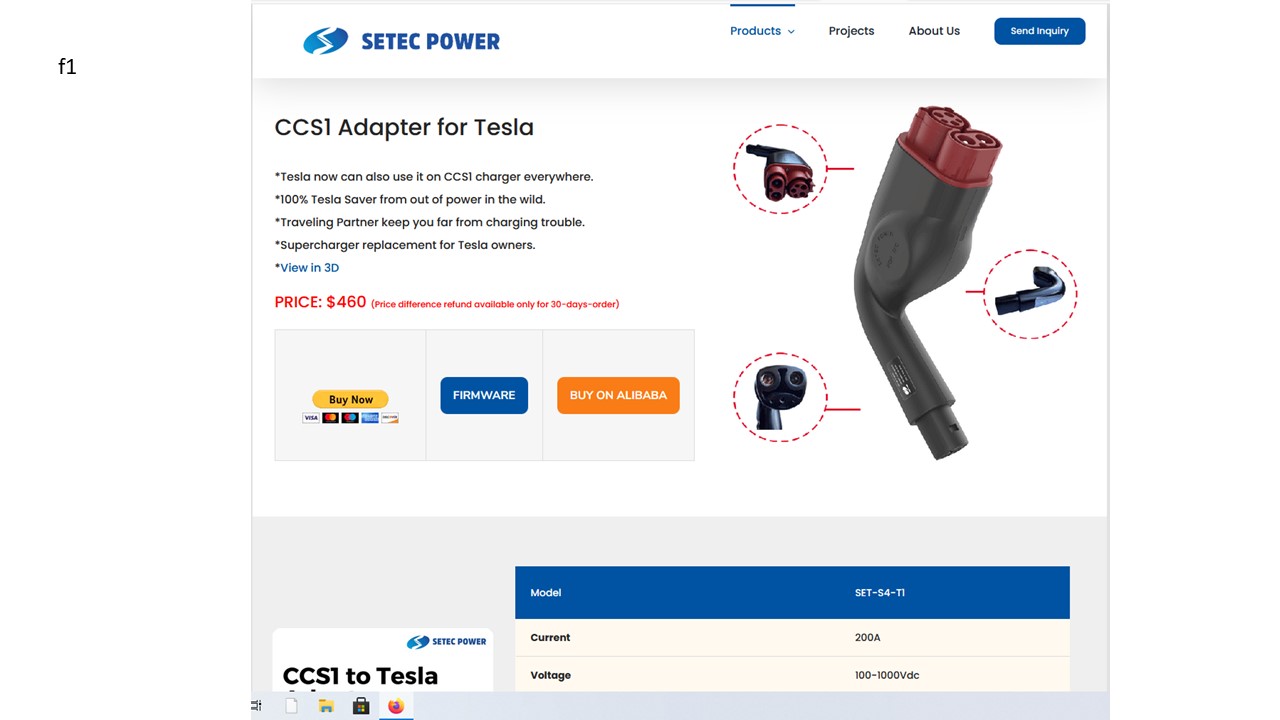 It’s from China, so I half expected it to have a long delivery time but, lo and behold, it showed up on my doorstep in only 4 days. Not wanting to wait for my summer Pueblo trip to test it, I had to find a place to test it in Phoenix, which is an hour and a half drive for me. Good excuse for a road trip!

I’ll tell you right up front it worked for me as well and I plan to keep it. However, it’s not something you want to use all the time though as it is a tedious unit to use as you will see below.

First off, let me explain that I’ve never used a CCS charger before, so there was that learning curve to deal with in addition to the Setec adapter.

You will need the Electrify America app on your smartphone. The charger I used also had credit card swipers, so if the credit card swiper is working then you might not need the app. I tried 2 of these chargers and the first one’s card reader did not work, which I’ve heard is fairly typical. Use your app to initiate charging and to tell the charger what station you are plugged into.

Second, you need your Tesla app on your phone to operate both the charge door AND to unlock the charger at the end of the charging session. (Although I learned you could remove the adapter and cable with the push button on the adapter as well). I’ve had situations where I haven’t been able to pull out the charge cord and it’s a very bad situation to be in. There’s also a cable you can pull inside the Model Y to manually release the charge cord in an emergency.

You will use your Electrify America app to select the charger you are on and to initiate the charge. The charger numbers are on the top of the charger.

The EA charging station I used is in the Arizona Mills shopping center in Tempe, AZ. It is the southwest corner of the shopping center located at the intersection of Interstate 10 and highway 60 freeways. It’s a very nice charging station with 8 chargers, and there wasn’t a soul there when I used it, which was good because it took me some time to figure out how to use it. In addition, I used another CCS charger as well to practice. 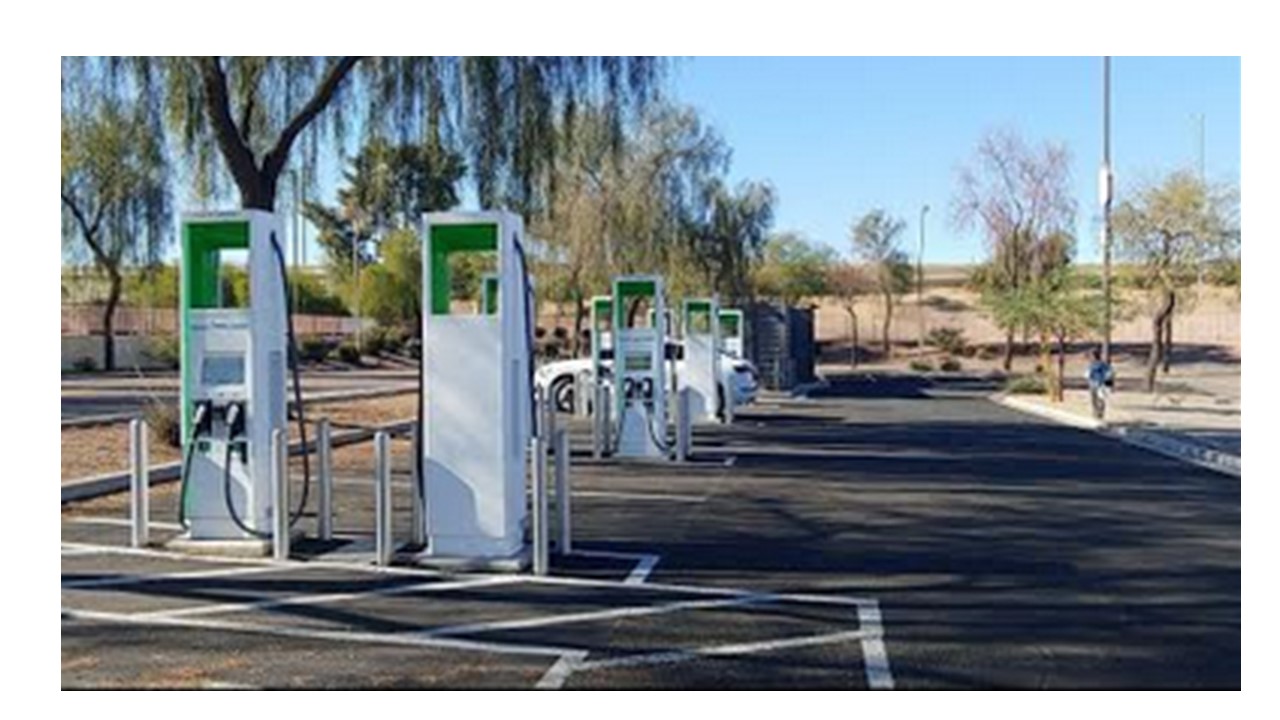 Getting back to lessons learned:

It’s best to have 2 people when you do this. Both people need to have Tesla apps on their phones. One person will use the Tesla app to open the charge door. The other person will operate the charging cord handle and EA app. Unfortunately, I was by myself, and it took me so long to learn how to plug it all in that both the charging station kicked me off AND the Tesla charge door closed.

Another caution: You are supposed to hook up the adapter to the charge cord first, then plug the cord and adapter into the car. This is the order I used (same as Tom) but the charger instructions say you can reverse the order, which might actually work better. Unfortunately, it took me so long to get up the learning curve and try 3 chargers that I was worn out and never tried the reverse order. That will have to be another test, along with a battery the was closer to empty so we could test the full 200 amp, 70 kW max rating on the charger.

Here’s the order I did all these juggling acts in:

Another lesson learned is you need to move along at a decent clip connecting the charge cord to the adapter and also the adapter and cord into the car and then swiping your cell phone app with your finger to initiate the charge. If you're too slow, the charger will lock you out and you have to start all over.

Don’t forget you have to tell the charger which charger you are on by using your app. As I said, that number is up on top of the charger. You have to look UP.

You will hear the station running as you are charging. If you want to discontinue the session, you do that with the charger, and although I did not try it, you could probably discontinue the charging session in your car or on your Tesla app. 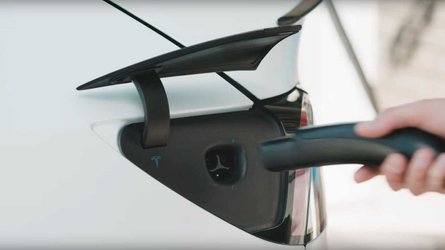 Tesla Will Not Switch To CCS1 Inlets In North America: Here's Why 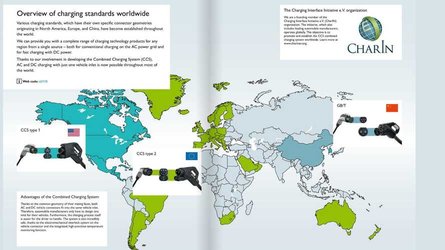 Let us know in the comments if you’ve tried one of these adapters and whether you could hook the adapter to the car FIRST, then the cord to the adapter. It might be an easier way to perform the juggling act.