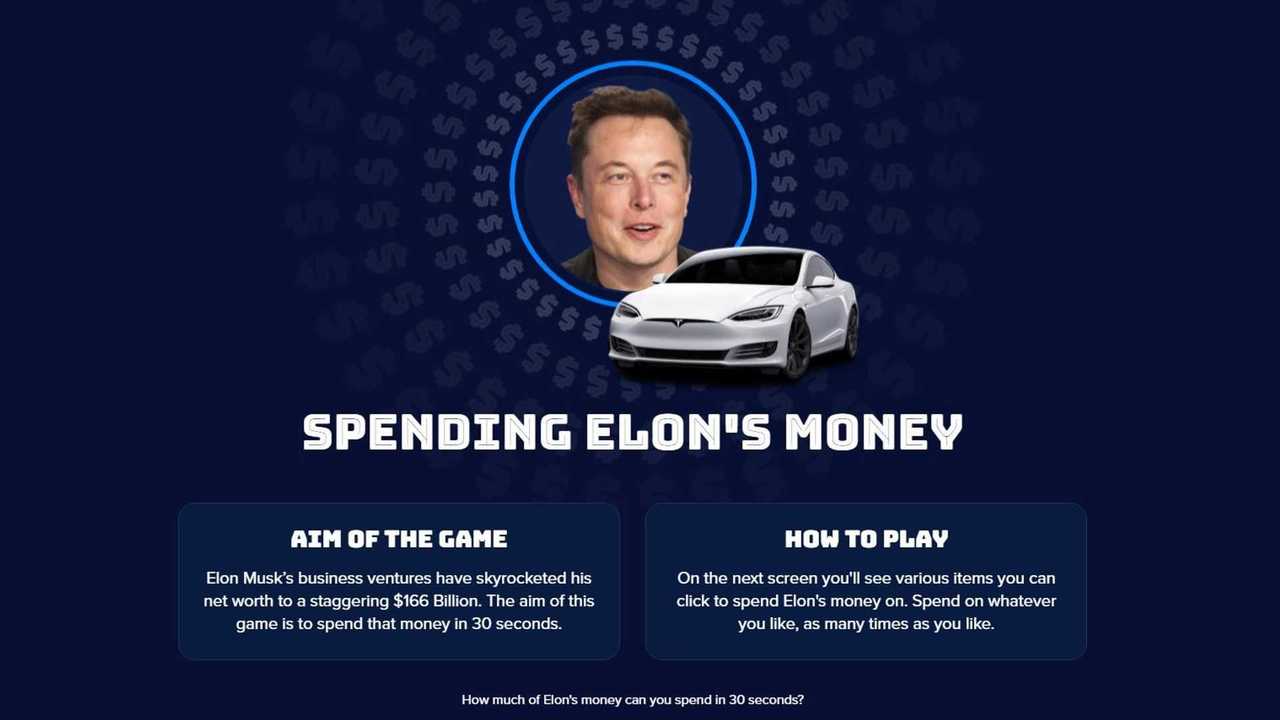 Can you spend Musk's fortune in just 30 seconds? Play the game and find out.

According to Leasing Options, Tesla and SpaceX CEO Elon Musk was considered the richest person in the world when his net worth hit some $166 billion. Of course, this is Musk's money on paper, due to the fact that he owns loads of Tesla stock.

Musk isn't selling the stock and using the money, but what if he could? More interestingly, what if you could do whatever you wanted with $166 billion? Well, you can, at least virtually. More on that later!

Leasing Options points out just a few things Musk could afford to buy with that big chunk of cash:

And, the list could go on and on and on. We haven't done the math and checked the above claims. However, the point here isn't in the specifics, but rather, the possibilities.

Leasing Options goes on to point out that Musk's $166 billion is more than Apple and Microsoft’s net income combined, which currently comes in at about $103 billion. Moreover, Musk's wealth exceeds all of his largest rivals in the automotive space. It's even more money than major automakers earn in revenue. For example, Ford ($156 billion), Honda ($120 billion), and GM ($116 billion).

Finally, the publication provides a breakdown of Musk's wealth over the course of several months:

Okay, now back to the game. Leasing Options created a game that only takes 30 seconds to play. Essentially, you have to try to spend Musk's wealth in just 30 seconds. Give it a try by clicking here. Once you've finished, leave us a comment. Did you pull it off?