Rivian continues to showcase its Electric Adventure Vehicles as they more than prove their advertised potential.

Rivian continues to share its Electric Adventure Vehicles' journey to production. In this recent episode, we see the R1T fully electric pickup truck taking a family up Wyoming's snowy slopes for a long winter weekend.

Rather than repeatedly touting and promoting its future vehicles with spec sheets, CGI footage, estimated range and acceleration figures, and the like, Rivian continues to tell us a story. And, it's a "real" story. While obviously somewhat sensationalized, Rivian's videos use actual vehicles in real-world conditions, which can't always be said about the competition.

When Rivian first shared its "Electric Adventure Vehicle" concept, we were intrigued. However, aside from the gear tunnel and the optional pull-out kitchen, we didn't have a whole lot to go on. That quickly changed once the upcoming all-electric automaker started sharing its own fascinating video series.

Regardless of what you think about Rivian, you can't make this stuff up. Sure, any company can tout some crazy, future electric vehicles with otherworldly specs. Heck, they can even turn those claims into an investment nightmare by moving forward with a SPAC and encouraging support for drawings of a non-existent vehicle with unproven specs.

Thankfully, Rivian hasn't gone down that road. Instead, it has had us along for the ride ever since it officially revealed its R1T electric pickup truck and R1S SUV. We've seen these vehicles endure ridiculous road trips, wild off-road conditions, and much more. Rivian writes:

"On the high mountain roads of the Tetons, Bryan Iguchi and friends piled into the R1T with kids, snowboards, skis, dogs, hitchhikers and smiles. Here are a few of the highlights from our recent trip to Wyoming..."

Rivian is also very clear that the people in the video are "trained experts in avalanche safety." The company advises you to proceed with extreme caution if you plan to head into the backcountry. 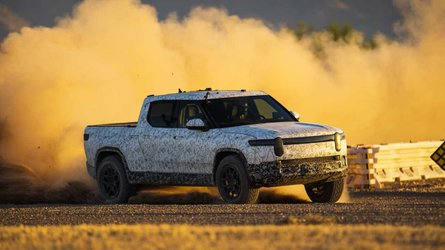 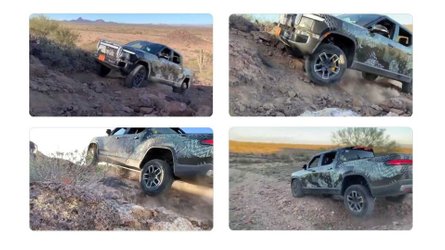 As always, check out the video and start a conversation below. Do we have any Rivian R1T reservation holders in the readership?