The livestream will start at 11 PM Pacific Time or 2 AM Eastern Time (February 23).

The IONIQ 5 is the brand's first dedicated electric vehicle to be sold under the IONIQ name/sub-brand, but many more will follow in the coming years.

The IONIQ 5 teaser campaign has presented us with a lot of looks at the car, both inside and out. In terms of design, the production IONIQ 5 won't stray too much from the Concept 45 show car upon which it is based.

In one of the previous teaser videos, the automaker mentions you will be able to put 100 km (62 miles) worth of range back into the IONIQ 5' battery in just 5 minutes. We also know the vehicle runs on an 800V architecture and it enables ultra-fast charging at a rate of up to 232 kW; this apparently is good enough to charge the battery from 10 percent to 80 percent in just 15 minutes - it will also come with a solar roof that will trickle-charge the battery. Its range is expected to be up to 342 miles (WLTP) with battery sizes of 58 and 73 kWh offered.

Inside, a truly flat-floor layout provided by the dedicated electric vehicle E-GMP platform should offer a generous amount of legroom. In addition, the Ioniq 5 will have a sliding front center console and fully reclining front seats, while the rear ones will slide back and forth.

The specs for the IONIQ 5 seem stout. We don't have any word on pricing just yet, but we expect a competitive dollar figure.

Look for us to present full details on the IONIQ 5 following its live debut.

We’ll have to wait for the official premiere to learn about the oily (well, electric) bits, but Hyundai has already confirmed fast-charging capabilities. According to the South Korean brand, it will take 18 minutes to charge the battery from 10 to 80 percent. Should you be in a real hurry, five minutes with the charging port plugged in will result in more than 62 miles (100 kilometers) of WLTP-certified range.

Hyundai is promising “ideal weight distribution” by installing the battery within the chassis and the electric motor(s) low. That will translate into a low center of gravity, which should help improve steering and offset what will likely be a high curb weight given the SUV’s size. The instant torque delivered by the electric motors should make the Ioniq 5 feel springy. 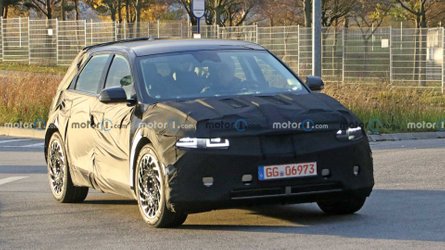 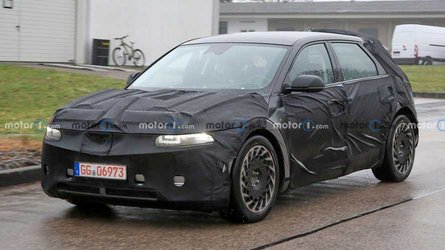 Here’s a fact for EV nerds – the air-conditioning module is no longer mounted inside the cabin. Instead, it now sits somewhere underneath the front hood in the extra space created after replacing the combustion engine with a much more compact electric motor.

We will have all the details later today (or tomorrow depending on where you’re reading us from). Following the Ioniq 5’s debut, Hyundai’s EV sub-brand will expand with the Ioniq 6 sedan arriving in 2022 as a production version of the stunning Prophecy concept. Come 2024, the Ioniq 7 will be added to the lineup as a bigger electric SUV.