We knew it had 22 modules, but did you know exactly where they were?

This February 18 is National Battery Day. Lucid made sure its Twitter followers knew about the date with a mesmerizing little video that you can see above and in the original tweet embedded below. It shows all the components of the 113 kWh battery pack that we’ll first see in the Air joining and separating so that we can see where all its 22 modules are.

We told you on September 9, 2020 – when the electric sedan's production version was revealed – that the battery pack for the first Lucid has 22 modules of around 5.1 kWh. At the time, we did not have an image that was good enough to present where all the modules were placed. The video provided that.

It allowed us to see that there are 18 modules placed transversely side by side in the lower part of the battery pack and a single one placed ahead of them, also crosswise. In the superior portion, there are three other modules: two perpendicular to the battery pack, in its rear and also placed side by side, and a single one in front, placed longitudinally. It seems to be the only one in that position. 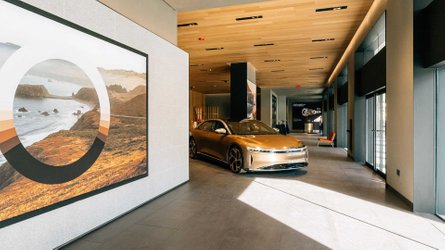 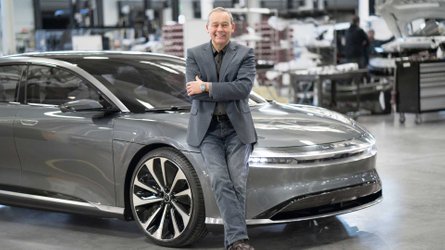 Lucid CEO Says Automaker Is Ahead In Tech Race, Even In Front Of Tesla

While the rear modules seem to be hidden by the rear seats, the longitudinal one appears to be located under the dashboard, in a position where it will not compete for space with the occupants.

Not only it is not as big as we expected: Lucid promises that it will be one of the most advanced ones in the market, with 900V. That will allow it to present the fastest charge among its competitors. Nice way to praise a special date that most people must have never heard about.