The Taycan takes out the glass in a pedal mix-up mishap.

We've seen this sort of event happen before. Typically, a Tesla is driven into a building due to pedal misapplication, meaning that instead of hitting the brake, the driver pushes down on the go pedal and then destruction follows. In the case of many of the Tesla wrecks, the owners claim sudden unintended acceleration. Investigations have proven that not to be the case though.

In this instance, the vehicle involved is an equally fast Porsche Taycan and the claim is the same. The accelerator pedal was supposedly pushed down instead of the brake pedal. The result though is much the same with the Taycan smashing through the building.

However, the story seems to have a bit of a twist. As our fellow colleagues over at Motor1.com state:

The vlogger claims it all happened after he mistakenly hit the accelerator pedal instead of pressing the brakes, but we all know the real story here…. That’s actually his car and he decided to take delivery in a rather destructive way.

But there's some backstory here too. It seems this same vlogger posted a video that shows him setting his Mercedes on fire after the dealership failed to fix it after numerous attempts. That video went hugely viral and it's quite likely the point of this Taycan video is clicks and views too.

However, that's quite a bit of cash to lay out, as he did indeed purchase this Taycan before smashing and crashing through the window. It may well be a stunt, but it's a destructive and costly one, that's for sure.

Take a look at the window-smashing video and let us know your take on it in comments below. 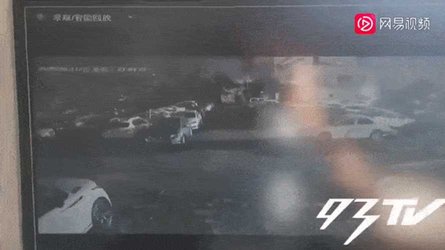 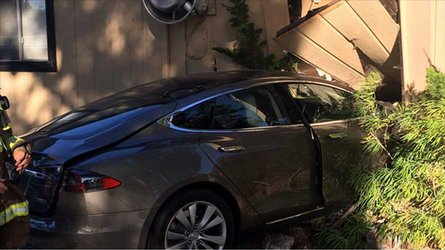 Sudden Acceleration Again Blamed For Tesla Model S Crashing Into Restaurant
By: Eric Loveday
++
++
Got a tip for us? Email: tips@insideevs.com