Plug-in electric car sales in Norway significantly increased in January, however, it's a very different month than December.

The number of new passenger plug-in registrations amounted to 8,309 (up 35% year-over-year), which represents 80.7% of the total market! Considering that hybrids are at 8.1%, the conventional gas and diesel cars are now on the bottom of the barrel.

The year 2021 should be another year of growth, although because the next milestone would be to crack 90% market share, there is not much room for spectacular growth like in the previous years. Norway simply is already there, where the rest of the world is still heading there.

In January, the top model in Norway was Toyota RAV4 (812), but we don't know yet how many of those fall on the plug-in hybrid Toyota RAV4 Prime.

The second-best overall, and the top all-electric for sure is the Audi e-tron (734), which was the top-selling plug-in car in 2020.

The BEV registration results already in our database: 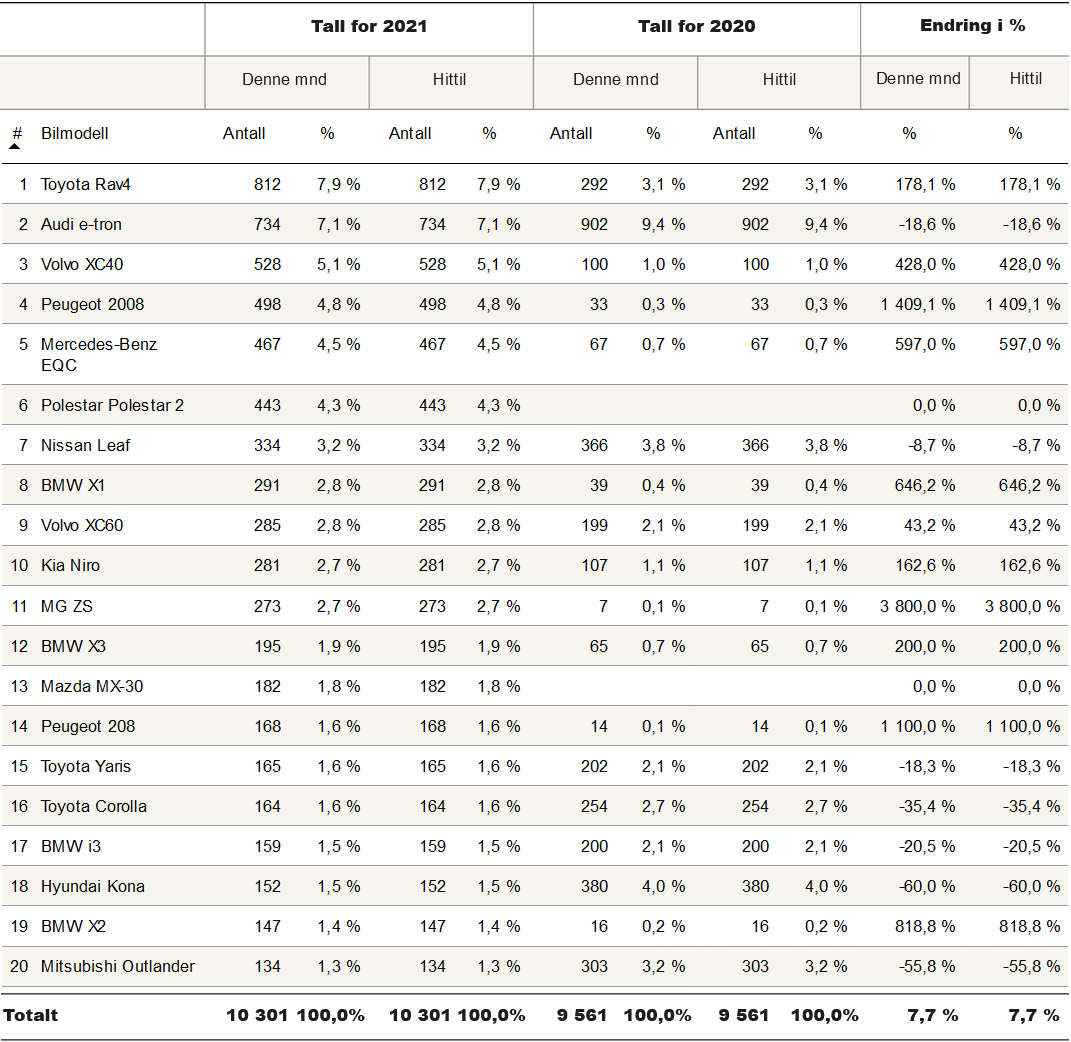