According to reports, the company redirects customers with pre-orders to buy a different version.

It seems that Tesla will not introduce the previously announced Long Range Rear-Wheel Drive version of the Model Y in the U.S. (at least not in the foreseeable future).

According to Teslarati, pre-order holders are getting notifications that the version is canceled, despite just a half year ago Tesla's Elon Musk said that it was coming:

Meanwhile, the company has introduced the Standard Range Rear-Wheel Drive version with less than 250 miles of range. In other words, it's the second move in the opposite direction of what's been announced.

Anyway, the customers interested in Model Y LR RWD are redirected towards the closest versions: SR RWD or LR AWD.

A big positive outcome is that the other version can be purchased with the "old" (lower) price of the Full Self-Driving feature:

"Tesla enthusiasts who pre-ordered the Model Y Long Range Rear Wheel-Drive variant are being told to choose another configuration of the company’s all-electric crossover. Tesla is honoring its Full Self-Driving suite’s price from the date of the pre-order, however, giving a slight discount to owners who planned to equip their LR RWD Model Y with the company’s semi-autonomous driving suite."

It's not known why Tesla resigns from the single-motor Model Y LR, but we can assume that it will not back on the table anytime soon.

Here are all three versions of the Model Y currently available: 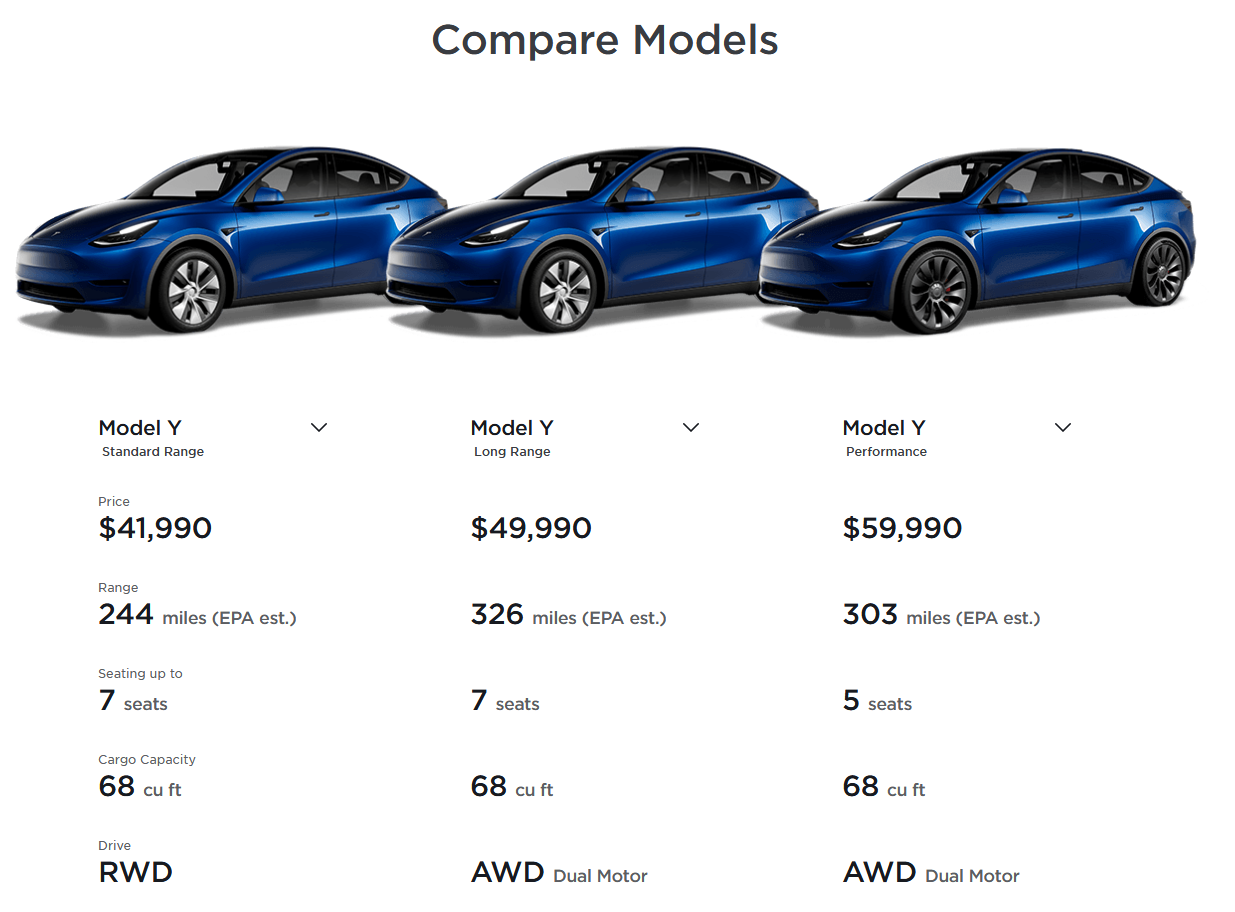